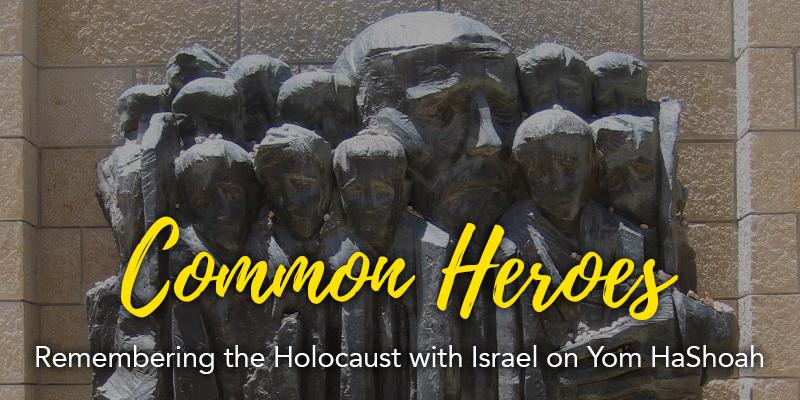 Remembering the Holocaust with Israel on Yom HaShoah

One way each of us can fight anti-Semitism is to make sure the Holocaust is not forgotten. The generation of people who survived the Holocaust more than 70 years ago is dwindling. What will happen when they are gone? Many of them fear that the very real and horrific things they went through will fade from public awareness after they are no longer around to remind us.

We must make sure that doesn’t happen.

That’s why we join with Israel to commemorate Yom HaShoah (YOHM Ha-SHO-ah), Israel’s Holocaust Remembrance Day. “Shoah” means catastrophe, and this year, the memorial day begins at sundown May 1.

The Holocaust resulted from Adolf Hitler’s determination to eliminate all people groups he deemed undesirable. These included the disabled, gypsies, homosexuals, and most of all, the Jewish people. Between 1933 and 1945, his regime worked to systematically murder six million Jewish people and millions more who didn’t fit Hitler’s definition of acceptable.

From the horrors that took place in World War II rose stories of heroes who saved Jewish lives. Some names are well-known, like Oscar Schindler and Corrie Ten Boom. But there are also many others whose stories of bravery are largely unknown. When faced with barbaric disregard and cruelty toward their fellow man, these ordinary people showed remarkable courage and kindness. Here are a few of their stories.

Jewish men crowded into the basement of the town hall in Sosnowiec, Poland. They’d been rounded up by Nazi soldiers just four days after Germany invaded Poland. Marched at gunpoint, they were led to the stuffy, windowless basement. “Who is the rabbi?” a soldier demanded. “Step forward now, or 10 men will die!”

An elderly man stepped forward. The soldiers grabbed him and took him out of the room. They beat him mercilessly and pulled out half of his beard. When they finished assaulting him, they threw him back in the basement with the others.

The old man was not the rabbi. The rabbi was not among that collection of men. The noble, aged man could see what lay ahead. How many tens of men would die because no rabbi was present to step forward? He offered his life to save others.

As it turns out, the men were let go that day. They were conscripted to work for the Germans for a time before being sent to various concentration camps where many of them died.

Manya Friedman knows the story of the elderly Jewish man because her father was among the men taken to the city hall basement that day. Eventually, she and her family were deported, first to a ghetto and then to different camps. Manya was 13 years old when she was taken to work at Gleiwitz camp.

Years later, in January 1945, as the Russians advanced on Germany’s strongholds, Nazi commanders talked about evacuating the camp. Manya’s friend, Lola, was very sick in the infirmary. Because every morning, the soldiers threatened to burn everything down after they left with the able prisoners, Manya was determined to get Lola out. She convinced another friend to help, and together, they succeeded.

The three girls joined other prisoners, and officers took them to a train station where they were loaded into open railway cars with no roof. Each one received bread and a blanket. The blanket did little to stave off the bitter winter cold. Manya knew Lola was too weak to survive the trip without help. She led her to a corner of the car and stood in front of her friend. With her hands on the side rails and her back to the pressing hoards, Manya protected Lola from being crushed. For 10 days, Manya guarded Lola in that train car. When it was finally over, her arms were bruised and swollen.

All three girls survived the war, and Manya and Lola remained close friends after they emigrated from Europe and settled in different parts of the world.

During that terrible train ride, Manya and the others were not given water or additional food. In the miserable conditions, a girl had fainted in the next train car. A nurse from their camp was in that car, and, even in the face of her own suffering, the woman cared for others among her. When the train stopped at a station, the nurse climbed up on the rails with a tin cup and begged a soldier for some water for the girl. Instead of giving it to her, he shot her. She fell to the ground between two cars. This nurse gave her life to help another.

The bread they’d received at the start of their appalling journey did not last long. Without water, prisoners quenched their thirst with the snow that fell on their blankets. They were cold, thirsty and hungry. At one point, they found themselves stopped at a station in Czechoslovakia. Manya remembers the Czech people as very kind. They attempted to give the prisoners food and water, but German soldiers prevented it, even shooting some of those who tried.

Despite the danger, some Czech citizens were so determined to help the caged prisoners that they stood on overpasses and threw food down into the railway cars as they clattered by underneath. How many spirits did these ordinary heroes revive by their kindness? How many lives did the Czech people save by their unyielding compassion?

Manya was deported directly from her place of employment and sent to the Gleiwitz work camp, but her parents and siblings were taken to Auschwitz. She didn’t know what happened to them until decades after the war ended.

Manya was at a get-together in Israel, where Lola had settled, and met someone who had been on the same transport as her parents. This person told her that during the selection process at Auschwitz, her mother and little brother were separated in a different line from her father and an older brother. Manya’s father couldn’t bear to let his wife and young child go alone to their fate. He left his line and joined them in theirs. They were all killed.

At first, Manya was angry at her father. After all, if he had stayed in his line, perhaps she would have had some family to reunite with after the war. But later, Manya came to appreciate his great love that would not let his wife and child go through alone what lay ahead.

Manya was rescued from Rechlin labor camp by the Swedish Red Cross in April of 1945. She eventually immigrated to America and spent many years volunteering at the United States Holocaust Memorial Museum (USHMM). She traveled extensively, telling her story. In a USHMM interview recorded in 2013, just a few months before she died, Manya said:

“I still have a hard time comprehending how this could have taken place. And that’s why we’re trying to teach you – like a warning – what can happen when we do not speak up, when we do not get involved…. Please speak up when you see injustice…. We have to be on the lookout.” 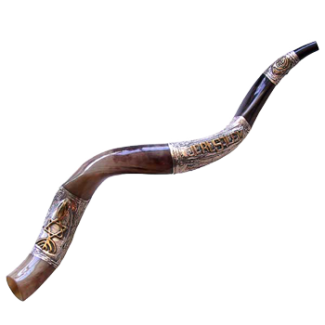