The Potential Annexation of the West Bank

With the calendar turning to July this week, the discussions concerning the potential annexation of the West Bank and the need for peace have heated up and everyone has something to say – from leaders in Israel, the United States, Jordan and the Palestinian Authority (PA) to those who are part of terrorist group Hamas.

Sunday night, Prime Minister Benjamin Netanyahu addressed a virtual summit of Christians United for Israel (CUFI). In a video message he said, “Applying Israeli law to areas of Judea and Samaria that will remain part of Israel in any future peace deal will not set back the cause of peace; it will advance peace.”

This summit was held just days before July 1, when Israel could legally move forward with its plan to annex parts of the West Bank.

“I encourage the Palestinians not to lose another opportunity, not to waste another century, trying to destroy Israel. They should sit down and negotiate in good faith. They should be prepared to negotiate a historic compromise that can bring peace to Israelis and Palestinians alike. Israel is prepared for such negotiations; I am prepared for such negotiations,” Netanyahu said, according to The Jerusalem Post.

He said, “extending sovereignty in other places are decisions for the Israelis to make.”

Pompeo noted that Netanyahu wants “our Middle East peace vision to be successful” and that he regrets that the PA has refused to participate.

He said the U.S. administration has asked “Israel and the Palestinian people to come to the table to negotiate a path forward and to find a resolution to this decades-long challenge. I remain hopeful that in the coming weeks we can begin to make real progress towards achieving that.”

GANTZ SAYS PRIORITY IS DEALING WITH CORONAVIRUS AND ECONOMY

“July 1 is not a sacred date,” Gantz told U.S. Mideast envoy Avi Berkowitz, according to a source close to the defense minister. “Dealing with the coronavirus and its socioeconomic and health consequences is the more pressing issue that needs to be attended to right now.”

Citing that it would cut the West Bank in half, effectively preventing the establishment of a Palestinian state in the region, the Jordanian Foreign Minister Ayman Safadi said Jordan would not accept even a partial annexation by Israel, according to The Jerusalem Post.

Palestinian Authority President Mahmoud Abbas expressed a similar view. He has threatened a harsh response if Israel annexes even an “inch.”

HAMAS SAYS ANNEXATION WOULD BE "DECLARATION OF WAR"

Late last week, a spokesperson for the military wing of Hamas said Israel’s planned annexation of parts of the West Bank constitutes a “declaration of war.”

“The resistance considers this decision to be a declaration of war upon the Palestinian people. The resistance will be the loyal and dutiful guard of the people throughout this war, acting in defense of our people, our land and our holy sites. We will make the enemy bite his fingers in remorse for this sinful decision,” the spokesperson, known by his nom de guerre Abu Obeida, said in the speech, according to The Times of Israel. 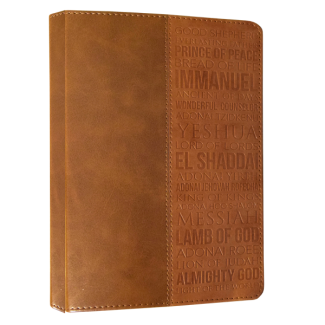 When you give a gift of $20 or more to provide support for Messianic ministries in Israel and critical resources to Jewish people around the world, we’d like to bless you by sending our NEW Names of God Journal. Whenever you use it for recording your thoughts, study notes or prayer items, this Names of God Journal offers you encouragement. The journal measures 5.5” x 8.25”, giving you ample room to write while remaining a perfect size to carry along with your Bible or other books. Request yours today!

So, it seems the wait goes on concerning the West Bank annexation. Meanwhile, the numbers seem to indicate Israel could be entering a second wave of coronavirus. Daily infections have been steadily climbing since lockdown rules were eased in May. Officials were at odds on how to respond but eventually came to an agreement and reinstated some of the previous restrictions.

On Monday, after a wave of coronavirus infections over the past month, the Israeli government decided to limit public gatherings and reimpose some of the previous restrictions to stem the outbreak.

At least 30% of employees in the public sector will be required to work from home. In addition, university and college exams will be held remotely.

The restrictions will be in force starting July 9 and will expire July 31 unless extended.

The number of active virus cases has soared by over 4,000 since June 1. The government reopened the economy and schools in May.

On Sunday, Netanyahu said Israel was facing a “rising wave” of infections, but the government and senior health officials last week maintained that another nationwide lockdown could still be avoided.

Join me in praying for God to give His people strength and peace in the days ahead. Please pray with me for: