“May the God of hope fill you with all joy and peace as you trust in Him, so that you may overflow with hope by the power of the Holy Spirit”

This weekend is Shavuot/Pentecost! Historically, this period of time has been one of waiting in hopeful anticipation of what the Lord has in store for the season ahead for His people.

I believe God is working in wonderful and amazing ways during this challenging time and will continue to unfold His plan. We just need to wait on Him with hopeful anticipation, knowing He is at work no matter what our circumstances.

Speaking of anticipation, I am very excited to invite you to join us for Night of Promise – Friday, May 29 at 8pm EDT. We have a wonderful lineup of musical artists, pastors and ministry leaders coming together for an evening of revival, encouragement and unity to celebrate Shavuot/Pentecost. It will air on more than a dozen TV stations and stream online at the JVMI Facebook page. You can learn more about this extraordinary event at nightofpromise.com.

I also want to keep you updated on the political chess game surrounding Israel and the West Bank annexation. Prime Minister Benjamin Netanyahu plans to move forward in July and that has stirred things up with both the Palestinian Authority and Jordan. Read more below – and please continue lifting up Israel and the Middle East in your prayers.

JORDAN THREATENS TO REVIEW ITS RELATIONSHIP WITH ISRAEL

If Israel goes forward with the controversial plan to annex parts of the West Bank, leaders in Jordan warn they will review their relationship with Israel.

“We will not accept unilateral Israeli moves to annex Palestinian lands and we would be forced to review all aspects of our relations with Israel,” Jordan’s Prime Minister Omar al-Razzaz told the official Petra news agency.

The plan, which has been rejected by the Palestinians, gives the go-ahead from Washington, D.C. for Israel to annex Jewish settlements and the Jordan Valley, a section of land that runs along the border of Jordan.

In an interview with German magazine Der Speigel, Jordan’s King Abdullah warned that if Israel annexes settlement blocs in the West Bank, not only could it cause an increase in regional extremism, it could lead to a clash with the kingdom [the royal family of Jordan].

“I do not want to jump to statements and threats, and I will not prepare the ground for confrontation, but we are studying all the options and formulating understandings with many European countries and the international community,” said Abdullah.

Jordan is the only Arab state apart from Egypt to have a formal peace treaty with Israel. But the relationship has been tense in recent years despite the 1994 agreement. And opinion polls have repeatedly found that the treaty is overwhelmingly opposed by Jordanians, more than half of whom are of Palestinian origin, according to The Times of Israel. 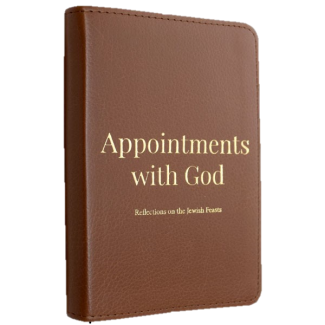 When you give a gift of $20 or more to provide support for Messianic ministries in Israel and critical resources to Jewish people around the world, we’d like to bless you by sending our book, Appointments with God: Reflections on the Jewish Feasts. This book will guide you to find deeper meaning each year in these “appointed times” that mark a variety of remembrances, offerings and celebrations including Shavuot, that God established for His people. Request your copy today to learn how you can celebrate Shavuot for years to come!

Late last week, Israeli sources confirmed that the Palestinian Authority (PA) is following through on its threat to end security coordination between the Israeli military and Palestinian security forces.

In addition, civil ties between Israel and the PA are set to cease, according to The Times of Israel. This is all in response to the new Israeli government’s plans to annex parts of the West Bank.

Defense officials warned that stopping cooperation could lead to an increase in violence and more clashes between Israeli troops and Palestinians.

“Israel’s annexation of any parts of the West Bank constitutes an existential threat to the Palestinian national project and an end to the two-state solution,” said PA Prime Minister Mohammad Shtayyeh, according to the PA’s official Wafa news agency.

This decision was made in response to President Trump’s administration endorsing Israeli annexation in parts of the West Bank within the framework of its peace plan, released in January.

The IDF squad veered off course during a routine patrol and were told by Palestinians to head back, according to Ynet News.

This type of incident happens occasionally, but with the recent development of the PA ending security cooperation and civil ties with Israel, they could take a different turn.

Join me in thanking God that He is our hope and we can trust Him completely no matter our circumstances. Please pray with me for: