So much is at risk in Israel, we can’t just watch and wait

A second election hasn’t solved Israel’s political trouble. Here’s what’s next, and what you can do to help.

A week after the unprecedented second round of elections in Israel in one year, there is no winner.

While Prime Minister Netanyahu ran neck and neck with the centrist Blue and White party – neither have been able to secure the 61-seat majority.

As there’s no majority winner, President Rivlin yesterday selected Prime Minister Netanyahu to form a coalition government, saying that he has the best chance for success. Netanyahu has 28 days to negotiate with other parties to form a government.

But if he is unable to get a majority, Benny Gantz, leader of the centrist Blue and White party, will be given a chance to form a coalition.

At the end of the process, if neither candidate is able to build their coalition, candidates will continue to campaign in preparation for the third round of elections – a situation which has never occurred. 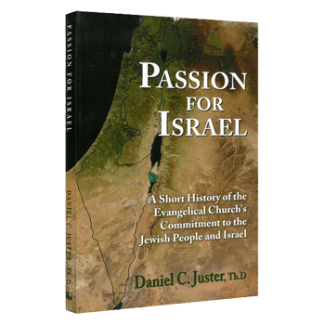 Get the Passion for Israel Book

“Passion for Israel: A Short History of the Evangelical Church’s Commitment to the Jewish People and Israel” aims to help heal past wounds and inspire more Christians to stand together in support of Israel.

Unfortunately, a third election looks likely as neither candidate's usual supporting parties will provide a majority. And every attempt so far to open negotiations between the two coalitions has broken down almost immediately.

The next few weeks are critical. Israel's enemies could well try to take advantage of the confusion. Additionally, after more than a decade of strong, right-wing, conservative leadership, a large political shift could lead to any number of unexpected outcomes for Israel and the surrounding region.

If there was ever a time when we needed God’s divine intervention on behalf of His people, it’s now.

God is in control of all outcomes. He knows of the threats against His people. He knows of the promises He’s made — and of the leaders He’s chosen to accomplish His will in Israel, and ultimately around the world.

But He also commands us to pray. You can join us in praying during this critical season for God to:

But will you also give a generous gift?

As Believers in Jesus, we have an obligation to stand with and support the Jewish people – in Israel and around the world.

In addition to prayer, your gift today will support the Jewish people and their neighbors – by providing dental and eye care to Holocaust survivors in Israel, as well as resources for a wide range of Israel-based ministries.

Most importantly, your generosity will help share the desperately needed hope of the Good News of Yeshua (Jesus) during times of uncertainty like this one.