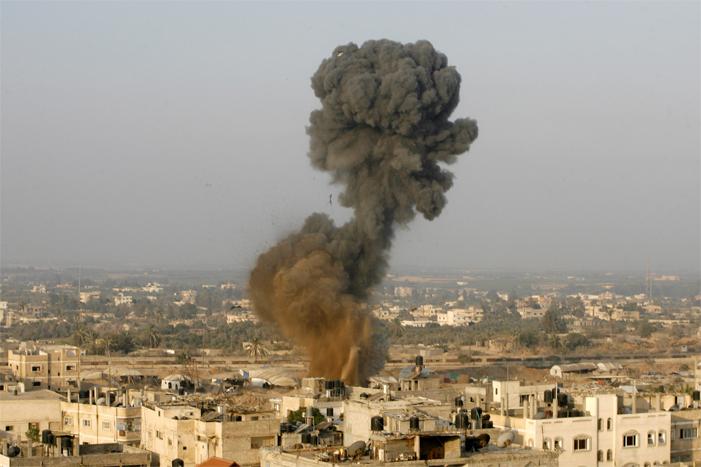 Late in 1987, tensions between the Palestinians and the Israelis boiled over in what became known as the first intifada—the uprising. Two days after a Jewish worker was stabbed and killed in Gaza, an Israeli tank transport killed four Palestinians in a traffic accident. Palestinians declared the collision an intentional act of revenge for the earlier murder, which sparked mass rioting among the Palestinians of the West Bank, Gaza, and Jerusalem.

Violent mobs filled the streets, burning tires, destroying vehicles and throwing stones and Molotov cocktails at Israeli soldiers trying to maintain order. Rioters also bombed the U.S. Consulate in Jerusalem. A number of Palestinians were killed or wounded during attacks on Jewish troops; another large group was killed by other Palestinians after being accused of collaborating with Israel. It is believed that as many as 2,000 may have died during the six years of sporadic fighting and violence. The staggering Palestinian unemployment rate, the systematic corruption of the Palestinian Authority government, and the cramped living conditions all contributed to the uprising that continued until the signing of the Oslo Accords in 1993.

The second intifada began in 2000 and was much more deadly. It featured more full-scale military conflicts, resulting in the deaths of an estimated 6,500 Palestinians and more than 1,100 Jews. This uprising began shortly after the failure of the July 2000 Middle East Peace Summit at Camp David where President Clinton had invited Prime Minister Ehud Barak and Yasser Arafat to move peace negotiations forward. The talks, although hopeful at first, failed to produce any agreement when Arafat refused the major concessions offered by Israel. Evidence uncovered later revealed that Arafat covertly played a role in launching the unrest to try to gain what he could not through negotiations.

During the following six years, off-and-on fighting between Israeli troops and Palestinian militants continued, along with suicide bombings and missile and mortar attacks against Jewish civilian populations. Palestinian claims of Israeli atrocities were found to be baseless, but they contributed to the continuing unrest and violence. An uneasy truce was declared in 2006, which is generally considered to mark the end of the second intifada.