What Is Messianic Judaism?

Messianic Judaism is the name given to New Covenant faith in Yeshua (Jesus) as Messiah by those who are of Jewish heritage.

It also invites into fellowship Gentiles who are called to embrace an expression of faith in Yeshua in a Jewish communal context. One of the most disconcerting things about the separation that has grown between Christianity and Judaism is the belief by Jewish people that Jesus contradicts and opposes Judaism. On the contrary, Yeshua Himself was Jewish, as were most of His first followers and disciples.

Yeshua is the Messiah of the Jewish People. Messianic Judaism is an expression of faith in Yeshua that combines the lifestyle and heritage of Judaism with the New Covenant teachings of Jesus as the only provision for salvation from sin and God’s New Covenant prophesied in Jeremiah 31.

In the early days of the Jesus Movement of the 1960’s and 70’s, young people came to faith in Yeshua by the thousands. Among them were many Jewish youth who were also mostly secular and far away from their Jewish heritage and family faith. There were not many Jewish people in Christian churches that were estranged from their Jewish heritage and identity. Though there have been Jewish believers in Yeshua from the beginning of Jesus’ ministry, a reinvigorated Messianic Judaism emerged in order to embrace the heritage and Jewish roots of new Jewish Believers. Messianic Judaism allowed them to preserve their Jewish identity and grow in their New Covenant faith in Yeshua. 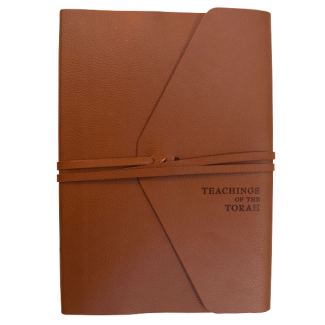 Messianic Jewish congregations combine New Covenant faith in Yeshua with teachings and practices in the Hebrew Scriptures. Services often have a Jewish “feel” with the incorporation of some traditional Hebrew prayers and customs. Worship music may include traditional, upbeat Jewish melodies with both Hebrew and English lyrics as well as songs of faith from historical and contemporary Christian services.

Today, many Gentiles are drawn to discover the Jewish roots of their faith in Yeshua, knowing that He was Jewish and that the New Covenant is the continuation and completion of the Hebrew Scriptures. Messianic congregations all over the world are comprised of both Jews and Gentiles. This is a beautiful expression of what the Apostle Paul described in his letter to the Ephesians as the “one new man.” Both Jew and Gentile are now united in the Jewish Messiah Yeshua.

Yeshua made it clear: there is no other way to the Father but through Him. Messianic Judaism embraces Yeshua as the Jewish People’s only means of salvation. The Messianic movement stands as a testimony to the Christian Church as reminder of the solemn responsibility of all Christians to love Jewish People and reach out to them with the Gospel.