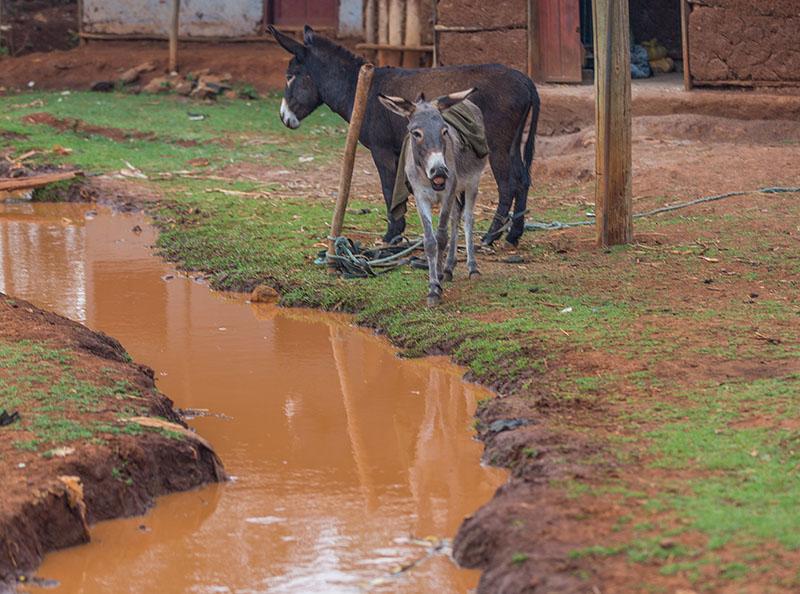 About 1.8 million people – mostly children – are killed each year by diarrhea caused by contaminated water

But diarrhea is far from the only danger. Cholera, dysentery, hepatitis, typhoid, salmonellosis and a host of deadly illnesses also stalk people in developing parts of the world who are forced to drink unclean water.

Almost unbelievably, 4,000 children die every day from diseases caused by dirty water and lack of sanitation.

Almost 1 billion people around the world have no access to clean drinking water. And nearly 3 million people in developing countries die each year from water-related illness.

In addition to all of this unnecessary sickness and death, waterborne illnesses mean children often are unable to attend school, so their education (and their future) suffers. Sickness among adults makes it difficult for them to work, grow food or care for their children.

And in many cases, people – especially women – spend much of the day fetching water from distant sources. That means less time to care for family needs.

And all of this could be prevented – if only clean water was available to communities in need.