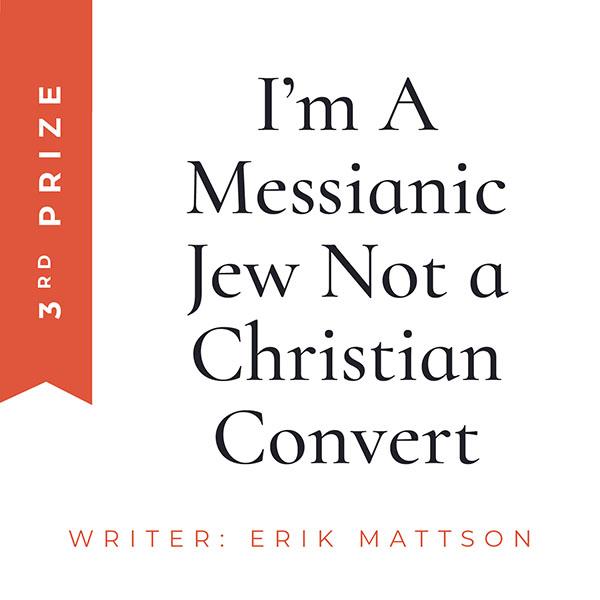 When I tell people that I am a Messianic Jew, people are often confused. The predictable ebb and flow of the conversation is marked by the phases of facial expressions the listener goes through. The eyes squint, the eyebrows raise and the head tilts. Before they ask, I am usually already explaining that it means I am a Believer in Jesus (who we call Yeshua) and I maintain my Jewish identity by keeping kosher, observing Shabbat, and taking part in some Jewish traditions, just like how the disciples did in the Book of Acts.

At this point, the listener’s face either turns to an expression of joy, paired with an exclamation like, “I’ve heard about that! I think it is so cool that you keep the biblical holidays. Tell me more about it.” Or, their eyes squint a little narrower, their eyebrows raise a little higher, their head tilts a little further, and they ask, “If you believe in Jesus, then why aren’t you just a Christian?”

In my experience, this question can be filled with a host of different assumptions. Perhaps the most prominent being that Torah-observance is, at best, unnecessary but allowed, or, at worst, a sign that the individual is still enslaved to sin and is under the yoke of trying to earn God’s grace through religious acts. Though there is a wide spectrum of views, for the majority of Christians I have spoken with, Torah-observance makes them uncomfortable to some degree.

Understanding that they most likely find their discomfort in how they read the writings of Paul, I use him as my example.

It is common to hear that Paul converted to Christianity on the road to Damascus in Acts 9.

Rather than a conversion, Paul’s transformative experience is better described as a calling. For this, I appeal to the work of Dr. Krister Stendahl, a Lutheran New Testament scholar who taught at both Harvard and Brandeis Universities. He noticed that Paul’s encounter with God mirrored the divine encounters experienced by Jeremiah, Isaiah and Ezekiel. In Ezekiel 1:28, we read that Ezekiel saw a bright light, recognized the Lord and fell to the ground as he heard a voice. This is the same sequence of events we read concerning Paul in Acts 9:3-5. Then, just like Jeremiah (Jeremiah 1:5) and Isaiah (Isaiah 49:1,6), we read that Paul was “set apart before [he] was born” to preach a message of God among the Gentile nations (Galatians 1:15-16a).

Dr. Stendhahl’s point is this, if we do not describe Jeremiah, Isaiah and Ezekial as converts, then why do we do this for Paul? The prophets obviously remained Jewish after their divine encounters, so it is most reasonable to assume that Paul did the same. Paired with the fact that Paul never identified himself as anything other than a Jew should make this conclusion easy to come to. Just like the prophets, Paul was called by God to complete a given task. For him, it was sharing the Gospel with the nations. It is worth noting, that he did this without neglecting to share the Gospel to his fellow Jews.

Not only did Paul remain Jewish, but he instructed other Jewish Believers to do the same. In 1 Corinthians 7:18a, Paul said, “Was anyone called when he already had been circumcised? Let him not make himself uncircumcised.” Notably, Paul also instructed the people of the nations not to be circumcised and become Jews in 1 Corinthians 7:18b. For Paul, it was vital that we maintain the ethnic identity that God gave us. This bears the question, why? 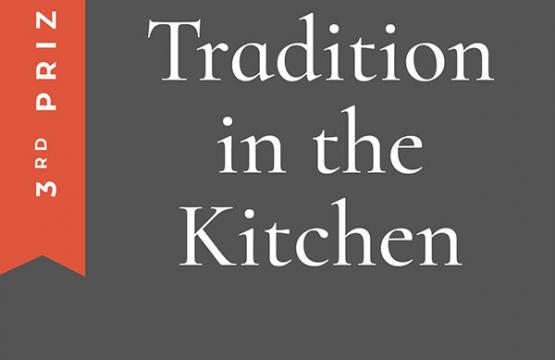 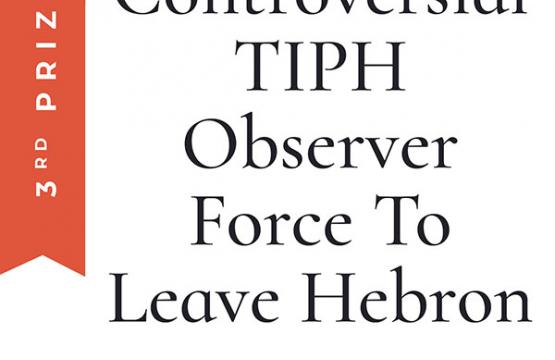