From Jewish Feasts to the Christian Calendar: How (and Why) did it Happen

I grew up in a typical American Jewish home where our family celebrated all the traditional Jewish holidays. Since I came to faith in Yeshua as Messiah during the waning days of the Jesus Movement in the 1970s, I’ve worshipped with other Believers in many different kinds of congregations.

For years, I simply took it for granted that each of these streams followed a different calendar. Messianic congregations used the Jewish calendar. Most of the non-denominational churches I attended leaned on our culture’s calendar, marking days like Thanksgiving, Christmas, Good Friday, and Easter. Traditional liturgical congregations followed the historic church calendar from Advent to Ordinary Time.

But after my first trip to Israel in 2007, I wondered how the Christian calendar came to be. Most of the first followers of Yeshua were Jewish. How did the Church end up with a calendar so different from the one with which they’d begun? What story does the Jewish calendar tell us about our eternal God? What story does the Christian calendar recount each year? And how do those times and seasons form me as a follower of Yeshua on the special days—and every day?

That story began with Yeshua’s mission to seek the lost sheep of Israel (Matthew 15:21-28). He called and empowered these found sheep to carry His message of salvation to all the nations (Matthew 5:14-16; 28:16-20). As an increasing number of Gentiles responded to this message in the years after His resurrection, tensions rose between the Jewish and Gentile followers of Yeshua.

While the Temple in Jerusalem was still standing in the generation after Yeshua’s resurrection, Jewish Believers continued to observe the weekly Sabbath and yearly festivals. At the same time, they were gathering with other Believers to learn, pray, worship, and share communion whenever they could. These gatherings gradually fell into a rhythm centered on the day of the week in which the resurrection occurred (Acts 20:7; 1 Corinthians 16:2).

For most of the first century AD, mainstream Jews tolerated as a sect the Yeshua-following Jews among them. In the chaos and dispersion that followed the destruction of the temple in AD 70, however, a chasm began to form between the two groups. As the dispersed Jewish community tried to figure out how to survive as a people without a land, king, or temple, religious leaders clamped down on those sects that didn’t fit their increasingly rigid definitions of orthodoxy. Jews began to distance themselves from their Jewish brothers and sisters who proclaimed that Yeshua was the long-awaited Messiah.

By the beginning of the second century, the Church had taken root among the pagan peoples ringing the Mediterranean and into Europe, northern Africa, and western Asia. The numbers and proportion of Gentiles grew exponentially in these young congregations, and the Church began to disconnect from its Jewish foundations.

One of the first major breaks happened as Believers began to wrestle with how to best celebrate the events leading up to the resurrection—events that were rooted in the Jewish feast of Passover. Greek-speaking Believers called the feast Pasch, a translation of the Hebrew Pesach (Passover). In order to distinguish themselves from the Passover of the Jews, Christians clashed over which date each year they’d commemorate Pasch.

During the second century (and beyond), there were two camps: those who believed the Christian Pasch should stay on the fourteenth day of the Hebrew month of Nisan (the start of Passover), and those who believed the Pasch needed to be separated from the Jewish feast day. Both sides wanted to communicate a distinctly Christian message: for the former, Yeshua was the true Paschal Lamb, which meant His followers were Chosen People. For the latter group, Jesus’ resurrection was a triumph not only over the grave, but also over all old religious customs and rules.

By the fourth century, the Church had ritualized preparation for Pasch with formal fasting and prayer. This special Sunday became a day for baptism, a beautiful reenactment of resurrection life. The 50 days following the Resurrection Day observance were their own cycle of anticipation and observance leading up to Pentecost, including a worship service and readings in remembrance of Jesus’ ascension on day 40.

And a new Christian holiday was added to the year. In the fourth century, Christ’s birth found its way onto the official church calendar, commemorated each year on December 25. The Christian holy days thus took on the shape of the Nicene Creed, moving directly from the birth of Christ to His death, resurrection, and ascension (and the outpouring of the Holy Spirit on Pentecost). While other holy days and seasons were added over time, this basic structure formed the foundation of the Christian year still in use by the Church today.

I recognize there were anti-Semitic impulses driving some in the early Church to separate themselves from their Jewish foundations, even as I appreciate the story of Yeshua told by the Christian calendar. I am deeply grateful to remain rooted in the story of creation, deliverance, and re-creation embedded in the Jewish feasts. I’ve learned afresh from my study of both calendars that my moments and days aren’t my own. Each one is a gift from the eternal God. 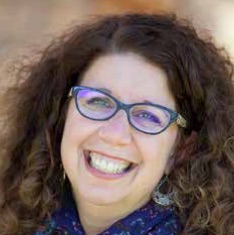 So often we feel rushed through life. Author Michelle Van Loon has learned that from the weekly Sabbath to the annual Passover and from Advent to Easter, time is an opportunity to experience the eternal in the everyday. Moments & Days will help you rediscover the great feasts of the Old Testament, as well as the holidays of the Christian calendar, and reawaken to these appointed celebrations that will draw your attention to the significance of time and point you in fresh ways to God’s faithful presence. 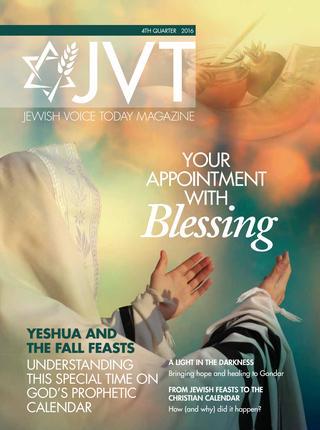