Man gives God the glory for healing his shattered leg

One moment Samuel* was on a ladder repairing his hut, the next he was writhing on the ground in pain. The ladder had collapsed. His left leg was shattered.

He couldn’t put any weight on it and was forced to use a crutch to walk. Even then it was difficult just to get around. He was unable to work to provide for his family.

That’s why Samuel, who is a Believer, came to our prayer tent at our Medical Outreach in Inchini, Ethiopia, last year. He struggled over to the tent, dragging his injured leg, then sat down and asked for prayer.

As Kevin, one of our Outreach Partners, began to pray over him, Samuel got very excited. Kevin asked, “What happened?”

Samuel told Kevin, “When you started praying for me, I felt a fire enter my stomach and shoot down my leg.”

And then Samuel stood up and tentatively put some weight on his injured leg. Previously, if he did that his knee would pop out, his leg would give way and he would fall to the ground.

Samuel said, “I can put pressure on this leg!”

Kevin called over more team members and they continued to pray because it was clear the Lord was ministering to Samuel.

As they prayed for provision for his family and for the Lord to continue to touch Samuel’s life, he stood up again and started jogging around the tent!

Now he had the attention of everyone in the tent. Samuel was praising the Lord and getting more and more confident on his leg. To everyone’s surprise, he started doing squats!

Right there in the tent, Samuel was healed by the Lord through His mercy and loving-kindness!

Our team encouraged him to go tell the crowd what had just happened because they were very curious.

As Samuel proclaimed to them how great Jesus is, many shouted out “amen” in response.

And then two of his neighbors who happened to be in the crowd stood up and with tears in their eyes recounted the story of Samuel’s injury and how he couldn’t walk for six months. Because he couldn’t even squat on his own, these men had helped him with even basic things like going to the bathroom.

These two witnesses were now testifying how their neighbor could not only walk but now he was walking and jogging and squatting!

Healing leads to sharing of the Gospel

Through the healing of Samuel’s leg, the Lord’s truth was being proclaimed and this large crowd was excited. Our team spent some time sharing about the healing and inviting anyone who didn’t yet know the Messiah to put their hope in Him.

Word started to get out about Samuel’s healing and more people crowded into the tent so our team did a second presentation of the Gospel. Truly God was glorified as people came to know Jesus and Believers were strengthened and encouraged in their faith!

Samuel’s story is just one example of the difference you make through your partnership. 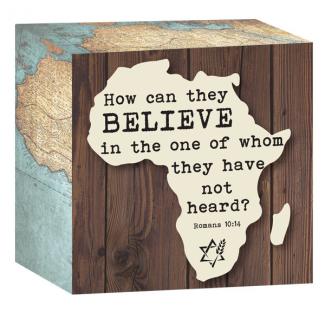 A Jewish Voice exclusive, this art piece bears the outline of Africa against a woodgrain pattern and contains the words of Romans 10:14 – How can they believe in the one of whom they have not heard?” Edges are adorned with antiqued map designs of Africa, where Jewish Voice provides much-needed medic... 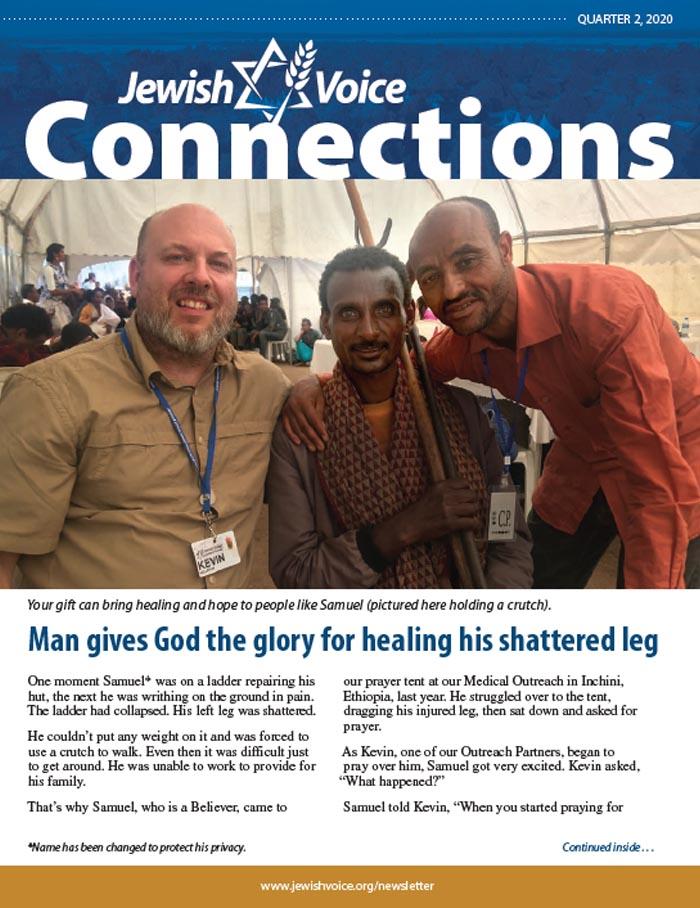 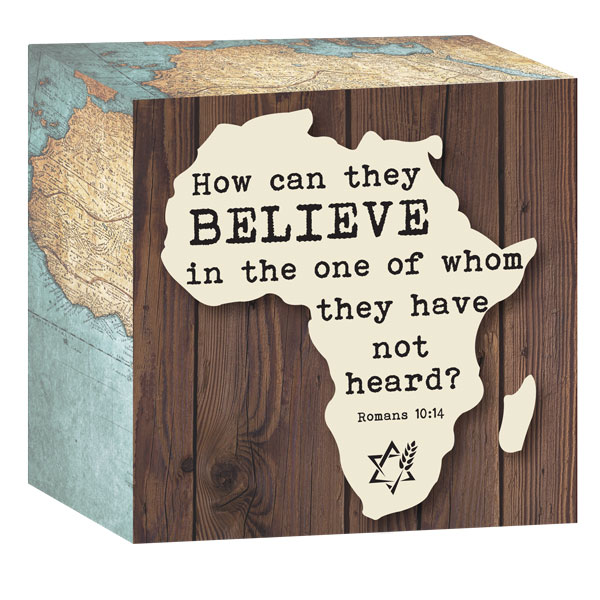