Mideast on Fire: Jerusalem, The Center of a Coming 'Perfect Storm' 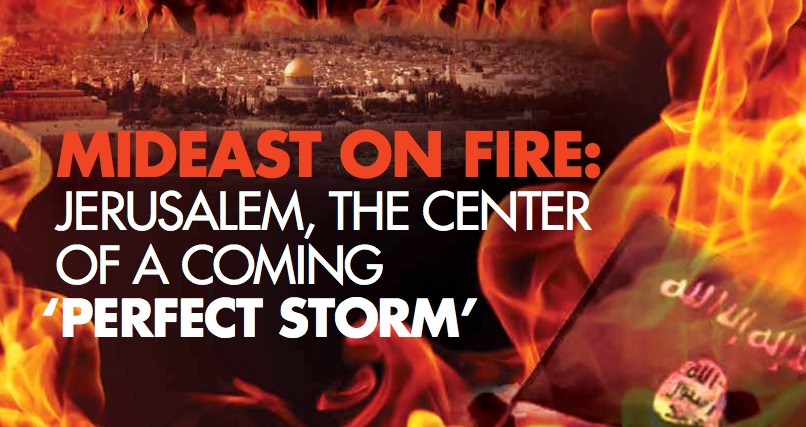 Since the dawn of what is known as the Arab Spring in 2011, the Middle East has gone through profound and historic changes, killing hundreds of thousands of people and forcing millions of others from their homes.

Some believe the region could be on the verge of regional war with global consequences.

In just the past three years, the ISIS terror army conquered huge areas of Syria and Iraq, Iran struck a landmark nuclear deal with the rest of the world, Russia made its biggest military move into the Middle East in decades, and two main rivals within Islam—Sunni Saudi Arabia and Shiite Iran— appeared on the brink of war.

Israel’s former national security advisor describes what is happening in the Middle East now as a “perfect storm.”

He believes a series of events are converging that will create a situation far more dangerous than the individual events themselves. Sitting right in the center of the Middle East storm is the nation of Israel and the city of Jerusalem.

IN THE BLINK OF AN EYE

Middle East expert and bestselling author Joel Rosenberg told CBN News he believes this chaos portends a gloomy picture for the year ahead.

“The state of the Middle East is a catastrophe right now. The Middle East is on fire,” Rosenberg said. “2016 is going to be a very dangerous year because you are watching the complete catastrophic failure of American foreign policy under President Obama.” 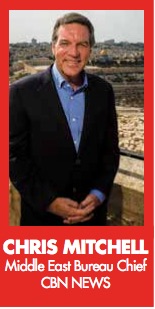 “You’re watching the Russians and the Iranians trying to rush into the vacuum of the American retreat,” he continued. “You’re watching the Islamic State on offense. You’re seeing Iran being rewarded for its belligerent behavior and now has two ways to nuclear weapons.”

“This is a disaster in the making,” Rosenberg warned.

Some are convinced that one of those disasters in the making is the nuclear deal with Iran. Sen. Tom Cotton, R-Ark., calls it one of the worst diplomatic agreements in U.S. history.

“Even if Iran follows the deal to the letter, they’re going to be a nuclear threshold state in a mere 10 or 15 years, which Prime Minister [Benjamin] Netanyahu says is a blink of an eye in the life of nations,” Cotton explained.

He said it could lead to a Middle East nuclear arms race and put the region on the brink of a nuclear holocaust.

“We are at risk of entering a second nuclear age and the loss of life, not in the tens, not in the thousands, not in even the hundreds of thousands— but in the millions,” Cotton warned.

“And that loss of life could include American life because Iran is also developing a ballistic missile program, and they also have shown they are willing to kill Americans,” he added.

Another storm cloud on the horizon is the growing battle between Sunnis and Shiites, led by Saudi Arabia and Iran. The feud began to boil when the Saudis recently executed a top Shiite cleric.

Although Middle East analyst Michael Barak doesn’t expect a direct war between two of the region’s giants, proxy wars around the region could intensify.

“Executing this guy is meaning like a declaration of war against Iran,” Barak said. “Actually, we are already witness to the clash between the Shia and Sunni in Yemen and Iraq and Syria. It will get worse, of course.”

Russia’s actions have generated yet another storm cloud. When it entered the Syrian civil war, it formed an alliance with Iran.

That unprecedented coalition fuels a greater danger to Israel, according to Rosenberg.

“The alliance between Moscow and Tehran is a match made in hell,” he said.

“And so what you have now [is] the two countries now operating in Syria supposedly against the Islamic State. But it puts them dangerously close to Israel,” Rosenberg cautioned.

“And the United States under President Obama is just throwing up [its] hands and say[ing], ‘Well, whatever, why don’t you guys take care of the problem?’” he said.

“We are ceding the Middle East over to Moscow and Tehran,” he warned. “This has dangerous implications for the United States, for the world, and for Israel like we have not seen in generations.”