Throughout my eight years serving on staff with Jewish Voice, one of the prophetic promises that I can’t seem to get away from – and which fuels so much of our hope and urgency as a ministry – is Isaiah 11:11.

The prophet Isaiah, who had the less-than-enviable job of proclaiming to Israel that she would be scattered to the ends of the earth for her generations of hardhearted disobedience, also had the joy of proclaiming to her that the Lord would bring her back. Isaiah saw a day when the Lord would “stretch out His hand the second time,” not just to gather Judah back from Babylon, but to gather all the tribes of Israel back from all the places in the earth where He had banished them.

One of the specific areas mentioned in this keystone verse is ‘Ethiopia,’ or ‘Cush,’ which at the time comprised a kingdom and region encompassing much of East Africa and its Horn. And the prophet saw (Isaiah 11:12) that God would act to regather His scattered people Israel from these lands in such a way as to “raise a banner for the nations” – the peoples of the earth would know and see exactly what He was doing.

I believe that the return of tens of thousands of Ethiopian Jews to Israel in recent decades – some walking through the desert in bare feet to reach the borders of Israel, and thousands perishing along the way – reveals clearly that we are living in the days of, at least, the beginning of the fulfillment of this great promise to God’s chosen people.

He is stretching out His hand to regather the exiled remnant of His people to their identity, their inheritance, and their land, in a way which clearly demonstrates His covenant faithfulness to a stubborn, hard-hearted, yet beloved, people. Today, the Ethiopian Israeli community numbers nearly 150,000. And the faucets controlling the Aliyah (return to Israel) of this weary and historically persecuted community have been tightened to only a trickle. Yet, tens – even hundreds – of thousands of people remain throughout the Horn and Eastern regions of Africa who are emerging on the world scene.

Some have been scattered, separated from family members. Others have been forced to live in shanties made of trash on the edges of cities and villages because the locals hate them. Many are victims of prejudice and superstition, which excludes them from jobs, justice and even basic human rights.

Others have undergone forced conversion (in name) to more predominant religions to avoid the stigma of being a minority. Still others bear the shocking testimony – and the physical proof – of having been beaten, tortured and burnt for their unique identity. And all this has occurred for one common testimony which, though it brings trouble, they cannot and will not deny: “We are Jewish. We come from Israel. We are Israel.”

Lest we be too easily lulled into apathy in this age of “tolerance” where “everything and everyone is ok” and dozens of major world cities host Holocaust Museums in prominent locations, let me be absolutely clear: In my travels throughout Africa, Europe and beyond for Jewish Voice, I have seen with my eyes and heard countless testimonies confirming that the confession of Jewish identity today still costs many of my people around the world their safety, well-being, and even their lives.

At Jewish Voice, we believe and depend upon the bold, faithful declaration of the Messianic Jew named Paul to the Believers at Corinth, that “all the promises of God are Yes in [Yeshua]” (2 Corinthians 1:20). We wholeheartedly believe that the One Who was able to save His people Israel from their sin through the blood of a Messiah Who would come in the manner He promised, at the time He promised, to the place He promised, to the people He promised, and to raise Him from the dead as He promised, thereby redeeming His people (and all peoples!) from the grave, is surely also able, in Yeshua, to fulfill every other promise He has made to our people in the Scriptures.

Yeshua conquered death and the grave, though we esteemed Him not, and though we as a people have broken every promise, He will remain faithful to keep His promise. This humbling, yet glorious, reality fuels us as a ministry. It compels us to travel around the world, Outreach to Outreach, Festival to Festival, season to season, proclaiming and making known the merciful loving kindness of a promise-keeping God to our Jewish people and their neighbors wherever they may be.

But this tremendous task comes with remarkable challenges. Searching out our scattered Jewish brethren in the nations of the earth has led Jewish Voice to some of the most remote hilltops, the most unforgiving climes, the most politically tumultuous, most religiously divided, most economically depressed, most demonically oppressed villages and nations alike.

Without going into unnecessary detail, our pursuit of the remnant of our Jewish people has led us to dictatorships, regions unrecognized by the United Nations, regions stricken by years of drought, nations on the brink of bloody civil war, governments in tumultuous transition, Muslim hotbeds, towns governed by openly, murderously anti-Semitic leaders, slum neighborhoods known for superstition and ritual murder, villages dedicated to witches, and communities plagued by deadly disease.

Amidst such unsavory circumstances and against such formidable challenges, it would be so easy to become discouraged, fearful, or simply to give up hope and pursue a less challenging ministry with more readily visible fruit. What spurs me on through the rocky terrain is another promise, also found in Isaiah. The Lord promises to Eliakim, a governor in Israel, in Isaiah 22:22 (NKJV), “The key of the house of David I will lay on his shoulder. So he shall open, and no one shall shut; and he shall shut, and no one shall open.”

Isaiah prophecies that this man, because of the favor of God, will have complete authority in Israel to shut and to open doors; to lock and to unlock. And his decisions shall not be undone. And if all this for a mere man in Israel, how much more for the Messiah, the One found worthy! We know from Revelation 3:7 that Yeshua, given the Name that is above every name, ultimately holds the key of the house of David. What He shuts, the Word tells us, no one shall be able to open. And the doors He opens, no one and no thing shall be able to shut. 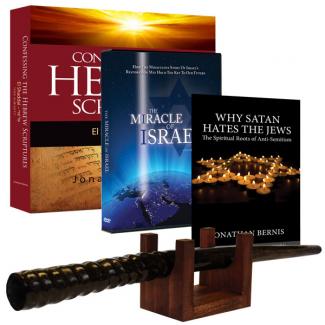 We know and believe, in our work among scattered Jewish communities around the world, that all the promises of God are Yes in Yeshua. And, though He lead us as a ministry to some of the most difficult, treacherous corners of the world, we know that the One in Whom the promises are fulfilled is also the One with all authority to open every door required to step in and fulfill them. Where God wants to stretch out His hand and fulfill His promise to remember our people and to regather them to Himself through Yeshua – even in the most unlikely of places where all that can be seen in the natural are the most fortified of doors and the highest of walls – we see Yeshua placing before us, time and again, open doors that no man can shut, like the Believers in Revelation!

Quite literally: Governors of regions closed to outsiders have hosted us at their banqueting tables as we served the Jewish people in their midst in Yeshua’s Name. Presidents of nations generally hostile to the Good News of Yeshua have welcomed us into their palaces to speak with their officials. Countries ravaged by political paranoia who would not recognize the nation of Israel have welcomed us in to serve their Jewish communities. Cities that drove our teams out in the past under threats of violence for our faith have come again calling for and even demanding our return.

Though they despise our testimony and resent our prioritization of serving the persecuted Jewish people in their midst, yet against their “better judgment,” they ask for our return. How can these things be? Because the God of all flesh, Who will be found faithful, is opening doors that no man can shut.

Paul recognized that, even with open doors, trials remain. He told the body of Believers at Corinth that he would remain where he was, “For a wide and effective door has opened to me, and there are many adversaries.”

So too, we at Jewish Voice recognize that even the most God-ordained of ministry opportunities among Jewish communities and their neighbors are nearly always met with fierce opposition. Years of ministry in the far corners of the earth have shown us that the most extraordinary open doors into the hearts and communities of our distressed Jewish people are met with the most extraordinary opposition. But it is precisely in the midst of such fierce battle that we remember, and we pray (please pray with us this year!) in full assurance, that the doors Yeshua is opening unto Jewish Voice – and those like you who serve with us in this vital ministry – no one shall be able to shut.

I look forward to sharing with you during the coming months with more specificity the types of doors the Lord is opening into Jewish communities in the regions where we serve. I will also share the specific challenges associated with those open doors, so that you may pray with us.

The 2018-19 Outreach season ahead contains some of the most exciting open doors I have ever encountered in my years traveling the world and also some of the most significant opposition. Until then, may we be found faithful to see and to walk through the incredible open doors of ministry that the Lord is opening unto us at Jewish Voice during these next crucial years of ministry.

And may we make much of our ministry, that as the Lord uses us to fulfill His promises to our people, all the peoples and nations watching will know and believe in the God of Israel and His Son, our Messiah, Yeshua. The One Who called us is faithful, and He also will do it. Amen and Amen.

The Lie of the BDS Movement 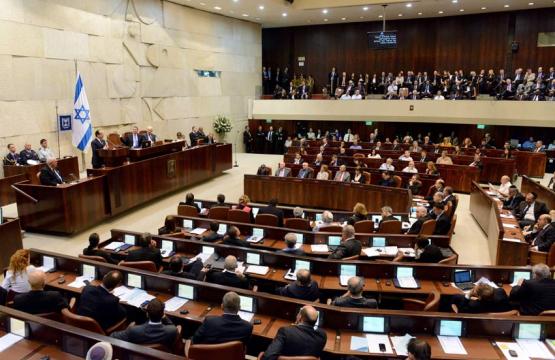 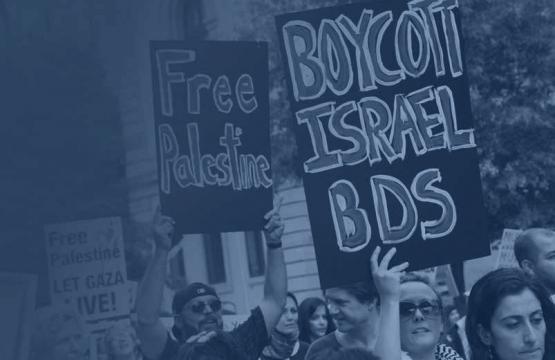 The Lie of the BDS Movement 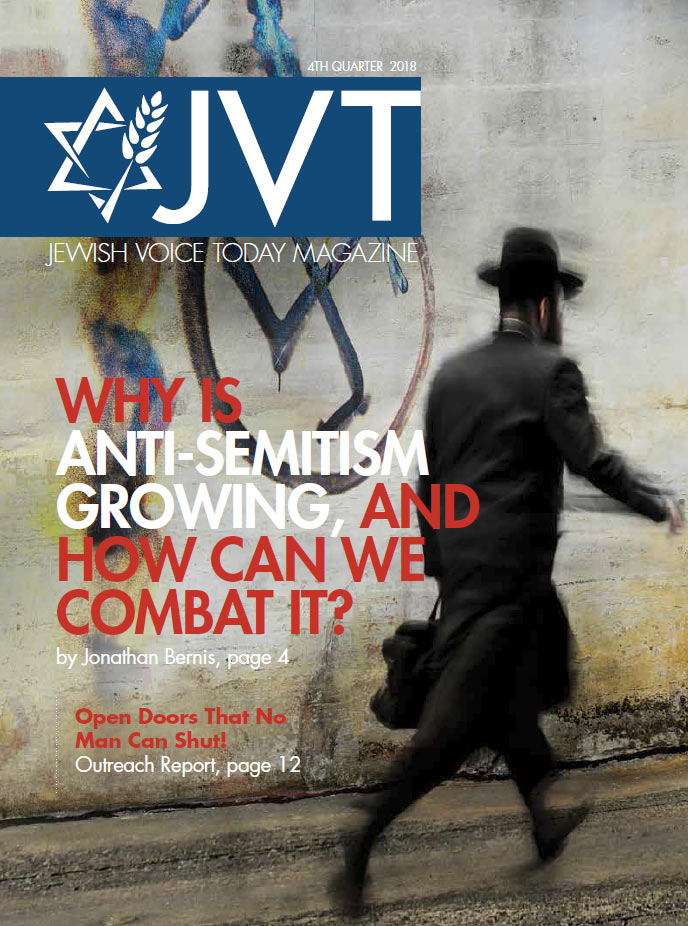 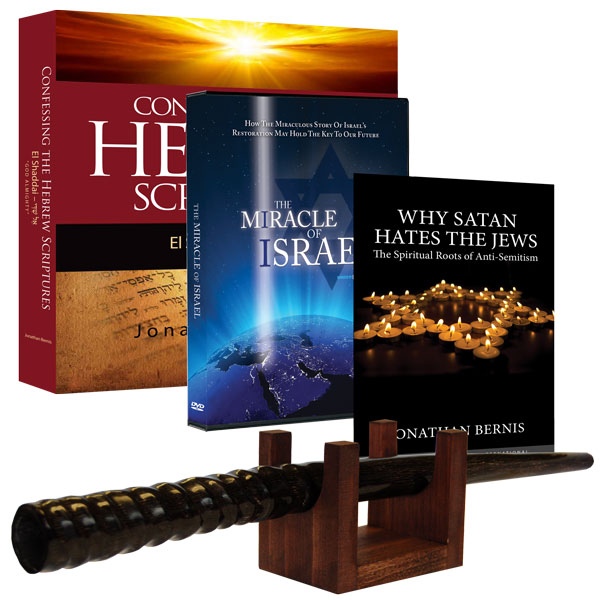