At sunset on October 8th, Jewish people worldwide will observe the moad (appointed time) of Yom Kippur, or the Day of Atonement. On this day, the holiest day of the Jewish calendar, Jews from every background, from the most Orthodox to the least observant, will go to synagogue to ask God to forgive them of their sins. In Israel, everything will completely shut down. Cars will not be allowed to be driven on the roads; the television stations will stop broadcasting and shops will close. Only emergency vehicles will be allowed on the streets. This is the only day of the year when Israel completely stops.

That is how important the Day of Atonement is. And yet the Jewish people will observe this day without
understanding its full meaning – because this is a prophetic event that can only be seen by those who
have eyes to see.

In Hebrews 10:1 (NIV) we read that “the law is only a shadow of the good things that are coming – not the realities themselves.” In other words, the events, festivals and rites of ancient Israel contained more than just the initial observance or meaning ... they were a roadmap that pointed to greater redemptive events that would take place in the future.

Yom Kippur occurs just after the start of the Jewish calendar year. Later, in the spring, Jewish people
observe another major feast: Passover. Both are important and beautiful. But I believe these two
moadim, or appointed times, are, in fact, the most important and the most prophetic of the entire Jewish
calendar. Now, at first glance, Yom Kippur and Passover may appear to have little in common. But when we look deeper, we find that they both point directly to the Messiah, Yeshua (Jesus). When seen together, they give a complete picture of God’s redemptive work through Yeshua: from His first coming, when He willingly died for our sins, to His second, when He’ll come again in great power and glory.

Let’s start with a look at Passover.

PASSOVER – MESSIAH AS THE LAMB

For 400 years, the children of Israel were slaves in Egypt. They cried out to God for a deliverer; and
through Moses, He answered them. As Moses wrestled with Pharaoh for the release of his people,
God decreed ten plagues upon Egypt as judgment. Each was terrifying in its own right, but it was the
tenth and final plague that brought Egypt to its knees: God sent an Angel of Death to kill every firstborn
male child.

Now, remember, the Israelites were still living among the Egyptians at this time. They would have
been vulnerable to this plague, too, had it not been for God’s protection. And that protection came
unexpectedly through a Lamb.

God instructed Moses to tell each Israelite family to take a young, healthy lamb, without blemish, and to
kill it. Each family was to paint the lamb’s blood, like a secret signal, on their doorposts. The Angel of Death would see the blood and know to pass over the house, God decreed in Exodus chapter 12. The children who lived behind a door covered with the blood of a lamb would not die.

Even the language of this story should sound familiar to Believers: the children of Israel are spared by the
blood of the lamb. Not only is this event – the original Passover – the greatest event in the history of Israel; it’s a shadow of an even greater salvation: the Gospel. It’s in this early story, tucked inside the book of Exodus, where we first see a glimpse of the Messiah as a sacrificial Lamb. Like the people of Israel, we need saving from death. Like the people of Israel, God offers us protection through blood: the blood of a young, healthy Lamb, without blemish (sin) – Yeshua! It is when we apply the blood of this Lamb on the doorposts of our hearts that the angel of eternal death passes over us.

The image of a lamb is used to describe the Messiah time and time again throughout the Scriptures. Isaiah 53, though written hundreds of years before Jesus was born, is one of the clearest Messianic prophecies we find in the Old Testament. It says:

To a Jewish person’s ears, this Scripture sets bells ringing. It sparks a shock of recognition – because we
know all about a lamb that saves. We remember that lamb, honor its significance, and thank God for our
rescue through that lamb every spring at Passover. It’s as if Isaiah was going out of his way to be obvious: my dear Israel, God used a lamb to save you once. He will do it again, through the sacrificial Lamb, Jesus, the Messiah!

After the terror and death of the plagues in Egypt, Pharaoh finally released the Jewish people out of captivity. God led them, through Moses, out from Egypt into the wilderness. It was here we see God set the stage for another high and holy moed: Yom Kippur. The Day of Atonement.

While the Israelites lived in the wilderness, God gave Moses a set of instructions. This was another
shadow meant to point to a fuller, future reality. He said to build a tabernacle with three areas.First was an outer court, then an inner court. Only the priests from the line of Moses’ brother, Aaron, could enter here. But even beyond this inner court was the third compartment: the Holy of Holies. This was where the Shekinah – the glory of God – dwelt. This is where the Ark of the Covenant was carefully placed.

And once a year, the high priest – and he alone – could enter this mysterious place. Here, he would offer the blood of the sacrifices to atone for the sins of Israel. God was specific in His instructions. He required blood sacrifice to atone for sin.

As we are told in Leviticus 17:11, “For the life of the creature is in the blood, and I have given it to you on the altar to make atonement for your lives – for it is the blood that makes atonement because of the life.” This is restated again in Hebrews 9:22, “And nearly everything is purified in blood according to the Torah, and apart from the shedding of blood there is no forgiveness.”

THE FINAL “YOM KIPPUR” – MESSIAH AS THE LION

We see in Passover and Yom Kippur two very different pictures of the Messiah. First, at Passover as the Lamb who comes to lay down His life as a sacrifice. Then, at Yom Kippur as the returning Messiah who comes in glory and power as the righteous Judge of all flesh.

It can be difficult at first glance to reconcile the images of God that we see in these two prophetic bookends: the sacrificial Lamb at Passover, and the wrathful Judge who demanded a blood sacrifice on Yom Kippur. In fact, the ancient sages found they simply couldn’t reconcile these, and so they taught that there must be two Messiahs: the Lamb, and the Lion.

The very same Old Testament Prophet – Isaiah – who described the Messiah as a sacrificial Lamb in chapter 53 elsewhere describes Him in much stronger terms:

He will strike the land with the rod of His mouth, and with the breath of His lips He will slay the wicked.
—Isaiah 11:4

Isaiah was sharing a glimpse here of the Messiah when He would come a second time. Here, he’s speaking of Yeshua’s return to the world, when he will cast a final judgment on the people and usher in a golden age of peace and prosperity.

I believe this final judgment, at the Messiah’s Second Coming, is the ultimate fulfillment of Yom Kippur. In those days, Scripture says Yeshua will come as the Lion of the Tribe of Judah “with power and great glory” to “gather His people” and establish His Father’s Kingdom on Earth (see Matthew 24 for a breathtaking account of this exciting day).

HOW WE PLAY OUR PART

This may be surprising to you, but I believe we are living in the Last Days now. I believe the work we are doing at Jewish Voice to bring the Good News to the Jewish people is a pivotal part of God’s plan as we
move toward the final fulfillment of Yom Kippur. Just look at this prophecy from Zechariah:

Then I will pour out on the house of David and the inhabitants of Jerusalem a spirit of grace and supplication, when they will look toward Me whom they pierced. They will mourn for him as one mourns for an only son and grieve bitterly for him, as one grieves for a firstborn. In that day there will be a great mourning in Jerusalem ...
—Zechariah 12:10-11

Zechariah is describing a turning here: the turning of the people of Israel to belief in the Messiah, Yeshua. When God’s people finally confess “blessed is He who comes in the name of the Lord!” I believe it will usher in the final judgment – the final Yom Kippur – and the beginning of God’s beautiful Kingdom here on Earth. That means we – and you – are Kingdom workers!

What a privilege to be part of this great plan. What a privilege to celebrate the sacrificial Lamb each Passover and to look for the final fulfillment of Yom Kippur each autumn. It is my prayer that God will lift your eyes this season to the heavens, where He will come again, soon, in glory! 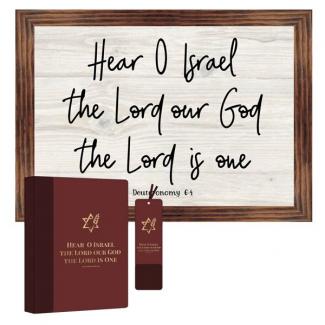 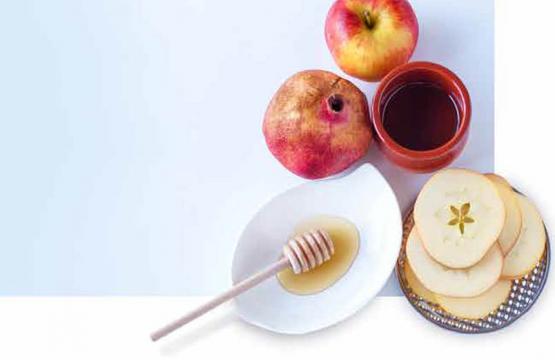 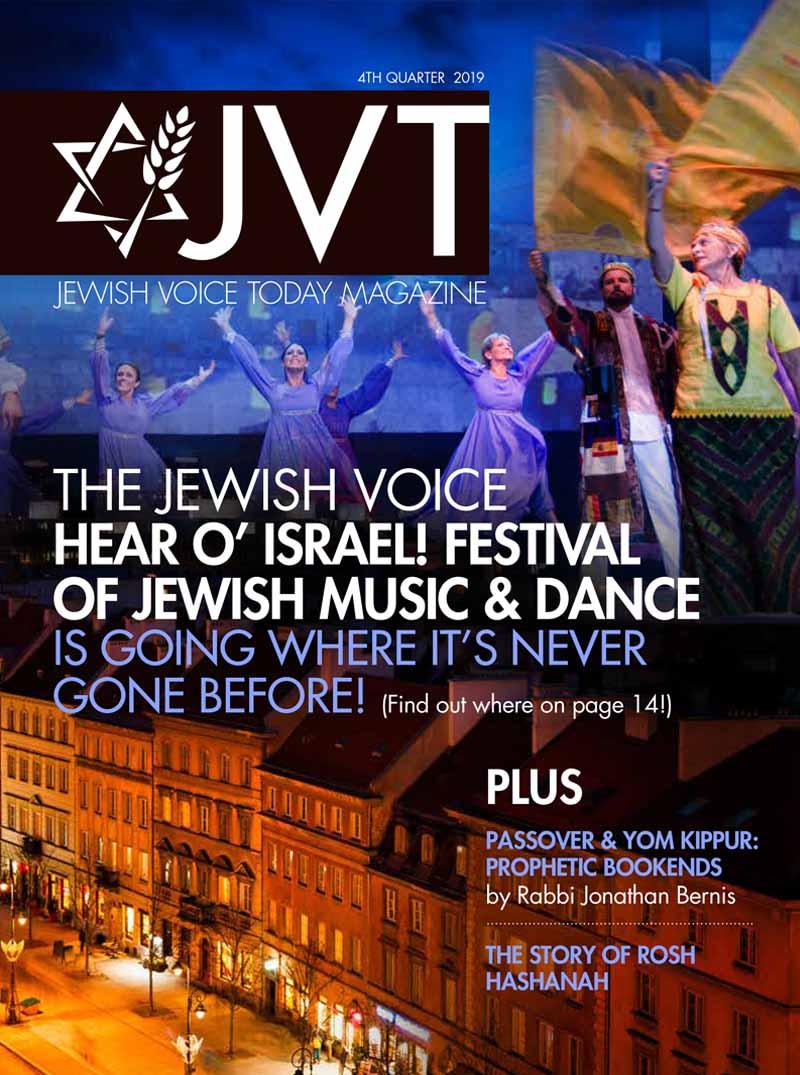 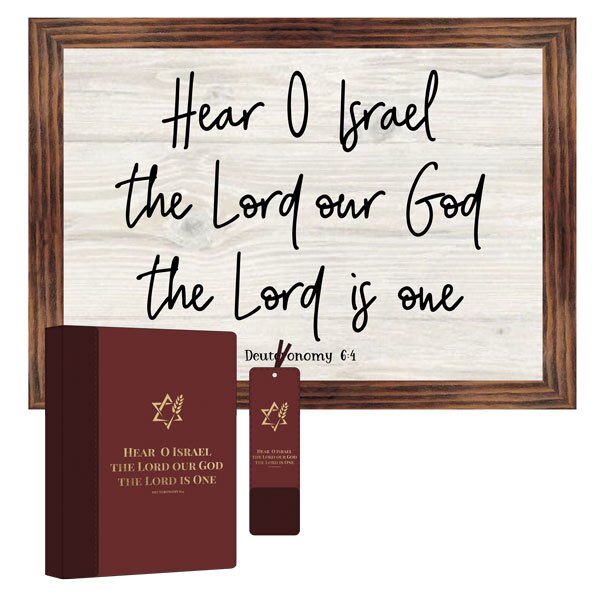