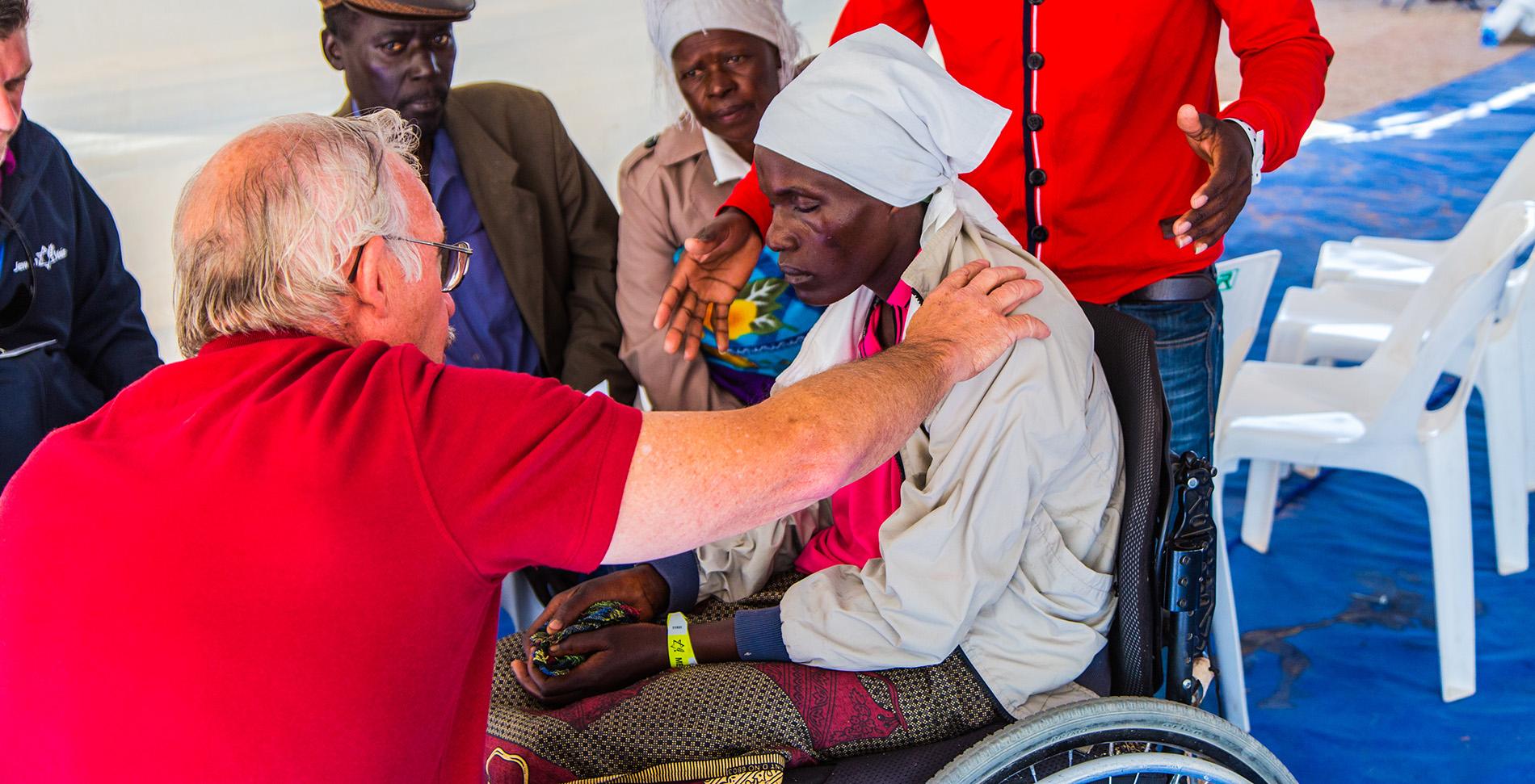 Understand that God has not rejected Israel
God’s covenant with Israel is everlasting, and He is faithful to keep His promises. The apostle Paul boldly clarifies that God has not rejected Israel, even though we as a people have failed to keep His commandments and in large part have rejected His Messiah. In fact, Paul emphasizes that the Gospel of Jesus is for the Jew first. (See Romans 11:11, Romans 11:1–2a and Romans 1:16).

In Genesis 12:3, God spoke His heart to Abraham, saying He would make him a great nation and would “bless those who bless you and curse those who curse you.” Gentile Believers who want to be in alignment with God’s heart, loving the things He loves, must love, bless and stand with the Jewish people and Israel.

Understand that Jewish people do not have another way of salvation apart from faith in Jesus
The New Testament is emphatic that there is only one way to receive salvation from our sin, and that is through Jesus the Messiah. Jesus identifies Himself as “the way, the truth, and the life,” adding that no one comes to the Father but through Him. The writer of Acts confirms there is no other to salvation but through the name of Jesus. (See John 14:6 and Acts 4:12.)

Pray for the Jewish people and Israel
Psalm 122:6 calls all Believers to pray for the peace of Jerusalem. Part of the role of Gentiles in the Church as it relates to Israel is to follow this instruction. What does that mean? The Hebrew word translated as peace is shalom, and it encompasses a broader spectrum of blessings than the English word peace captures. It includes tranquil circumstances and also the ideas of welfare, soundness, and completeness.

Embrace the Jewish roots of faith in Jesus while loving Jewish people more than Jewish things
The New Testament rests firmly upon God’s intentionally developed foundation of the Hebrew Scriptures. When Gentile Believers recognize these connections and understand the Jewish roots of faith in Jesus, it greatly enriches their relationship with God and His Word. But there is a danger of valuing Jewish elements of faith without possessing and nurturing a love for Jewish people. Paul so longed for the salvation of his fellow Jews that he was almost willing to give up his own eternal condition if they would believe in Jesus. (See Romans 9:1–3.)

Help the Body of Messiah and non-believing Jewish people understand that Jewish faith in Jesus as the Messiah is not a switch to a new religion
It’s a common misconception among Jewish people that believing in Jesus means abandoning their Jewish heritage and faith in the God of Israel to join another religion. Likewise, Gentile Believers run the risk of deepening that perceived division – among themselves as well as with Jewish people they’re trying to reach – by not understanding the conveyed implications of phrases like “convert to Christianity” and “become a Christian” when spoken concerning Jewish people and faith in Jesus. However, nothing could be further from the truth. Far from forsaking Judaism, a Jewish person placing their faith in Jesus as the Messiah fills full their Jewish identity as designed by God and revealed in the Hebrew Scriptures through Moses and the prophets. Part of the role of Gentiles in the Church relating to Jewish people is to help communicate this.

Let Jewish Believers maintain their Jewish identity by not asking or expecting them to assimilate into a Gentile Christian expression of faith and worship
God called the Jewish people to specific practices and customs to be observed throughout the generations. Many Jewish Believers have strong convictions to worship Yeshua (Jesus) in an outwardly Jewish way in keeping with the Torah and Jewish heritage. Many feel more comfortable in a Messianic Jewish congregation than a typical Gentile church service. Messianic Judaism allows Jewish Believers to do just that. It also casts a spotlight on Acts 4:12, revealing to both Jew and Christian that salvation is only through faith in Jesus as the Messiah.

Kindle jealousy for God in Jewish people
Paul's ministry to the Gentiles was twofold. Not only would taking the Gospel to them bring many of them to salvation, but, as he wrote in Romans 11:14, it also served to provoke jealousy in his own people. God chose the Jewish people to bless the world through the gifts of His Word and the Messiah. What the Lord designed for the Jews first (Romans 1:16) – an intimate relationship with Him – is open to Gentiles too.

The early Church was composed primarily of Jewish Believers, but by the 3rd Century, it included more Gentile Believers than Jewish. Paul explains that Gentile Believers are like branches grafted into the “olive tree” of Israel. In this way, Gentiles partake in the “fatness of the olive tree,” which includes the adoption, glory, covenants, giving of the Law and the service of God that Israel enjoys. (See Romans 9:3–5.)

“This is supposed to poke something in the Jewish community,” says Ezra Benjamin, Jewish Voice Vice President of Global Ministry Affairs. “The message is that the people not from a Jewish background have come into the blessings and the faith in the messiahship of the Jewish Messiah.”

There are many essential aspects of the role of Gentiles in the Church as it relates to Israel. However, this kindling to jealousy is perhaps the most profound. God uses Gentile faith in the God of Israel to prompt Jewish people toward their Messiah, Jesus, and the fulfillment of their God-given Jewish identity. “The role of Gentiles,” says Ezra Benjamin, Jewish Voice Vice President of Global Affairs, “is this inextricable connectedness with the people of Israel – carrying the faith of Israel through the Messiah of Israel to provoke the people of Israel to jealousy.”

But I am speaking to you who are Gentiles. Insofar as I am an emissary to the Gentiles, I spotlight my ministry if somehow I might provoke to jealousy my own flesh and blood and save some of them.
Romans 11:13 – 14 (TLV) 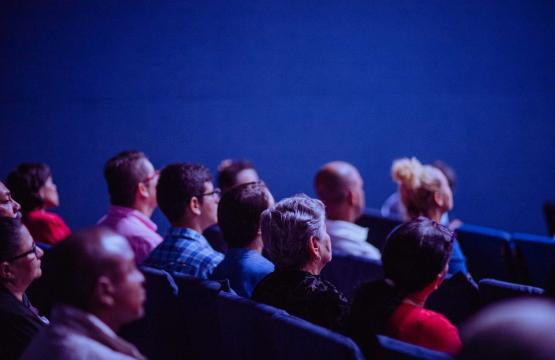 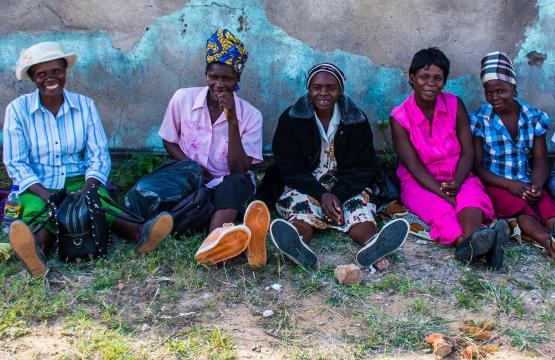