The first hint of light was still hours away on an August morning as Jewish Voice staff and volunteers gathered at the JVMI medical clinic they’d opened a few days earlier in a poverty-stricken Jewish community in Masvingo, a town located in southeastern Zimbabwe.

Having been struck hard by a repeated water crisis, these people now flirted with a new round of cholera and other dysentery diseases which had led to thousands of deaths a decade ago. People were in urgent need of medical care and spiritual healing.

The staff and volunteers had already seen countless people in previous days, and they knew the line would once again be lengthy when the clinic’s doors opened at daybreak. However, they weren’t prepared for what they saw at 3:30 in the morning as their flashlights scanned the outer perimeter of the clinic.

Already, an estimated 1,000 people who desperately needed free medical and dental care were queued outside, ready to receive the compassion and care of Yeshua through our staff and volunteers.

Recognizing some familiar faces, the volunteers concluded that many of the people they were looking at had been there the day before but weren’t able to make it to the front of the line by the time the clinic closed. Instead, they spent the night outside.

Rather than walking home and re-walking the many miles to get back, it was evident these masses had chosen to spend the last 20 hours in the clinic’s perimeter to retain their place in line so they would hopefully be seen today—the clinic’s last day.

Unlike Western culture, where sleeping on an airfilled mattress with a sleeping bag to serve as a human placeholder for the latest tech product or the best seats at a sporting or music event is viewed as little more than an adventure, these hurting souls had spent the night in almost-freezing temperatures.

Instead of sleeping bags to keep them warm or soft grass to lie on, many of the people slept on ice-cold granite outcroppings that had collected the evening’s bitter temperature.

So my heart is glad and my soul rejoices. My body also rests secure. For You will not abandon my soul to Sheol nor let Your faithful one see the Pit. You make known to me the path of life. Abundance of joys are in Your presence, eternal pleasures at Your right hand. —Psalm 16:9-11

JVMI staff member Jack Zimmerman recounts, “It broke our hearts to see the poverty and devastation… the images of what we saw transcends words.”

Equally alarming was the awakening acceptance by the staff and volunteers that time and resources would prevent many from receiving care before the end of the day.

Jack goes on, “Our hearts are to treat and minster to everyone within our reach. How can we feel that we’ve completed our work when we have to turn people away, especially women and babies?”

But that didn’t deter the level of care and compassion in the hearts of the volunteers. Jack recalls one particular interaction that final day when the healing of Yeshua was present.

A young man who was weak and unable to walk on his own reached the front of the line. He was led by volunteers who’d quickly assessed that he was blind.

After a thorough examination, it was determined that the blind man’s vision couldn’t be aided with the equipment on hand, but the physician who examined him felt confident that a procedure could be performed to restore the young man’s sight in nearby Harare.

Although the amazing news of restored vision was one to be celebrated, the day was now drawing to an end, and the volunteers knew they had hard news to deliver to the crowd still waiting to be seen: the clinic would soon be closing for another year.

It was a heartbreaking moment as the volunteers prepared the announcement, but instead of the anticipated mass disappointment from those still waiting in line, something remarkable occurred.

There was applause. It’s one of the ways the Lemba express their gratitude.

The volunteers had expected the possibility of an angry unsettling stemming from a sense of abandonment, but that’s a Western mindset where it’s more common than not to expect pandemonium when a store sells out of an item before it can be purchased by the masses. Shoppers who had camped out for hours so they could be in line when the stores opened certainly don’t applaud when they’re turned away.

The concerned minds of the JVMI staff and volunteers were quieted by the applause. Jack says that he believes “everyone in that line was clapping because they knew that even though they wouldn’t receive what they needed that day, they knew we loved them enough to come out and do whatever we could to help.”

The applause was their way of saying that although they never made it to the front of the line, they were thankful for our presence...their hearts were glad and their souls rejoiced (Psalm 16:9).

There are thousands of people waiting for our scheduled return in October to distribute life-saving medicines, offer spiritual encouragement, and prepare the way of the Lord! Our goal this year is to help everyone who comes to us. Each Jewish Voice clinic is made possible by the prayers and gifts of God’s people. We invite you to partner with us to change lives as we proclaim Yeshua to Jewish people in Masvingo and around the world.

Shavuot: What it is and What You Should Know 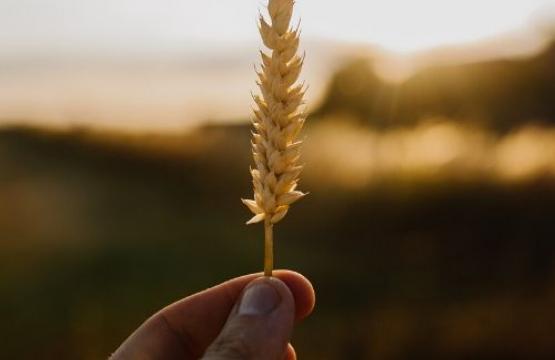 Shavuot: What it is and What You Should Know 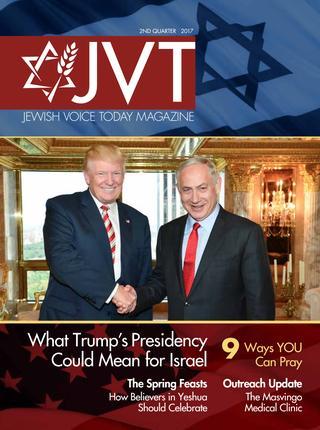 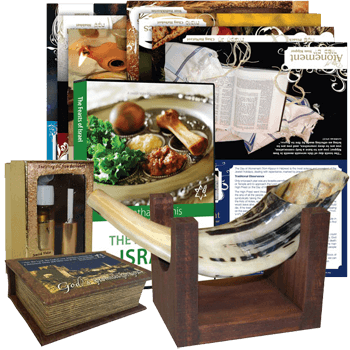