Update on the Building of the Third Temple
by Dr. Randall Price

Those who believe Scripture contains a literal fulfillment of the biblical covenants for the Jewish people and the Land of Israel recognize rebuilding the Temple is part of this promised future. In Jeremiah’s presentation of the New Covenant for Israel, we read:

Behold, days are coming,’ declares the LORD, ‘when I will fulfill the good word which I have spoken concerning the house of Israel and the house of Judah. In those days and at that time I will cause a righteous Branch of David to spring forth; and He shall execute justice and righteousness on the earth. In those days Judah shall be saved, and Jerusalem shall dwell in safety; and this is the name by which she shall be called: the LORD is our righteousness.’ For thus says the LORD, ‘David shall never lack a man to sit on the throne of the house of Israel; and the Levitical priests shall never lack a man before Me to offer burnt offerings, to burn grain offerings, and to prepare sacrifices continually.

This passage speaks about the Messianic Age when all Israel will be saved and restored to the Land of Israel. At that time, a righteous descendant of David, the Messiah, will sit on the throne in Jerusalem, and the Temple will again stand complete with its Levitical priesthood. If this is to be a future reality, is there any sign of preparation for a third Temple in Israel today?

Since 1987, when the Temple Movement began preparations for the rebuilding of the Third Temple, efforts to see this become a reality in the 21st century have been slowly progressing. While modern Israel and a large percentage of the Jewish people throughout the Diaspora are secular, Orthodox Jews do not believe these people will play a role in the rebuilding of the Temple since it is a spiritual work. It is Orthodox Jews who revived the Sanhedrin, the religious body that supervised the halachic (legal) issues related to the Temple and who intend to see it rebuilt in a proper way.

The importance to Orthodox Jews of rebuilding the Temple lies in its role in the redemption of the world, which they believe can only take place once the Temple is rebuilt. Gershon Salomon is director of the Temple Mount Faithful, an organization that has been trying to prepare Israeli society to accept and promote the rebuilding of the Temple through demonstrations at the Temple site, the construction of a cornerstone for the Third Temple, and the making of various Temple-related utensils. Salomon has said: “[Building the Third Temple] is an act which must be done to complete the redemption of the people of the Bible in the Land of the Bible. I cannot imagine an Israeli State or Israeli life in this country without the Temple Mount in the center of this life.”

However, many religious Jews do not support this idea because they have adopted a Diaspora mentality and a spiritualized way of thinking, which sets aside hope in a literal fulfillment of the biblical prophecies regarding a future Temple. For them, the present political situation on the Temple Mount with Muslims controlling the site is acceptable. Jewish leaders in the Temple Movement believe the Jewish people are not living on the spiritual level God intended because of the absence of the Shekinah (Divine Presence) from the world. Rabbi Chaim Richman, Director of the Temple Institute, which has produced all the ritual vessels necessary for the function of the Temple and works to train priests for this future work, says there is a connection between the need for a new level of spiritual attainment and the rebuilding of the Temple: “The Shekinah is brought about only through the Temple.…In terms of our mission as a people, we cannot in any way reach our spiritual status without the Temple.” For Orthodox Jews committed to reestablishing the Temple, both the present problems of the world and the problems faced by the Jewish people will be solved only by rebuilding.

Are we any closer to the rebuilding of the Temple today? The world is radically opposed to Israel’s claims in Jerusalem, much less their contested ownership of the Temple Mount. On a practical level, Jews are banned by Israeli law from praying at the site, and those who visit are daily accosted by Muslims, such as the Women in Black, who maintain a constant vigil on Jewish presence at the site. In addition, the Islamic authorities officially deny that a Temple ever existed at the site. Nevertheless, recent developments have contributed to the Temple Movement’s goals and the realization of the rebuilding of the Temple in our lifetime.

Answering the charge of denial a Jewish Temple ever existed on the site, archaeologists discovered in decades-old research that the site of the Al-Aqsa mosque, which Muslims believe was built by Abraham, was once a place for Jewish ritual preparation for entering the Temple. The evidence for this came from a report filed by British archaeologist Robert Hamilton who had documented excavations of the mosque’s foundations after it was destroyed in an earthquake in 1927. He discovered beneath the floor of the mosque the remains of a Jewish miqveh (ritual pool used for purification). It dated to the time of the Second Temple when Jews immersed at this site before entering the Temple precincts. These findings, hidden deep in the British Mandatory archives department because they embarrassed Muslim officials, now provide evidence that the ancient Temple stood on the modern Temple Mount and was a place of Jewish presence.

Concerning the preparations for the Temple service, the Sanhedrin has taken steps necessary for reinstating future Temple service. One project of the group has been the planting of the Biblical Temple forest which will serve the agricultural needs of the Third Temple. Rabbi Hillel Weiss, spokesman for the Sanhedrin, explained that the Temple provided a link between the land and the Divine: “When people think about sacrifices, they think about animals and blood, but most were from plants grown around Israel.”

Rabbi Richman, also a member of the Sanhedrin, has been heading a project to restore the sacred Red Heifer to Israel. According to Numbers 19, the ashes of the Red Heifer mixed with water are a necessary element for purifying Jews to enable them to do service in the Temple. During the time of the First and Second Temples, a span of approximately 1,000 years, only nine Red Heifers were used in preparing the waters used to purify Jews. According to Jewish tradition, the tenth one will be used by the Messiah. Richman and other rabbis of the Temple Institute are providing halachic supervision and guidance in partnership with an Israeli cattleman who is an expert in the science of animal husbandry. He is utilizing the technique of implanting the frozen embryos of the Red Angus cattle, which originally come from North America, into Israeli domestic cattle. A red heifer cannot be transported to Israel for use in the Red Heifer ceremony, because the animal cannot have ever worn a yoke and must be born in the Land of Israel. The project is the culmination of years of research at the Temple Institute that fuses ancient religious texts and modern science.

The Sanhedrin and the Temple Movement also hold reenactments of Temple ceremonies for the training of those who are from the priestly class known as Kohanim. This training involves special schooling on the duties of the priests, the use of ritual vessels created for use in the Third Temple, and practice on a newly constructed altar of burnt offering. This altar is unique because it was designed to be disassembled and quickly reassembled in its proper permanent location, because the people of Israel are required to build an altar exclusively on the site of the original altar on Mount Moriah, the Temple Mount. When the time is right, it will be re-assembled on the Mount in the Temple, enabling the sacrificial service to be resumed without delay.

"For Orthodox Jews committed to reestablishing the Temple, both the
present problems of the world and the problems faced by the Jewish people
will be solved only by rebuilding."

Another recent rediscovery of the Temple Institute has been the revival of the science of producing biblical crimson. This dye was used in the garments of the High Priest, the parochet (the massive curtain that separated the Holy of Holies from the Holy Place in the Temple), and was an ingredient used in the mixture combined with ashes of the Red Heifer. Professor Zohar Amar of Bar Ilan University discovered that the eggs of the tola’at shani (crimson worm) found in modern Israel would produce the crimson dye.

While the Temple Movement continues to prepare for the rebuilding of the Temple, most understand that some political action must take place to reverse the present situation of control of the Mount by Muslims, in order to allow for Jewish access. This currently may be in process. Concerning the site, Israel’s Supreme Court has stated in its ruling Opinion on the Issue of the Works on the Temple Mount, “The reality on the Temple Mount…is by no means simple. It is extremely delicate and complicated…This is one of those cases in which a judicial ruling is not the reasonable way to decide the dispute, and a decision of this kind goes beyond the boundaries of the law. It is the political echelon, and not the court…that must give content and meaning to the historical call: ‘The Temple Mount is ours’.” In other words, this must be a political, not legal, action. Those who understand Daniel’s prophecy of the seventieth week (Daniel 9:27) know that it is a future political leader, the Antichrist of Revelation 13, who will one day make a deceptive covenant with the Jewish leaders, leading to the rebuilding of the Third Temple.

How might this happen? One possibility was found in an academic book on the politics of the Temple Mount: “Given the emphasis upon the international community’s interest in the sites, under the concept of heritage of humankind, representatives from the international community need to be included as mediators and guarantors. These would likely come from the United Nations (UNESCO) and drawn from regional powers such as the Arab League, NATO, or interested states such as the U.S., the E.U., and Russia…Any proposed legal regime will require interfaith cooperation composed of religious leaders from the region. It may be supplemented by international religious leaders who may serve as mediators.”1 Those who seek to understand biblical prophecy know that the Antichrist will be followed by both political and religious leaders, making this kind of proposal a reality.

It is exciting to see these developments unfold in the Land of Israel regarding the building of a Third Temple as we eagerly watch for the second coming of our Messiah! 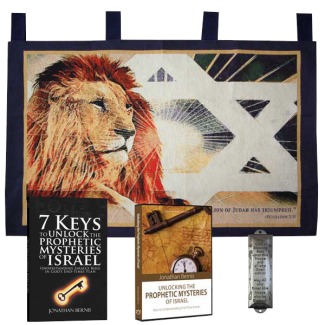 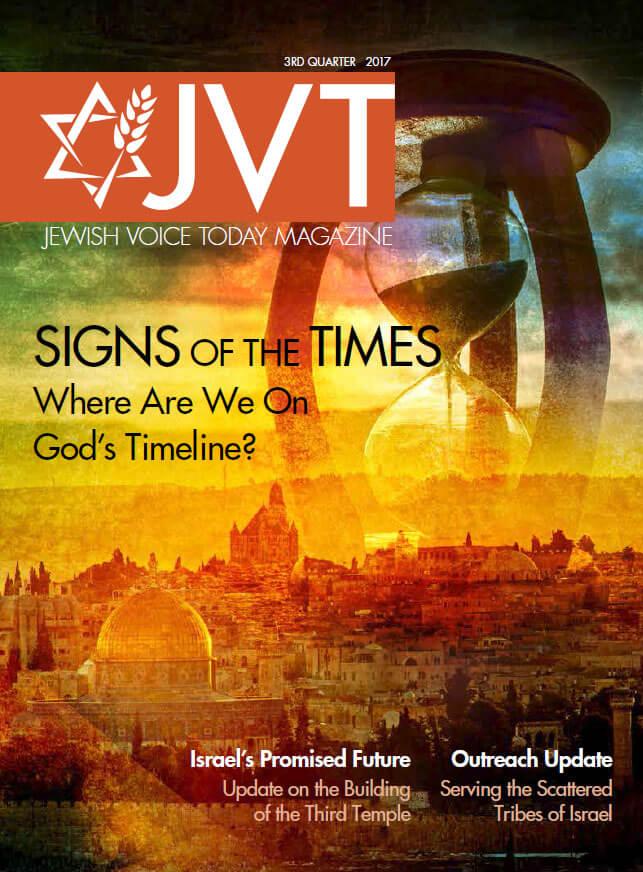 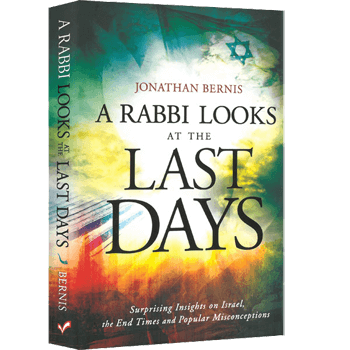 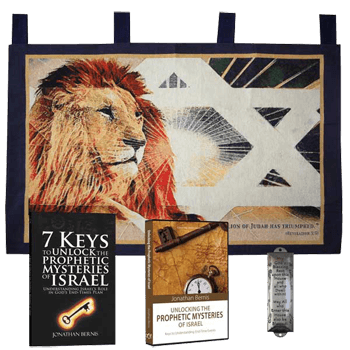