What You Need To Know About The BDS Movement

Have you heard of the Boycott, Divest, and Sanction (BDS) movement? If you’re a student on a college campus, or if you’re involved with businesses or organizations doing business with Israel, you may be familiar with BDS initiatives. But as this anti- Semitic movement wrapped in a cloak of social justice continues to gain traction on campuses, businesses, and even in some religious denominations, it is important for each one of us to learn more about it so we can be “wise as serpents and innocent as doves” (Matthew 10:16,TLV). 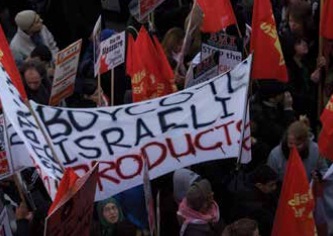 The goal of the BDS movement is to apply political and economic pressure on the State of Israel in order to “encourage” a two-state solution. By boycotting products and services made in Israel, encouraging corporations to divest themselves of holdings that might in some way provide economic benefit to the country, and attempting to brand Israel as a human- rights violating apartheid state, BDS organizers hope to bring their own vision of justice to the region. It is a vision that doesn’t include the State of Israel in its viewfinder.

BDS leaders use the rhetoric of religious and moral authority to condemn Israel in sermons, essays, press releases, reports, and other publications. Palestinians are portrayed as the weak, oppressed people who must be defended against Israel’s bullying and injustice. These anti-Israel sentiments are used to mask anti-Semitic attitudes.

Dr. Harold Brackman of the Simon Wiesenthal Center, a human rights organization dedicated to confronting anti-Semitism, said the BDS movement, “...presents itself as a pro-peace initiative but in reality is a thinly-veiled, anti-Israel and anti-Semitic ‘poison pill,’ whose goal is the demonization, de-legitimization, and ultimate demise of the Jewish State. Taking a page from the late twentieth century worldwide campaign against the South African Apartheid regime, BDS casts a global anti-Israel net on campuses, among unions, entertainers, and Churches.”

The Anti-Defamation League (ADL), another organization dedicated to tracking and combating anti-Semitism, noted that the movement has gained traction on college campuses. They noted that there were 520 anti-Israel events on U.S. college campuses last year, and over half of these focused on BDS themes. These gatherings and forums often linked the Israeli-Palestinian conflict to other popular social justice issues like the Black Lives Matter 2 (BLM) movement. In these settings, BDS is promoted on campuses as a non-violent way to work for justice for the Palestinian people. Idealistic young adults are a key target for the efforts of BDS organizers.

It should come as no surprise that the primary drivers of this movement are a confederation of Palestinian groups.3 They’ve managed to gain support from a sizable number of international banks, trade unions, colleges (here in the U.S., most visibly, some of the University of California campuses), and the World Council of Churches. 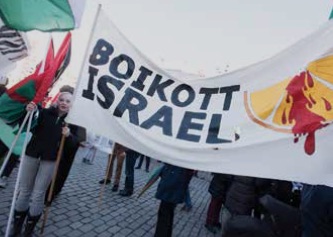 Christians from more theologically conservative denominations and churches historically have been known for their strong support of Israel. Yet this is changing among younger Evangelicals. Reporter Nathan Guttman, writing about this trend in the Israeli newspaper Haaretz, noted, “For some on Christian college campuses, the appeal of pro-Palestinian views may be part of a general trend among young evangelicals to question the conservative ways of their parents’ generation.”

BDS is presented as a thinking person’s way of combating injustice, with no mention about the injustice of rabid anti-Semitism it engenders. To be sure, terrible injustice is taking place across the entire Middle East. The refugee crisis brought on by Islamist-led military events across Northern Africa, Syria, Iraq, and Iran has forced hundreds of thousands of innocent people into fleeing their ancestral homes in search of safety. Many living in Gaza and the West Bank are living in difficult conditions while dealing with the consequences of the ongoing terrorism aimed at Israel and originating from within these territories.

I believe the quest for stability in the region will not be advanced by efforts to weaken Israel via the BDS movement. I also believe that efforts like BDS are a reminder that as we move toward the End of Days, the words of the prophet Zechariah are as fresh as today’s headlines: “I will gather all the nations against Jerusalem to wage war...” (Zechariah 14:2, TLV ). Truly, BDS is another sign of the times. 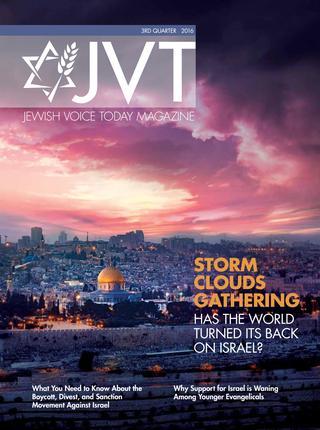