When the Jewish people were captives of the Babylonian Empire, King Nebuchadnezzar did a terrible thing: He made an idol. Whenever I read this story in the book of Daniel, I can’t help but wonder: How many times, how many earthly kings, how many wayward peoples, had to make their own false gods before they learned their lesson?

But Nebuchadnezzar made the gold statue anyway, and he commanded everyone to worship it whenever they heard music playing. This order would have been devastating to the Jewish people. They knew that there was only one God, and that He alone should be worshipped. They would have reminded themselves of this every morning, as the Lord commanded them in Deuteronomy 6: “The Lord our God, the Lord is One!” (Deut. 6:4).

(In fact, this special prayer, called the “Shema,” is still recited by Jewish people all over the world to this day!)

Three brave Jewish men with rather interesting names – Hananiah, Mishael, and Azariah (they may be better known to most Believers by their foreign names of Shadrach, Meshach, and Abednego) – refused to bow down to King Nebuchadnezzar’s puny statue. In response, the king and his henchmen threatened to throw them into a fiery furnace. Here’s how they responded to that threat:

Our God whom we serve is able to deliver us from the furnace of blazing fire, and He will deliver us out of your hand, O king. Yet even if He does not, let it be known to you, O king, that we will not serve your gods, nor worship the golden image that you set up. — Daniel 3:17-18

Even if He does not.

For many of us, 2020 was a very challenging year. We struggled through a global pandemic, economic and racial unrest, and finally a contentious American election fraught with rumors of foul play. This year of many great trials left a lot of us asking the same question: God, what are you doing?

Where Did God Go?

I can’t help but wonder if the Jewish people living under the cruel thumb of Babylonian rule in the time of Shadrach, Mechach and Abednego had a similar question. They’d already lived through the Assyrian captivity many years earlier. Maybe they were hoping for smooth sailing after that trial. When the Babylonians stormed in, they must have wondered…

My friends, the answer is yes, God is good. Yes, He is still on the throne. No, He did not fail – He didn’t fail the Jewish people in 590 B.C. and He hasn’t failed us today. Because He cannot fail! And yes, He loves us -– with an “everlasting love,” as the prophet Jeremiah wrote in the Book of Jeremiah 31:3. (Did you realize he wrote that during the Babylonian captivity?)

The truth is, none of the hardships and difficulties we weathered in 2020 and in our own lives before that – none of it surprised God. And much of it wasn’t even unique. This is not to shame us – our hardships are hard! But it should comfort us to know that we are not alone, and we are not the first of God’s people to suffer.

Global pandemics, in fact, aren’t new to the human struggle. Did you know that in the mid-1300s, the black plague swept through the world, killing people at a death rate of 80 percent? Even the Spanish flu, which hit the modern world in 1918, killed millions and millions of people.

All of that suffering is to say nothing of the human-caused persecution that has plagued humanity since Cain killed Abel. I spent years living in the former Soviet Union,, ministering to Jewish people there in the 1990s. I watched in the days immediately following the fall of Communism the devastating effects of 70 years of isolation and control. I experienced waiting in long lines, for hours for one item of food Even though they were taught that there was no God I know that many still silently believed and questioned where God was in the midst of their struggles.

Think, too, of the suffering the Jewish people have endured over the last 3500 years. There have been wars, captivities, the sacking of the Temple, the destruction of Jerusalem, Crusades, programs, and even the Holocaust. And though we know that God has preserved Israel -  as the saying goes, “Am Yishrael Chai!” The People of Israel Live! - still, they have suffered gravely.

Don’t hear me say that our modern suffering or the struggles we’ve experienced together during this pandemic aren’t real or hard. They certainly are. And as I’ve said before, I truly do believe we are in the Last Days, and that Jesus will return soon. But we can’t let the Enemy use these hardships as an opportunity to whisper the lie in our ears: that God doesn’t care or has left us alone; or even worse: that He’s not there at all.

Remember what Shadrach, Meshach, and Abednego said. They knew God was real and that He was sovereign. They knew He could save them if it was His will (and He did!). But even if He hadn’t – even if their suffering was to include burning in the fiery furnace – He would still be God, and He still deserved their exclusive worship!

I want you to see something else in the story of Shadrach, Meshach and Abednego that I think is incredibly important. I believe one reason these men were able to stand strong against the king’s threats was that they were together. There was not just one, but three of them who were willing to face death instead of disobeying God.

We need each other. I have been absolutely heartbroken these past several months to see the divisions that are fracturing relationships in this country, and even among God’s people! Divisions over politics seem especially potent right now. Perhaps you have dealt with broken personal relationships and painful arguments with loved ones that have left you tired and weary.

Now, there are areas of our current political climate that warrant healthy and robust debate. No one should seek to silence another simply because they have an opposing viewpoint, but we cannot confuse politics – the bickering and the name-calling and the game-playing – with the Word and the Kingdom of God! When our debates and conversations turn sour and hurtful and create unhealthy division, we must stop. But love must prevail.

In 1 Corinthians, Paul pleads with the people of Corinth to be united together. To be sure, the Corinthian Believers were facing persecution and difficulties – some perhaps even more dire than those we are facing today. But still Paul wanted them to live peacefully with each other. “Now I urge you, brothers and sisters, through the name of our Lord Yeshua the Messiah, that you all speak the same thing and that there be no divisions among you, but that you be united in the same mind and in the same purpose” (1 Corinthians 1:10).

Paul wanted the Corinthians to remember that their Messiah, their Savior, came from heaven. Not from earthly kings, not from Rome, not even from the powerful religious leaders of the day. It is the same for us! The answer for America and the other nations of the world isn’t a politician. It isn’t even a political system. The answer is Yeshua, Jesus!

Paul’s call for unity among the Corinthian Believers was an echo of what Jesus prayed in the garden before his death. That night, He pleaded with His Father for the unity of Believers. “I do not ask for these only, but also for those who will believe in me through their word, that they may all be one, just as You, Father, are in me, and I in you.” (John 17:20-21).

Jesus knew that if we are to go about the work of building the Kingdom of God, and sharing the Good News with all nations, to the Jew first, then we must be united. We cannot do it apart.

2020 was tough. This pandemic and the isolation and uncertainty it has brought has been so hard. The racial tension and the economic hardships and broken family relationships are hard. I wish I knew when it would all get better. There are many things about God’s plan that I don’t understand.

And while I know that many of you would have hoped I’d take a stand for your particular view or your particular candidate or political party, I have to stand, like Hananiah, Mishael, and Azariah, for God’s view. Because the Bible is clear: even when we suffer and feel confused we know that God is still in the business of working all things together for good for those that are called according to His purpose (Romans 8:28).

We have a destiny to fulfill. We have a kingdom to build. No pandemic and no political strife can stop us – but we must be united to accomplish it. So let’s get to work! 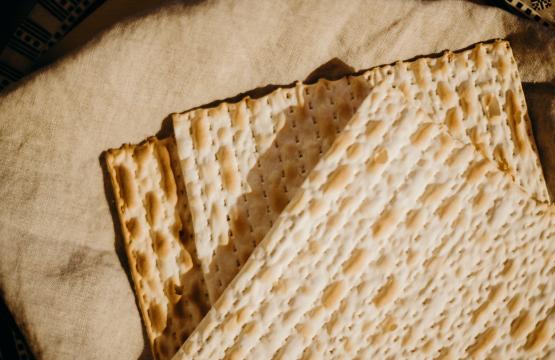 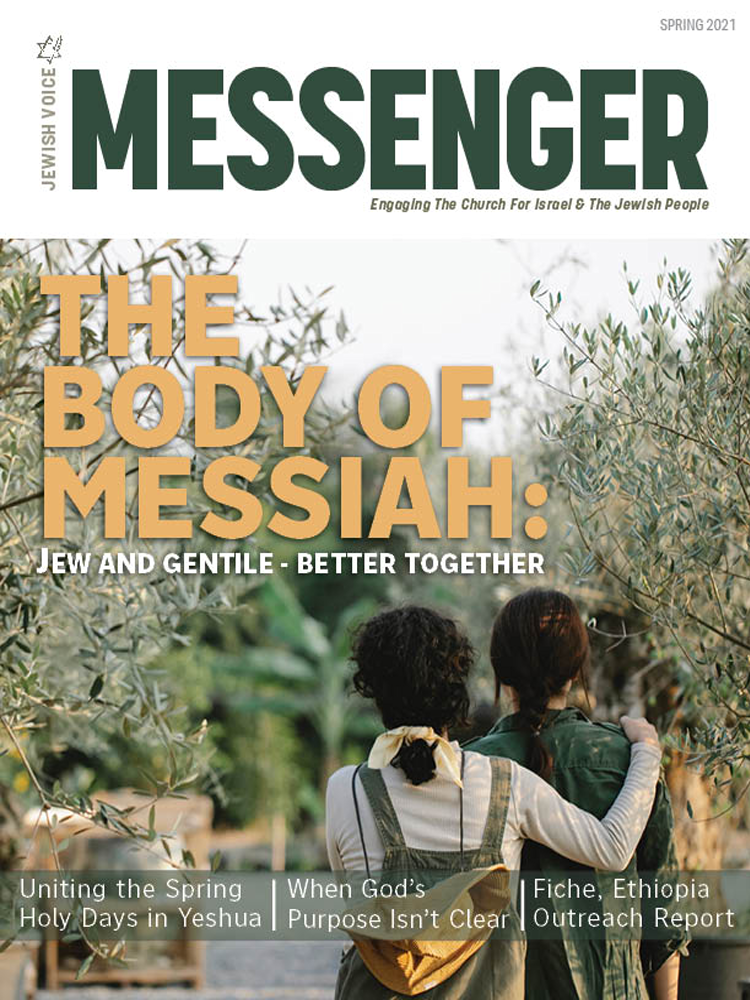