You’ll be thrilled to read this report from Hosanna!

TOGETHER we can do it...one person at a time!

It was barely daylight on the first day of the JVMI medical clinic in Hosanna, Ethiopia. Staff and volunteers assembled to prepare for a week of ministering to the physical and spiritual needs of the Gefat Jewish people, one of the Ethiopian Jewish communities whose heritage and customs trace back to Israelites dispersed into Ethiopia.

The history of the Gefat Tribe dates back 600 years, and today they are known locally as the “Fuga,” a derogatory term that means “hated, unliked people.” The original meaning of Fuga was “blower” because they were blowers of the shofar, but over the years, the term morphed into something insulting—more commonly expressed now as “may they dry up and blow away.”

But in spite of the century-long attempt at repressing the people they were there to minister to, everyone at the medical clinic on that early morning would soon learn that the deeply embedded heritage of faith of the Gefat Jewish people had not even come close to being suppressed.

As JVMI team members gathered to pray for Yeshua’s guidance and presence on the hectic first day of the medical clinic, the doctors, nurses, and other staff and volunteers didn’t know that the first patient of the day—a young pregnant woman in the late stages of labor—was already standing at their door.

Having walked from one of the most impoverished areas of Hosanna during the chilly, predawn hours that morning, the young woman— now only a few moments away from giving birth—waited patiently.

When asked through an interpreter why she had walked so many miles out of her way to the clinic instead of a hospital nearer to where she lived, she replied that God spoke to her during the night and told her to walk the dusty and distant miles to the Jewish Voice clinic.

The young woman had heard the Lord telling her that He would show her the way to the place she needed to be to safely give birth to her precious child.

Having delivered babies in our clinics before, we knew that assisting this woman in the delivery of her baby was likely far superior to the alternative. Conditions in many hospitals in the developing world can be challenging—especially with regard to sanitation and qualified medical staffing. They are often places where giving birth can be subject to poor conditions that may threaten the life of the mother or child.

Within mere minutes of arriving at the clinic, JVMI doctors and nurses were able to deliver her baby without any complications that may have arisen from her grueling walk. This faithful woman gave birth to a beautiful, healthy boy who she named Amanuel, meaning “God is with us” in her native Amharic language. 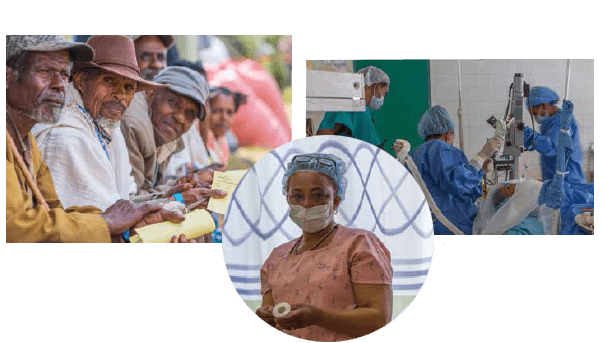 Later that week, when a terrified father carried his unresponsive adolescent daughter into the clinic, staff and volunteers hurried to swiftly create a makeshift oxygen mask to revive the girl. Her father was able to hastily communicate through an interpreter that his daughter’s unconscious condition was from seizures that she’d recently been experiencing several times a week.

The improvised oxygen mask was a success, and the young girl slowly began to regain consciousness, but what happened next caught everyone in the clinic by surprise. Not knowing where she was, how she got there, or who the many people standing over her were, she began to scream in absolute fear. Seeing the perilous situation, her father diligently tried to calm her while the medical staff quickly prepared and administered the IV sedation and seizure medication she needed.

In a situation that had quickly escalated from bad to worse, the medication acted quickly to calm the frightened girl. Shortly thereafter, the medical staff performed a thorough examination on her to determine what type of ongoing medication she needed so they could send her father home with what he needed to prevent another seizure.

Had the JVMI clinic not been available to this frantic father and his unresponsive daughter, it’s difficult to imagine what the outcome to this medical emergency might have been or whether the girl would have ever received the ongoing medication she needed to prevent future life-threatening seizures.

God’s timing is indeed perfect. The Bible tells us over and over again that it is not for us to know His plans, but to trust His timing in all things and His willingness to do good for those who love Him.

One of the hallmarks of Yeshua’s ministry on earth was His compassion for the broken. As He traveled from village to village, He healed many diseases and cast out demons, freeing captives from both physical and spiritual bondage.

Through your prayers and partnership, you’ve helped JVMI travel to villages in the far corners of the world to do good for those who love Him. Because of faithful partners like you, lives like those in Hosanna continue to be saved through the hope and healing of Yeshua. But the Gefat Jewish people represent only a small fraction of our international medical outreaches planned for this year and beyond. Our prayers are to offer the compassion of Yeshua to every impoverished Jewish community throughout Africa.

What we encounter on these outreaches is often immense and heartbreaking. Where traditional medicine can’t help, our Lord often miraculously provides personal healing. Most of those that receive our ministry have never seen a doctor nor heard the Good News of their Messiah. At our medical clinics, they have the opportunity to receive both.

We desperately need your continued prayer and support as we prepare for our next outreach planned for April 27—May 8, 2017, when we’ll minister hope and healing to the Lemba tribe in Masvingo, Zimbabwe.

Since our first outreach to the Lemba living in poor rural villages like this in 2012, these ancient people of Israel have come to faith in Yeshua in remarkable numbers. Over 60 Messianic congregations have been planted. At last year’s outreach, more than 750 people prayed to receive Yeshua. With your help, that number will grow this year.

One Person at a Time

We’re told in John 8:47 that “He who belongs to God hears the words of God.” God has called each of us to minister to one person at a time. You may not be able to physically join us in Zimbabwe, but you can answer God’s call to help in other ways. Your financial gifts will help us distribute life-saving medicines, offer spiritual encouragement, and prepare the way of the Lord to one lost and hurting soul at a time.

Just as we were able to be a part of God’s perfect timing in Hosanna, your generous financial contributions will help us do good for all who love Him in every corner of the world.

There are many thousands of people waiting for our return to Masvingo this year. We don’t know what life-threatening medical emergencies may be waiting for us— whether it’s delivering a baby after his mother’s grueling walk or administering life-saving seizure medicine to an unconscious girl—but we do know the need is great to bring the hope and healing message of Yeshua to the scattered Tribes of Israel. 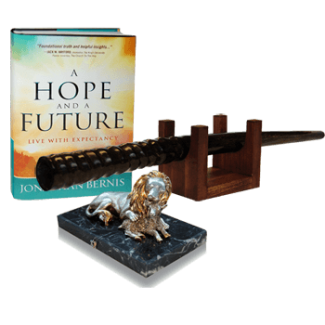 Hope and a Future Book, or Lion and Lamb Package, or Shofar and Stand package. 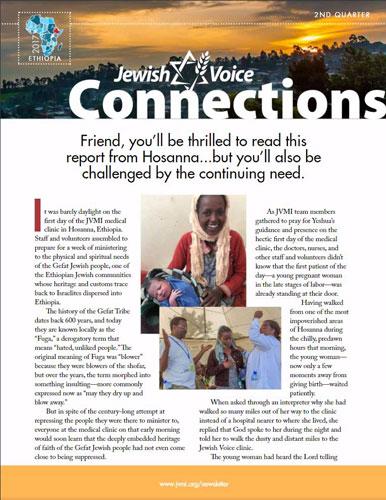 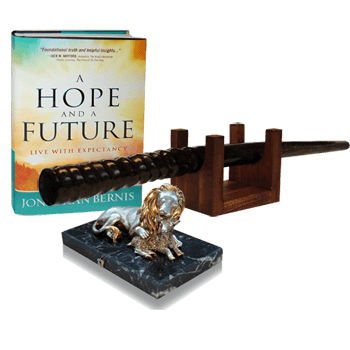