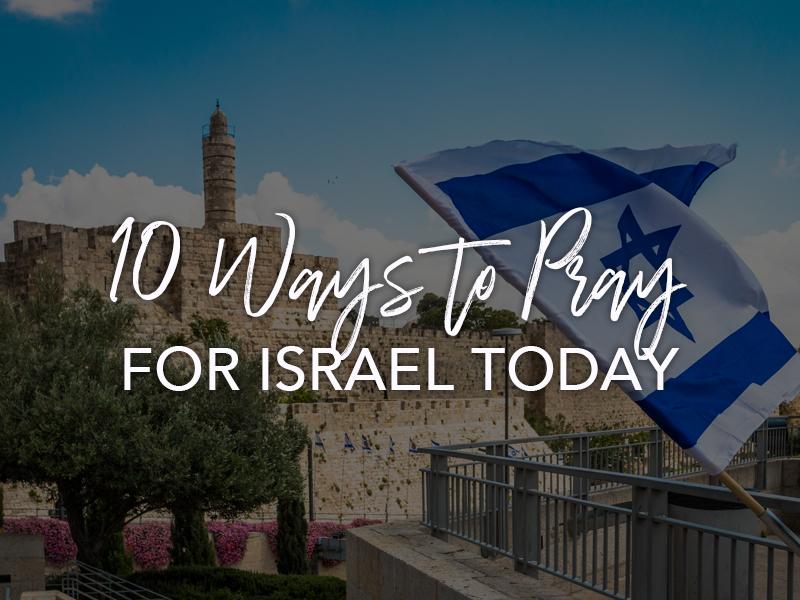 Why Pray for Israel today?

Among Israel’s most prominent supporters are Evangelical Believers. Still, much of the Church remains indifferent or even opposed to Israel today, unaware of important biblical truths about God’s chosen people and their own relationship to them.

A vital part of the mission of Jewish Voice Ministries International is to educate the Church about God’s ongoing covenant with and plan for Israel. New Covenant faith in Yeshua (Jesus) is rooted in the Jewish faith of the Old Covenant Scriptures. Upon this foundation, God sent Yeshua to usher in the promise of Jeremiah 31:31-33. He declared that one day He would write His law upon the hearts of His people and put His Spirit within them. This prophecy was fulfilled through Yeshua the Messiah and the gift of the Holy Spirit given to all who place their faith in Him.

Scripture reveals ample reasons for Believers to pray for and support Israel today:

In 1948, the United Nations may have granted Israel the right to “be,” but it is God who validates her existence. He chose the Jewish people for His own, for His purposes and for eternity.

The country Israel today represents only a portion of the Land God gave the Jewish people as an eternal inheritance. About the size of New Jersey, it’s sometimes difficult to even locate Israel on maps. She is a tiny nation in a hostile neighborhood of Arab countries who consider her mere existence an offense. The region swarms with people, terrorist groups and nations single-mindedly committed to eliminating Israel today.

About the Day to Pray for the Peace of Jerusalem

The Day to Pray for the Peace of Jerusalem (DPPJ) has become the largest Israel-focused prayer event in history. At least 175 nations and 500 million Believers participate. The event began in 2002 and now has the active support of more than 1,400 evangelical leaders. It takes place annually on the first Sunday in October.

According to the DPPJ website, it is a day set aside each year “to raise global awareness and intercession for God’s purpose in Israel.”

“Though we pray every day for Israel,” the organization explains, “we seek on this day to unite Believers around the world in raising a cry to Heaven on behalf of this troubled but strategic Land and its people.”

The 2018 Day to Pray for the Peace of Jerusalem is Sunday, October 7. Join people all over the world in praying for peace in Jerusalem, for Israel today as a nation and Jewish people everywhere.

For more information about the Day to Pray for the Peace of Jerusalem and how you can encourage your congregation to participate, visit www.daytopray.com.

10 Ways to Pray for Israel

Below are 10 specific ways you can pray for Israel today. For a complete list of suggested prayer topics, explore the resources available on the DPPJ website.

1. Restoration and Reconciliation – Pray for:

3. Peace and Protection – Pray for:

8. Israel’s Children and Youth – Pray for:

9. The Needy, Forgotten and Vulnerable in Israel – Pray for:

10. Strong Alliance between America and Israel – Pray for: