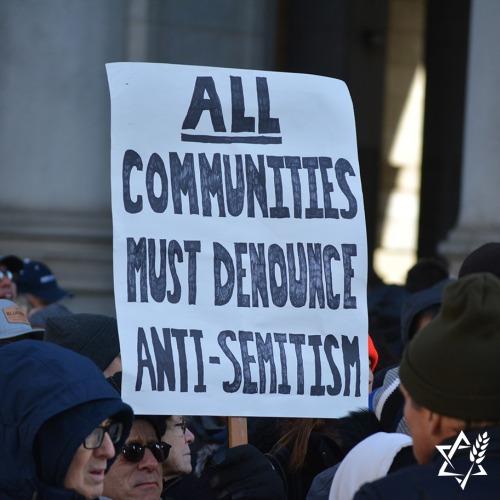 Anti-Semitism on the rise in Russia

In whatever you’re facing today, I pray God’s strength and peace for you.

There’s no greater promise we have from God . . . which was ultimately realized in the coming of His Son, Yeshua (Jesus), the Messiah.

That’s why I’m hoping you’ll join with me and everyone at Jewish Voice as we pray for strength and peace in Israel. Based on the headlines below, we know there’s unsettling animosity against the Jewish people – both in Russia and in Israel.

We must stand together, remain watchful and vigilant . . . and ask God to strengthen His people, give them peace and change the hearts of their enemies.

And as you pray today, please continue to pray for the work and ministry we share at Jewish Voice. And pray for God to open more doors to share the Good News of Yeshua with the Jewish people.

As Putin’s war sputters, anti-Semitism seeps into the Russian media

The Jerusalem Post reports that as Russia’s war in Ukraine begins to flounder, openly anti-Jewish rhetoric is entering the country’s mainstream media.

According to The Jerusalem Post, Russian President Vladimir Putin has, throughout his 22-year term, cracked down on the open anti-Semitism that nearly all of his predecessors had either encouraged, tolerated or ignored.

But now, openly anti-Jewish rhetoric is entering the country’s mainstream media, with a popular talk show host naming Jews on air as being insufficiently patriotic and a think tank accusing a prominent Jewish philosopher of siding with Ukraine out of greed.

The uptick in anti-Semitism adds to the forces that have caused tens of thousands of Russian Jews to leave their country since Putin invaded Ukraine. According to The Jerusalem Post, about 20,000 people, or 15% of Russia’s estimated Jewish population, emigrated from Russia to Israel this year alone. And authorities in Israel are preparing for many more now that Putin has begun drafting civilians for miliary service in Ukraine.

The Israel Defense Force (IDF) and Shin Bet (Israel’s Security Agency) thwarted a Hamas terrorism financing scheme used to funnel money from Hamas in Gaza to fund terrorism in the West Bank and Turkey. Gazans entering Israel for humanitarian reasons or with work permits would deposit money in Israel. Then a group of student activists at Birzeit University in the West Bank would withdraw the money and send it to Hamas officials in Turkey. The activists were arrested in possession of credit cards with the illegal funds.

Two shootings carried out against Israelis in West Bank

Palestinian terrorism is on the rise around Israel’s Hebron area. Two weeks ago, Palestinians fired at a yeshiva (an Orthodox Jewish school) at the entryway to the Carmel settlement in the South Hebron Hills, injuring one of the students. And just last week, Palestinians shot twice at Israelis in the West Bank within a 24-hour period, as local leaders called on the IDF to do more to crack down on rising Palestinian terror.