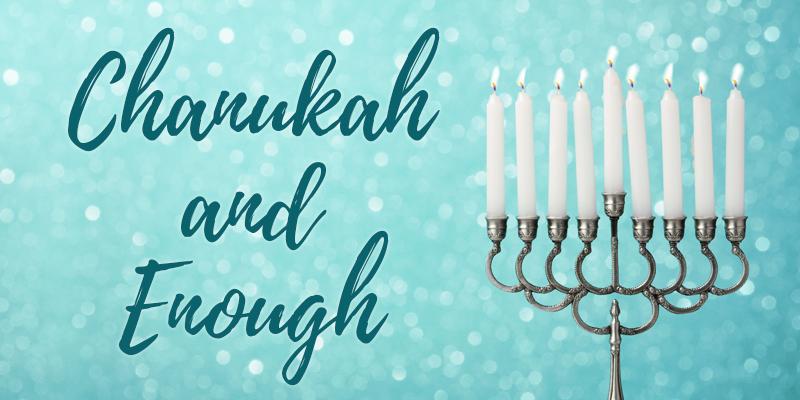 The Maccabees had withstood all they could. Enough was enough. It was time to act in faith.

In the second century B.C.E., Antiochus IV’s efforts to assimilate Jewish culture into his own reign developed into full-scale persecution. He forced idol worship with violent consequences for those who refused. Antiochus further taunted the Jewish people by taking over the Temple, forbidding Jewish worship and sacrificing a pig on the altar which resulted in desecration.

A small group of faithful Jewish men, known as the Maccabees, refused to worship other gods and soon revolted. They were greatly outnumbered, but God gave them victory, and they took back the Temple.

Their goal was to rededicate the Temple as quickly as possible, but they could only find one day’s worth of undefiled oil to burn in the Temple’s lampstand. It took eight days to make and consecrate new oil. So, in faith, they lit the lamp and began the process of rededicating the Temple to God.

The small amount of oil burned the eight days needed until more could be made. It was a great miracle. God provided light for the Temple, sealed the victory and provided for His people.

Chanukah (HKHAH-noo-kah) is an eight-day celebration commemorating this miracle of the oil. It is also called the Festival of Light and the Festival of Dedication. Today, Jewish people celebrate Chanukah by lighting the Chanukah candles. On the first night, a Servant Candle, called the Shamash, is lit first and then used to light the initial Chanukah candle. Each successive night, one more candle is lit until, on the eighth night, all eight burn brightly. Another Chanukah custom, added later, is the giving of gifts each night, often of increasing value. Fatty foods represent the oil of long ago. Chocolate coins are plentiful, and many enjoy playing dreidel games.

For Messianic Jews, Chanukah carries additional meaning to the miracle of light God performed during the Maccabean Revolt. We recognize Yeshua (Jesus), who is the Light of the World.

As the Chanukah lampstand – known as a chanukiah (HKHAH-noo-KEE-uh) – grows brighter with each successive night of the holiday and gifts grow in value, so does our appreciation of the miracle God gave to us in Yeshua. He enables us to dedicate our lives to God, untangled from sin, making the way for us to come into fellowship with our Holy God. Yeshua conquered death when He rose from the grave, and His victory became ours as He grants eternal life to all who believe in Him.

Chanukah - The Festival of Lights – is the perfect time to celebrate the Light of the World. And it is a most fitting time to rededicate our lives to Yeshua, who gives us abundant and eternal life.

Chanukah also offers us the opportunity to survey our lives and identify any idols that may have crept in. Perhaps it is time to say “Enough!” – like the Maccabees – to a way of thinking, a habit or an ungodly influence. Though our strength is small, God has already won the victory for us in Yeshua.

We light the Chanukah candles with gratitude to God for saving the Jewish people from destruction and for the miracle of ample oil that He provided to them. At Chanukah, we also thank God for Yeshua, who is our miracle, our provision, our light and our life.

Chanukah 2018 begins the night of December 2. The last night of Chanukah is December 9.

Follow our daily Chanukah devotionals here on the Jewish Voice blog. Each night as you light your Chanukah candles, you can follow along with traditional Jewish Chanukah blessings plus devotions and Scriptures tying the ancient Jewish holiday to your faith in Yeshua Messiah. 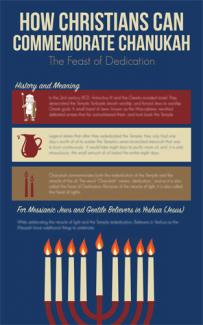