Chanukah, the Festival of Light 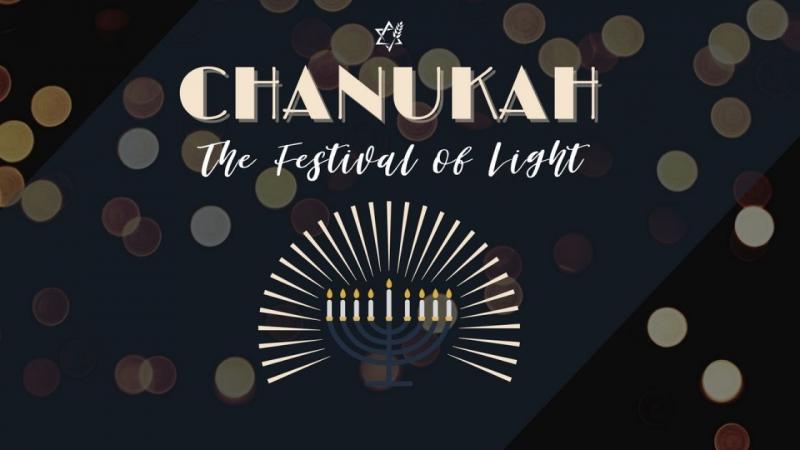 When you think of Chanukah, it’s almost certain that a Chanukah menorah comes to mind. This iconic candle holder is actually called a chanukiah and is different from a menorah. A menorah has seven branches, while a chanukiah has nine candle holders, including one set apart from the others.

While a Gentile may not know where their Christmas tree’s tradition came from, Jewish people and Messianic Jews know exactly why they light their Chanukah candles.

Chanukah and its candelabra are loaded with meaning – meaning that can bless Gentile Believers in Yeshua too. Chanukah is an eight-day commemoration of a victory, a miracle, light and rededication. The holiday is also called the Festival of Lights and the Feast of Dedication.

In the second century B.C.E., Antiochus IV ruled the Jewish people. He severely persecuted them, forcing idol worship through brutal violence and killing any who refused. He took over the Temple in Jerusalem and desecrated it by erecting a statue of the Greek god Zeus and sacrificing a pig on the altar.

A small band of Jewish revolutionaries, known as the Maccabees, had enough of the persecution and blasphemy of God’s Temple. They fought back.  By God’s miraculous provision, the vastly outnumbered fighters won and took back the Temple for the one true God.

The Temple’s defiled state so disturbed God’s people that they wanted to purify and rededicate it to the Lord as quickly as possible. They searched through the violated remains and only found enough consecrated oil to burn one night in the Temple menorah. It would take eight days to make and consecrate more. In faith, they lit the menorah, and God made that one night’s worth of oil last until the new oil was ready.

Chanukah’s eight candles symbolize these eight miraculous days. They represent another of the many times God intervened to deliver His people from destruction. They speak of light, hope and victory that are found in God alone, and they invite us to rededicate our lives to Him.

This is what Chanukah is about and what the iconic symbol of the chanukiah represents.

On the first night of Chanukah, we light one candle. On the second night, two, and so forth until the last night, all eight candles vibrantly burn. Tradition forbids using the Chanukah candles for anything other than commemorating the holiness of the Chanukah miracle, so we do not use them to light each other, nor do we light them with a match. Instead, we first light the ninth candle in the chanukiah and use it to light the other eight Chanukah candles. This candle is called the Shamash, which means “servant.” It is set apart from the eight Chanukah candles, typically by sitting higher.

Along with this nightly candle lighting, we celebrate Chanukah with gatherings of family and friends, enjoying festive meals together and eating fatty foods that symbolize the miracle of the oil. We give gifts each night, often of increasing value. We also play the dreidel game whose elements proclaim, “A great miracle happened there” – unless you’re in Israel, where the dreidel letters represent “A great miracle happened here.”

A Messianic Jewish Perspective on Chanukah

Messiah Yeshua (Jesus) observed Chanukah; in John 10:22, we see Him attending the Feast of Dedication. As we consider the Shamash candle, we remember that Scripture presents Messiah as the Suffering Servant (Isaiah 53) and the One who came to serve us by giving His life to ransom us from sin (Matthew 20:28). He is also the Light of the World, enabling those who walk in Him to no longer walk in spiritual darkness but in His light (John 8:12).

The iconic Chanukah candelabra spurs us to not only worship the Lord for the Chanukah miracles of victory and light which He accomplished for Israel so long ago but also to praise Him for the miracles of new and eternal life He has given us through Messiah. May we earnestly rededicate our lives to Him in this beautiful season.

Follow our daily Chanukah devotionals on the Jewish Voice Blog. Each night as you light your Chanukah candles, you can follow along with traditional Messianic Jewish Chanukah blessings plus devotions and Scriptures tying the ancient Jewish holiday to your faith in Jesus.