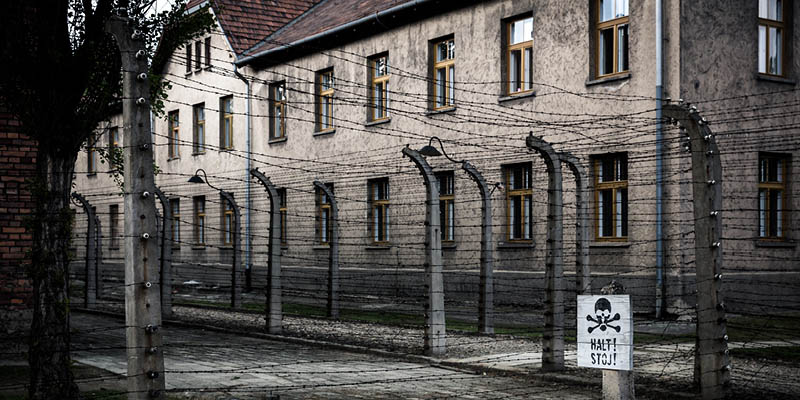 “She’s not my daughter; she’s an orphan. Will you take her?” Clara’s mother lied to the Catholic priest overseeing an orphanage. She also pretended she and the three-year-old girl weren’t Jewish. The priest, already looking after 12 Jewish children, had compassion and took Clara in. Her mother continued the pretense of being Catholic to work at the orphanage and be near her.

Sometime later, the Gestapo came looking for Jewish children. They killed the priest, and Clara ran into the restroom and locked the door. But the men had dogs who sniffed her out. They pounded on the door, shouting at the small girl behind it, “Get out! We know you are Jewish!” When they seized her, they pulled her by the hair to a car where she saw the other Jewish children.

When Clara’s mother learned the children were taken, she confessed to being Jewish so they would take her too. Only her persistence convinced them, and she joined her daughter at the Sered labor camp. What came next, however, was the most traumatic for little Clara.

At Sered, soldiers herded Clara and her mother into a railway car for cattle. They jammed so many people in ­that not a single person could sit down. Old, young, sick, they all stood – for a journey lasting four to five days. Clara recalls the unbearable smell. People died standing up. When the train arrived at Theresienstadt, the doors opened, and people, both alive and dead, fell out together.

Theresienstadt was a ghetto-labor camp and a way-station for Jewish people being deported to other camps and killing centers. It also served as a grand Nazi deception, a propaganda weapon. It was described as a lovely community where elderly Jewish people could retire safely. Due to outside pressure, the Germans allowed the Red Cross to visit a carefully staged Theresienstadt.

In preparation for the tour, Nazis reduced the camp’s population to a more comfortable size by stepping up deportations. They renovated barracks, planted gardens and then put on social and cultural events for the visiting officials. Afterward, life in the camp returned to its horrible normal. Food was scarce, and many children were among those who died of respiratory and other illnesses.

Clara remembers the gunshots she heard day and night at Theresienstadt. Executions, sickness and deportations thinned the camp population. Then new trainloads of Jewish people arrived, and the cycle repeated. Clara remembers another sound, too – SS troops laughing and enjoying themselves as they watched entertainment shows in the evenings.

How could such callous cruelty come to be?

Anti-Semitism, simply put, is racism or religious discrimination toward Jewish people, and it has been around for centuries. It has spurred forced religious conversions, expulsions from countries, violence, cruelty and murder. The same prejudice that escalated into the Holocaust still exists today. Each year, people unleash it on Jewish synagogues, cemeteries, businesses and people through vandalism and violent attacks. Anti-Semitism is a hatred that has gone on entirely too long.

January 27 is International Holocaust Remembrance Day. It’s a day to honor the six million Jewish people who died in the Holocaust and those who survived it. It’s a day to remember how far anti-Semitism can go and an opportunity to speak out against it.

Clara was in her eighties when she told her story to one of Jewish Voice’s partner ministries in Israel. She vividly remembered the fears she felt during the Holocaust: fear of the Gestapo, separation from her mom and being alone. Her capture led to a lifelong fear of dogs. And she still doesn’t like being alone – because that’s when fears threaten to overtake her.

Clara volunteers at Yad Vashem, Israel’s Holocaust memorial center. She also receives visits from a JVMI partner ministry and attends their weekly Bible study. She doesn’t know Jesus yet, but she enjoys the atmosphere there and likes learning the Bible.

This January 27, remember Clara and others who survived the Shoah, the Hebrew word meaning “the catastrophe,” and pray for them. So many of them continue to endure consequences of the trauma they experienced as children.

Many Holocaust survivors often must choose between groceries and medications or heat in the winter. 25 percent of the survivors in Israel live below the poverty line, suffering still. Jewish Voice’s Israel partners provide relief to elderly Holocaust survivors facing financial hardship, dental needs and loneliness. They show the love of Jesus to them and let them know that God has not forgotten them.