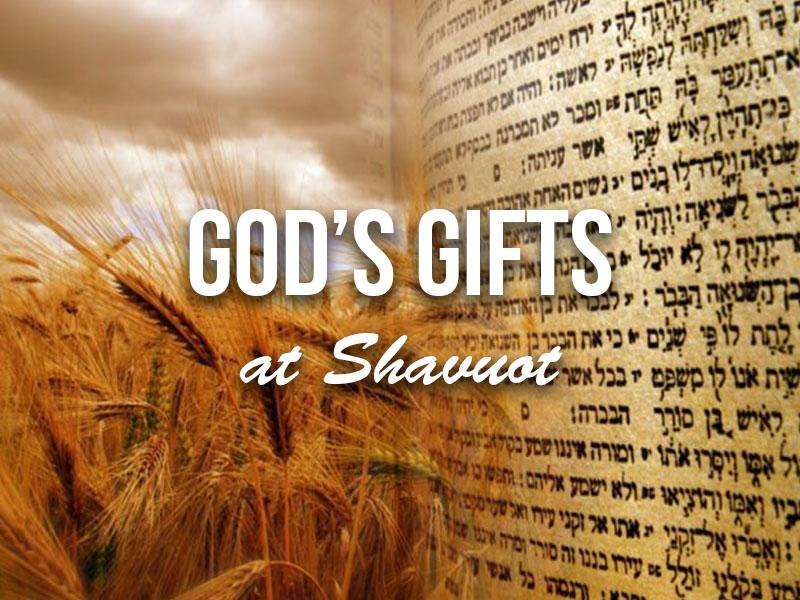 Shavuot (SHAH-voo-ote) is the last of the Spring Feasts. It was one of three pilgrimage Feasts of the Jewish year when all physically able Jewish men were to bring to Jerusalem the first of their harvest as an offering to the Lord. Along with the harvest offering, Shavuot observance also included a Sabbath in which no work was to be done, a holy gathering of the people and sacrifices.

It is also a time when Jewish people commemorate God giving the Torah (TORE-ah) to His people. The Torah consists of the first five books of the Bible in particular and God’s collective instructions to the Nation of Israel. When God gave them the Torah, He revealed Himself further to the Jewish people and called them into a closer relationship with Himself. His Word highlighted His holiness and provided instruction for righteous living. God’s Law further set apart the Jewish people as His chosen ones. Today, Shavuot commemorates both God’s provision of food and the gift of His Word.

The date of Shavuot is tied to Passover. God’s instructions for setting the date for this Feast were to count seven weeks from the Sabbath after Passover. The Hebrew word Shavuot alludes to this. It is translated as “weeks,” which gives the holy day another name: the Feast of Weeks. Shavuot has one other name – Pentecost – because it occurs on the 50th day, the Greek word for 50.

In Shavuot, as with all the Feasts, we see a picture of a future event within God’s plan of redemption. God gave the Torah at Shavuot to instruct His people. Centuries after God gave the Law on Mount Sinai, He promised there would come a day when He would write His law on the hearts of His people. At Pentecost, after Jesus’ resurrection and ascension to Heaven, God fulfilled that promise when He gave the Holy Spirit to indwell all who place their faith in Messiah Yeshua (Jesus).

“’This is the covenant I will make with the house of Israel after those days,’ it is a declaration of Adonai, ‘I will put My Torah within them. Yes, I will write it on their heart. I will be their God, and they will be My people.’”

“When the day of Shavuot had come, they were all together in one place. Suddenly there came from heaven a sound like a mighty rushing wind, and it filled the whole house where they were sitting. And tongues like fire spreading out appeared to them and settled on each one of them. They were all filled with the Ruach ha-Kodesh (ROO-akh Ha-koh-DESH) and began to speak in other tongues as the Ruach enabled them to speak out.”

At Shavuot after Yeshua’s resurrection, Jewish people from all over the region were in Jerusalem making their harvest offerings. Thousands heard the Good News preached in their own distinct languages as the Ruach (Holy Spirit) descended on the disciples and caused them to speak in tongues they had not previously known. God planned the gift of the Holy Spirit to coincide with the pilgrimage Feast of Shavuot. Thousands came to faith in Yeshua that day.

Today, Messianic Jews observe Shavuot with this insight. It is a time to offer our first fruits to the Lord, to recommit ourselves to His Word, and to celebrate the gift of His presence in each Believer through His Holy Spirit. It is a time to rejoice in fulfilled prophecy and to hold dear the rich Jewish roots of our faith in Yeshua.

May you have a blessed Shavuot as you celebrate the astounding gifts of the Torah, God’s Word and His presence through the Holy Spirit. 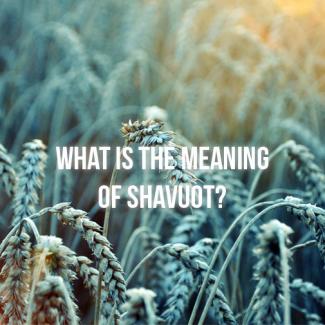 What is the Meaning of Shavuot?

Let's see how much you know about this Holiday and what it represents!

Elul: Preparing Your Heart for the Fall Feasts
Ben & Jerry’s boycott?
Israel restricts travel to fight Delta variant
From Ethiopia to Israel – a redemption story
Prayer Points: Praise the Lord and pray along with us!