The impact of Israel's historic election

Tuesday’s general election has given Benjamin Netanyahu the distinction of becoming Israel’s longest-serving prime minister, according to media reports on Wednesday.

Netanyahu is Israel’s ninth prime minister and leader of the Likud party. He is now set to serve his fifth term. He is the only prime minister in Israel's history to be elected four times in a row. He has served the last 10 consecutive years, and previously served three years in the 1990s. This surpasses the previous record of Israel’s founding father, David Ben-Gurion.

Netanyahu has presided over a decade of economic growth, thawing relations with Arab countries and extraordinary violence with bordering nations and Iran-backed terrorists. He has formed strong international relationships, including with U.S. President Donald Trump and Russia’s President Vladimir Putin.

His strongest competitor in Tuesday’s election was 59-year-old retired Gen. Benny Gantz, formerly the country’s highest-ranking military officer. Gantz co-leads the Blue and White party, so named to match the colors of the Israeli flag. The party was established in 2018 specifically to run against Netanyahu. 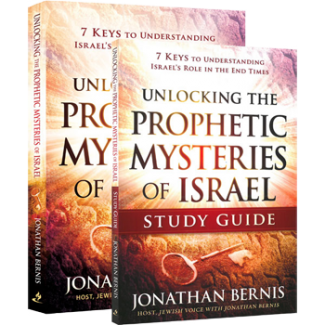 Get the Unlocking the Prophetic Mysteries of Israel Package

One tiny nation Israel. It’s not the richest or most powerful country in the world, but in God’s eyes, Israel is the most important nation on Earth.

It’s a Party
The only true democracy in the Middle East, Israel’s general elections differ from those in the U.S.

In Israel, 6.3 million registered voters choose the 120 lawmakers in the Knesset, Israel’s parliament. For this election, more than 40 parties campaigned to secure at least 3.25 percent of the total vote in order to earn a seat in the Knesset.

By Wednesday morning’s count, Netanyahu’s Likud party won 35 seats, as did the Blue and White party headed by Gantz.

Parties surpassing the required 3.25 percent threshold will now submit their prime minister recommendations to Israel’s President Reuven Rivlin. He will choose the candidate he thinks has the best chance of garnering the support of enough other parties to secure a 61-seat majority.

The Times of Israel reported early Wednesday, “With [Netanyahu’s] Likud at 35, and five right-wing and ultra-Orthodox parties managing to get some 30 seats together, Netanyahu could confidently work to form a government similar to his current right-wing coalition, with a solid 65 seats.”

In his victory speech, Netanyahu thanked the public for “putting their trust in me.” He said, “The right-wing bloc led by me will continue to lead Israel for the next four years and bring Israel to greater heights.”

What’s Ahead for Israel-Palestine Peace?
In an interview two days before the election with a conservative Hebrew language publication, Makor Rishon, he told editor Hagai Segal, “There will be no Palestinian state.”

He named three iron conditions for any peace plan:

Segal asked Netanyahu, “What will the Palestinians get from you?” Netanyahu responded, “They will run their own lives.”

The Palestinian Authority (PA) has said it will reject any peace plan the Trump administration proposes, which has been promised shortly after Tuesday’s general election. Analysts advise the PA against outright rejection.

In a pre-election opinion article in The Jerusalem Post, political analyst Rafael Castro wrote, “It is unlikely that the next American administration will be as pro-Israel. The Trump peace plan is the best peace agreement [the PA] will ever sign. Any off-hand Palestinian rejection of Trump’s peace plan will result in Israel immediately annexing the portion of the West Bank that Trump’s plan envisions. This is an effective measure to weaken the negotiation position of the Palestinian leadership in future rounds of negotiation.”

The Middle East faces other security issues that threaten Israel, primarily from Iran and its terrorist proxies that surround Israel. Netanyahu’s “zero tolerance” approach to dealing with these issues has earned him the moniker Mr. Security. He will most certainly continue down the same path with Iran, Hamas, Hezbollah and others who aspire to wipe Israel off the map.

Please pray with us for Israel as she seeks peace and security for her citizens. Please also pray for: