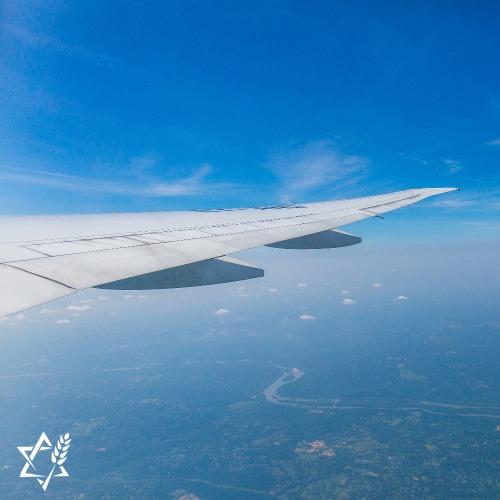 “The LORD gives strength to His people;
the LORD blesses His people with peace.”
Psalm 29:11 (NIV)

With so much tension and turmoil around the world, we must be more vigilant than ever to do battle through our prayers by asking God to intervene and accomplish His purposes.

And this isn’t just about the global enemies who are surrounding Israel — it’s also about our own lives. We must be a people of prayer. That in every circumstance we face, we’re quick to hand over our cares and concerns to God.

Nothing moves God’s heart like the prayers of His people – He will equip us with strength and peace. Remember that as you pray this week – through the challenges you’re facing and your prayer on behalf of God’s people. Please ask for God to open the eyes of His Chosen People to see the hope made available to them through Yeshua (Jesus), the Messiah.

NUCLEAR TALKS ON THE BRINK AMIDST WAR IN THE UKRAINE

The Washington Post reported last week that Russia’s invasion of Ukraine has cast a shadow over talks to revive the Iran nuclear deal. There are growing doubts around the negotiations in Vienna, which have already extended beyond their deadline, that a new agreement is even in sight.

Iran’s chief negotiator returned to Vienna last week with hardened demands, according to sources of The Washington Post, dampening hopes that an agreement could be wrapped up swiftly. European negotiators had warned that they were prepared to walk away. And the United States joined the warning as well.

Saeed Khatibzadeh, a spokesman for Iran’s Foreign Ministry, countered on Twitter with a warning that Iran could pull out, too.

“Iran is willing but will not wait forever. A deal is at hand if WH [White House] makes its mind.”

The threat may just be part of the inevitable last-minute brinkmanship that typically accompanies the final hours of negotiations, analysts say.

But the stakes – which have always been high – have been raised higher by the war in Ukraine, which has rocked the stability of Europe, sent oil prices soaring and raised the specter of nuclear conflict for the first time in over 30 years.

The outcome in Vienna could further destabilize the world, risking a new nuclear arms race in the Middle East and perhaps yet another war.

According to The Washington Post, Iran’s nuclear program has now reached the point where it is only weeks away from achieving breakout, which would mean it has enough enriched uranium to produce a nuclear bomb.

The Times of Israel reported that Israel called on Russia to cease its attack on Ukraine from the stage of the U.N. General Assembly last week, taking another step closer to the US-led Western position against Moscow after initial apprehension to take sides due to fears of alienating the Kremlin.

Israel’s Deputy Ambassador to the U.N., Noa Furman, called Russia’s invasion “a serious violation of the international order” in a speech during an emergency General Assembly session on Ukraine, echoing comments previously made by Foreign Minister Yair Lapid.

According to The Times of Israel, the Deputy Minister urged Moscow “to heed the calls of the international community to stop the attack and respect the territorial integrity and sovereignty of Ukraine.”

The Times of Israel tells that, since tensions between Russia and Ukraine began escalating, Israel has sought to avoid aligning too closely with either side. It’s one of the few countries that maintains relatively warm relations with both Ukraine – a fellow Western democracy — and Russia, which controls the airspace over Syria in which Israel operates to target Iranian proxies.

However, the Prime Minister has expressed solidarity with the Ukrainian people and approved multiple shipments of humanitarian aid.

Israel was not required to offer a statement during the emergency session. According to The Times of Israel, Jerusalem appears intent on clarifying that its hesitance in alienating Putin should not be interpreted as support for the invasion.

According to YnetNews, Israel’s Shin Bet security agency said that Israel and the United Arab Emirates agreed on a security arrangement that will allow Israeli airlines to resume a full schedule of flights to Dubai.

A dispute over airport security in Dubai had forced them to cut back services and without a resolution, all flights would have been halted this week.

According to YnetNews, nonstop flights from Tel Aviv to Dubai were among the fruits of a landmark 2020 deal establishing ties between Israel and the UAE. Hundreds of thousands of Israelis have visited the UAE and Gulf commercial hub since.

Israel's flag carrier El Al welcomed the resolution and said it would immediately return to operating up to three or four flights a day to Dubai.