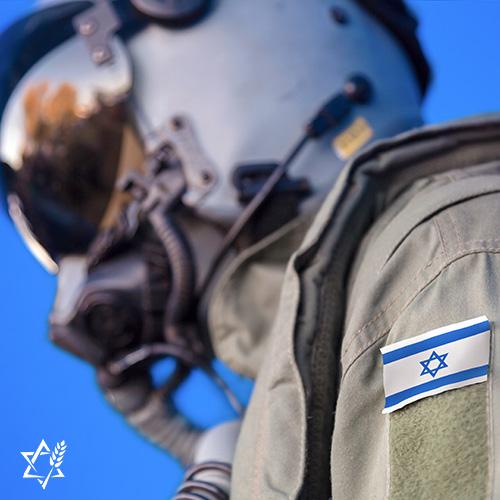 In this last week of 2022, I hope you can spend a moment to reflect and recall the goodness of God in your life — through overcoming challenges, enduring difficulties, and seeing His love ministering to you.

There’s no scarcity to God’s presence — and no lack in His affections for you.

As we prepare to start another year, I pray God would give you a fresh revelation of His love and goodness. That like the Psalmist, you could declare, “Give thanks to the LORD, for He is good; His love endures forever” (Psalm 107:1).

Thank you for standing with us. And for your love of God’s people. Please continue to pray for Jewish Voice and for the Jewish people in Israel and around the world.

The UK-based Observatory for Human Rights reported that three people were killed in the raid and that none were Syrian civilians. It also claimed that a weapons storage facility belonging to Hezbollah was destroyed.

The area hit is known for the presence of Hezbollah forces and other pro-Iranian militias. Syrian opposition groups said that the targets were linked to Iran.

Since the beginning of the year, Israel struck targets on Syrian soil no less than 30 times, including the November airstrike near the Syrian border with Iraq against a convoy of trucks.

At a White House event celebrating Chanukah, President Biden calls on Americans to join the fight against antisemitism in the United States – a week after launching a new effort to develop a national strategy to counter the anti-Semitic violence and activity that have increased nationwide (and globally) since 2021.

Benjamin Netanyahu’s announcement that he had succeeded in forming a coalition was followed with dismay from his opposition claiming the government is Israel’s most hardline ever. The Likud party leader’s allies welcomed the development as Netanyahu informed President Isaac Herzog that he had reached agreements with his coalition partners to form Israel’s 37th government, minutes before the expiration of his mandate.

Pray with Us This Week for: