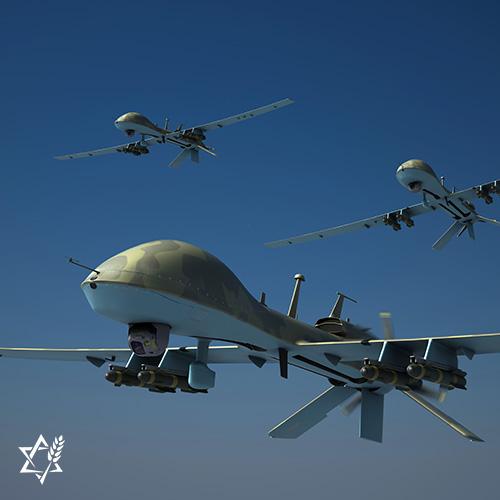 As I write to you today, my attention is turned towards the words of the Psalmist, who acknowledges the reality of God strengthening His people – and blessing them with peace:

“The LORD gives strength to His people; the LORD blesses His people with peace.”

So often, we face painful circumstances that feel almost impossible to endure or overcome without a supernatural measure of strength. But in the midst of it all, according to the Scriptures, God promises His blessing of peace.

I pray over you now that God would give you strength and peace, no matter what you’re facing today.

And as Israel and the Jewish people continue to face the threats and rising unrest in parts of the Holy Land – and the ongoing war in Ukraine – I also ask that you join with me and everyone at Jewish Voice as we pray for God’s strength over His people and for His blessing of peace.

The Jerusalem Post reports that Israel has been providing Ukraine with "basic intelligence" on the Iranian drones used by Russia in its invasion.

According to The Jerusalem Post, a senior Israeli official told the New York Times about the intelligence sharing and that a private Israeli firm was also giving satellite imagery of Russian troop positions to Ukraine.

In addition to the unconfirmed intelligence aid, Israel has been providing Ukraine with non-combat aid.

Israel has been reluctant to provide Ukraine with combat arms due to its concerns over how Russia could respond in Syria.

Jerusalem has been conducting an air campaign against Iranian military resources in Syria, and Russia has been conducting joint air patrols with Syrian forces. Analysts have expressed concerns about Russia's hardening of Syrian skies against Israeli incursions because of implicit support for Ukraine.[1]

Israel’s Public Security Minister, Omer Barlev, ordered an immediate call-up of four police reserve companies late last week amid rising unrest in East Jerusalem. This followed a number of clashes in Palestinian neighborhoods throughout the city that occurred the previous night, where protesters hurled rocks and Molotov cocktails, launched fireworks and set tires and garbage dumpsters on fire in several neighborhoods – sparking some of the heaviest fighting seen there in over a year.

Gunmen fired shots at a hotel in the West Bank city of Bethlehem for displaying Jewish symbols in one of its meeting halls. Palestinian social media users claimed that the Bethlehem Hotel was preparing to host a group of Jewish people for the Sukkot holiday, exhibiting the Jewish Star of David and a menorah, a symbol of the Jewish people and Judaism. They further accused the hotel and the West Bank’s governing Palestinian Authority (PA) of “promoting normalization” with Israel. No one was injured in the shooting.