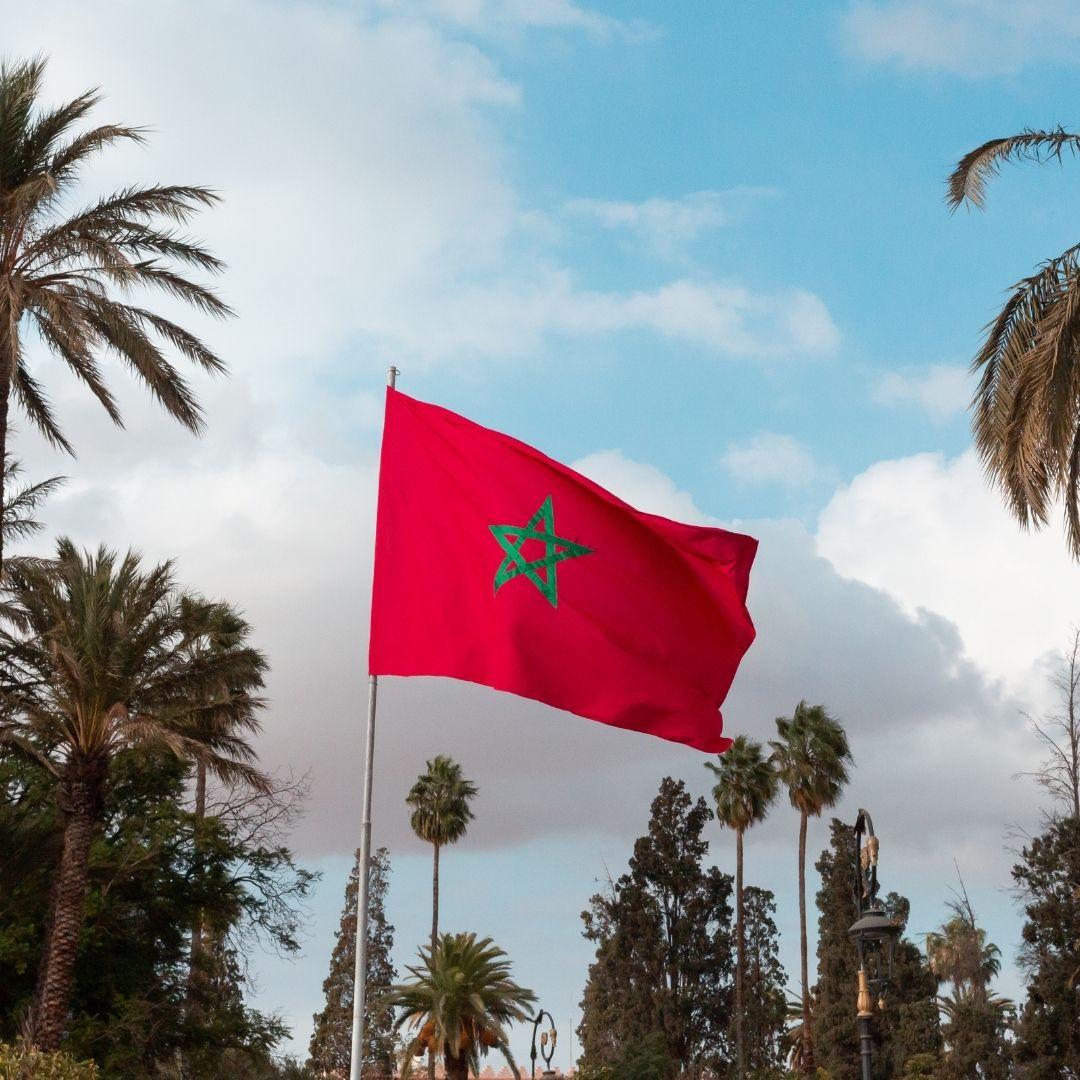 The latest country to normalize ties with Israel is...

“The people walking in darkness will see a great light.
Upon those dwelling in the land of the shadow of death,
light will shine.”

As Chanukah comes to a close, I pray you have had moments to celebrate the miracle of light that is our promised Messiah.

It’s so good to focus on God and His blessings in our lives.

Whether you celebrate Chanukah or Christmas, I hope this special season sets your heart and mind on our Messiah and all He has done for us. No matter what is happening in our world, we have reason to hope – the light of Jesus shines on us and in us.

In the news, as concerns about Iran increase in the Middle East, more nations are showing interest in normalizing ties with Israel. Morocco is the latest, announced on the first day of Chanukah. There is talk that Oman could be next. There are even rumors of Indonesia considering normalizing ties.

And the Palestinians are showing signs of being ready to return to negotiations with Israel, after pressure from Egypt. I’ll have more to share about this development in the coming weeks.

Concerning the coronavirus, the Pfizer vaccine is already on the ground in Israel and the first people to receive it could do so as early as this weekend.

Read more about these news stories right here. As always, we treasure your support of Israel and prayers for her people.

On the first day of Chanukah, U.S. President Donald Trump announced that Israel and Morocco have agreed to reestablish relations. This marks the fourth Arab-Israel agreement in four months.

Morocco referred to it as a “resumption of relations.” The country’s Foreign Minister, Nasser Bourita, said relations with Israel are unique in the Arab world and bilateral ties were “already normal” before the deal was announced.

“This will be a very warm peace. On this Chanukah, the light of peace has never shone brighter than today in the Middle East,” Netanyahu said at a Chanukah candle-lighting ceremony at the Western Wall. He said the relationship of the peoples of both countries “has long been characterized by sympathy, respect, fondness and love,” and praised King Mohammed’s “historic decision” to make peace, reported The Times of Israel.

King Mohammed said Morocco would make three moves to advance relations, according to a statement. First is facilitating direct flights between the two countries. Second, Morocco will seek to “resume official bilateral ties and diplomatic relations [with Israel] as soon as possible.” Third, the North African nation will also seek “to develop innovative relationships in the economic and technological fields.”

Low-level diplomatic relations were established between the two countries in the 1990s following Israel’s interim peace accords with the Palestinians. But after the outbreak of the second Palestinian uprising in 2000, the ties were suspended. Informal ties continued and an estimated 50,000 Israelis travel to Morocco each year on trips.

As part of the normalization announcement, Trump said that the U.S. will recognize Morocco’s claim over the disputed Western Sahara region.

Soon, Jewish history and culture will be part of the school curriculum in Morocco.

Serge Berdugo, secretary-general of the Council of Jewish Communities of Morocco said the decision “has the impact of a tsunami.” It “is a first in the Arab world,” he told Agence France-Presse, an international news agency.

Jewish Moroccans numbered about 250,000 at the end of the 1940s – about 10 percent of the population. After the state of Israel was established in 1948, the vast majority left. Morocco’s Jewish community now numbers about 3,000, which is still the largest in North Africa, according to The Times of Israel.

Last week, Palestinian Authority President Mahmoud Abbas said the Palestinians are ready to return to negotiations with Israel, The Jerusalem Post reported. Abbas told Arancha Gonzales, the Spanish Foreign Minister, that the negotiations should be based on “international legitimacy resolutions,” referring to United Nations resolutions concerning the Israeli-Arab conflict.

This statement from Abbas came at the same time as reports that Egypt has been pressuring Palestinian leadership to renew peace talks with Israel. An Egyptian envoy visiting the West Bank told Palestinian officials that Egypt’s President Abdel Fattah al-Sisi wants to see the Palestinians and Israel return to the negotiating table soon.

Gonzales spoke of Spain’s support for achieving peace on the principle of the two-state solution and international law and noted that “Spain will continue to support the Palestinian people to build the institutions of the Palestinian state,” according to the Palestinian Authority’s official news agency.

The start of Israel’s vaccination drive could be moved up from its target date of December 27 to begin on December 20, according to Hebrew media reports.

“The end of the pandemic is in sight. Until then I ask [everyone] to observe the rules,” Prime Minister Benjamin Netanyahu said.

“What I can tell you today is that we are on the way to bringing forward the vaccinations,” added Netanyahu. He said he would like to be the first in the country to be immunized to encourage Israelis to get the vaccine.

The vaccine has yet to be approved in Israel, but the director of the Health Ministry has indicated it could be green-lighted in the coming days, reported The Times of Israel.

The Maccabi health maintenance organization can begin by administering 25,000 vaccines a day, according to Israel’s Channel 12. Netanyahu set a target of 60,000 vaccines a day once the drive begins. That means two million Israelis could be vaccinated by the end of January.

Coronavirus czar Nachman Ash said he hopes Israelis will be able to celebrate Passover in an almost restriction-free manner this year.

“I assume that in March-April we’ll already return to significant activity. My hope is that we can celebrate Passover in an almost free manner,” Ash told YNet News.

He emphasized this would depend on the vaccination take-up rate by Passover, which will begin the evening of March 28.

“This is my opportunity to call on people to get vaccinated and thus we’ll create herd immunity in the Israeli public and we can return to full activity,” Ash said.

Israel passes grim milestone of 3,000 deaths due to the coronavirus

On Monday morning, Israel hit 3,003 deaths due to COVID-19 since the beginning of the pandemic, The Times of Israel reported. In addition, the number of positive cases is on the rise and the number of active cases has been steadily rising the past few weeks.

The number of medical workers in quarantine doubled from around 1,000 a week ago to 2,046 on Monday.

Israel is likely to face new restrictions by the end of the month if these trends continue.

“Green passport” to be issued to those who are vaccinated

On Sunday, top Israeli officials told media outlets that the Health Ministry is planning to give “green passports” to those who are vaccinated against the coronavirus. They will be issued two weeks after a person gets the second of the two shots required for the vaccine.

This green passport would grant a waiver of restrictions applied to slow down the spread of the virus. Passport holders will be granted access to cultural events and be able to eat at restaurants. They also will not have to quarantine after exposure to a diagnosed virus-carrier.

In addition, the green passport would allow travelers to fly abroad without having to first get a virus test, as is the current requirement, Health Minister Yuli Edelstein told Israel’s Channel 13.