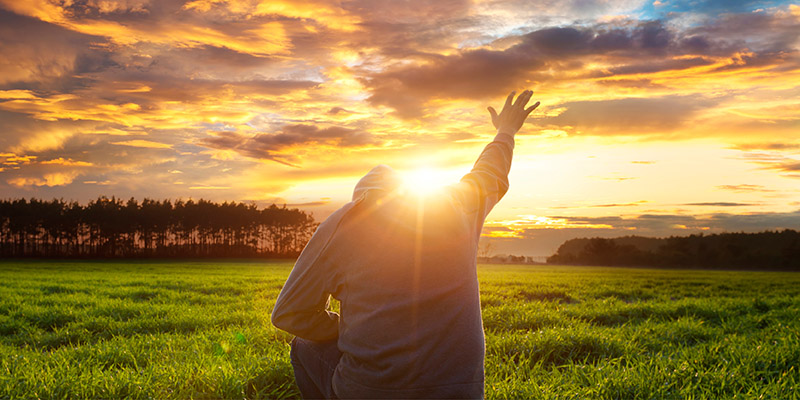 The word glorify has several related meanings. One indicates that when we glorify God, we worship or praise Him. Another meaning is to reveal God as glorious. Yet another definition of glorifying is to light up or shine.

When the Lord called His people out of Egypt to be His own, He called us out of slavery to a new, free life. He also called us out to glorify Him.

In the wilderness, God instructed the Israelites to build the tabernacle where His glory would reside. He chose to make His home with His people, so we would know Him and know that He is our God. It required gold and silver and fine linens, outstanding and beautiful things that would reflect the glorious nature of God. When His glory filled the Tent of Meeting, all Israel stood and worshipped Him.

Centuries before the Exodus, God told Abraham, the father of the Jewish nation, that he would make his descendants a blessing to the whole world. All were created to give God glory and praise Him – but Scripture tells us particularly the Jewish people. In the book of Isaiah, He says that He formed Israel to proclaim His praise. Psalm 29 instructs us to bow down to His beauty and ascribe to Him the glory He is due.

New Testament writers all exhort Believers to glorify God alongside of Israel. We’re called to glorify Him with our bodies and with our lives so that others can see God through us. Paul made a profoundly motivating statement about how people responded to his life and testimony when he revealed to the Galatians, “And they praised God because of me.”

Passover reminds us that God has called us out not only to worship Him but to be a light to the whole world. And isn’t that the kind of life we want as Believers? One that gives Him His proper praise and reveals His goodness and majesty? One that points the people around us to Him?

“In the same way, let your light shine before men so they may see your good works and glorify your Father in heaven.” (Matthew 5:16)