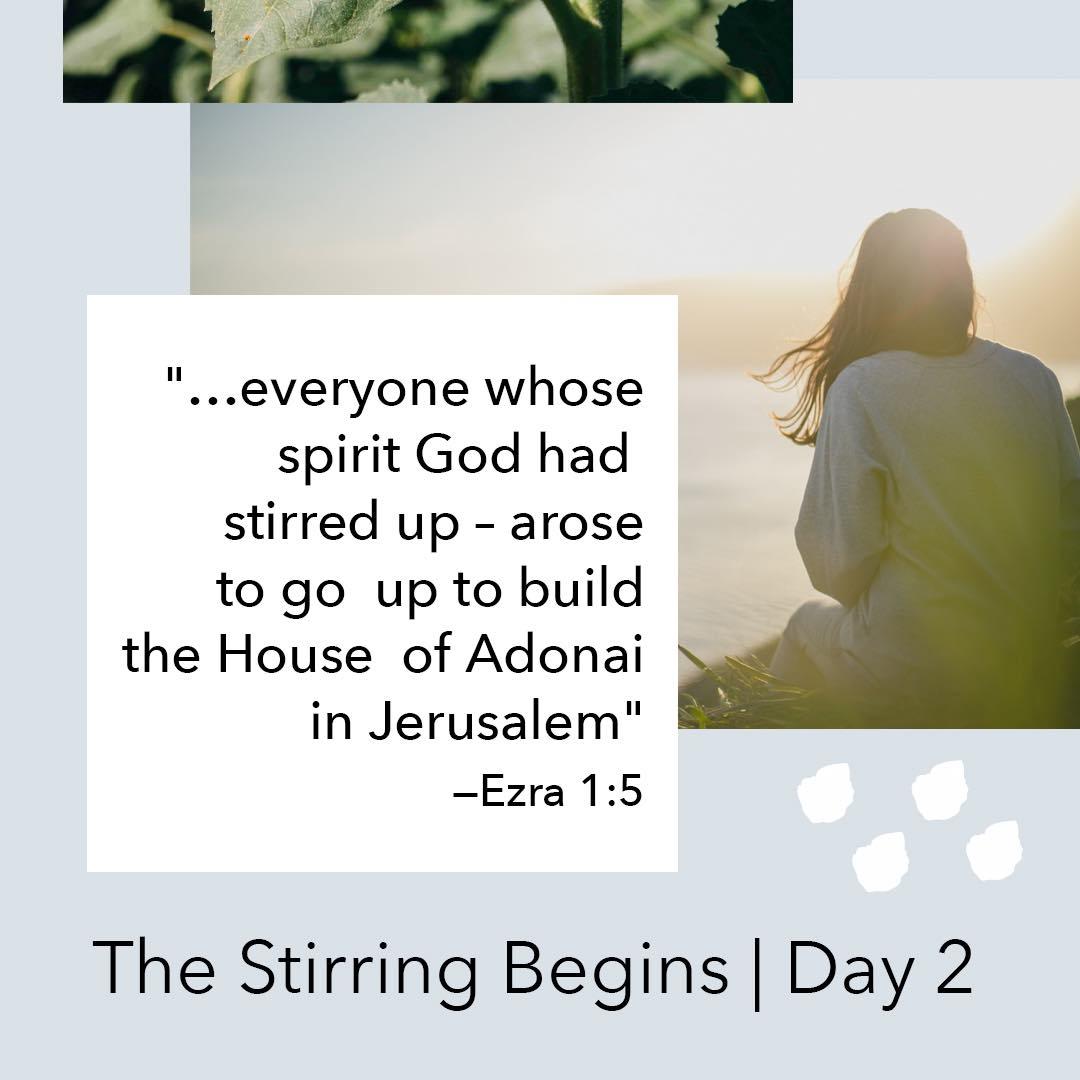 Ancient Israel had a hope: to return to the Land God had promised to give her. Yet, she had been in exile in Babylon for so long that I’m sure the hope of many began to wane, if not completely disappear. Those who were old enough to have witnessed it told the story to their children and grandchildren. Family members and friends died in the siege, homes were taken, all of our livelihood was destroyed, we were led away in shame and humiliation, a defeated people, into the land of our captors, and our beloved city Jerusalem still lies in ruins. Yet, here they were – in Babylon. They could not just get up and leave. They were being held captive by a force more powerful than they. Even so, by seeking the peace of Babylon as instructed (Jeremiah 29:7), many had grown accustomed to the new lives they now lived and had forgotten “home.”

Many, but not all. An exiled Jewish man in Babylon searches the books of the controversial prophet Jeremiah and uncovers a prediction: “the number of the years for the fulfilling of the desolation of Jerusalem would be 70 years” (Jeremiah 25:11-14; 29:10,11).

After a few quick mental calculations, realizing that the time is near, he drops to his knees and begins to cry out to the God of his fathers, fasting and sitting in sackcloth and ashes, asking forgiveness for him and his people who have rebelled and turned away from the Fountain of Living Waters. He acknowledges God's justice and that their punishment is deserved. After confessing Israel's sins and unfaithfulness to the Lord, he then begins to proclaim God's faithfulness despite them, and asks God to hear, forgive, listen and act for His own sake, because of His great compassions and for His city and His own people who are called by His name. He's interrupted mid-sentence as a presence enters His room. A messenger of God, Gabriel, announces that since the moment he began to pray, his prayer was heard (See Daniel 9:1-23).

What follows this prayer? Let's go back to Ezra-Nehemiah where the fulfillment of Jeremiah's prophecy begins to unfold. God’s Spirit stirs the hearts of pagan kings to send His people back to Jerusalem with blessing and abundance (Ezra 1:1). Temple treasures are restored, and men are selected to lead the exiles who desire to go home. Enter Sheshbazzar, Zerubabbel and Jeshua, then Ezra, and later Nehemiah. At the precise time the Lord placed on His calendar, the exiles return in three stages, and three milestones occur: the second Temple is built and dedicated, the people recommit to following the Torah and enter into a covenant with the Lord, and Jerusalem’s city walls are repaired.

Can you imagine the initial scene? What would it be like to receive word from your country’s highest ruler: I’ve just heard from the God of Israel and I want you to return to your homeland and worship freely. Here’s money to do that. Oh and here’s the plane tickets. What else do you need? It’s yours. Go in peace. Your God is the One true God.  Talk about hope fulfilled! No more sheltering in place! Take the journey, cross the borders and enter freely without fear.

Israel’s hope was finally being fulfilled and becoming reality! "The Return" had finally begun.

But what were the exiles returning to? Could they see beyond the tremendous work that lay before them to the hope of better things than they had in Babylon?

After all, life in Babylon had become the new normal. After 50+ years, the 2nd and 3rd generation of Jews born in Babylon could not even imagine what times were like before this. They couldn't relate to the full pain of the exile and captivity as their grandparents and great grandparents could. Jerusalem was not a distant memory for them; it was simply a memory that didn't exist. They had never been "home," nor did they necessarily long for it.

But for many of the aged and elderly who waited for the promises of God through His prophets to be fulfilled, the announcement of "the Return" to Jerusalem ignited their hopeful hearts while likely causing concern about how the tired tents of their physical bodies could accomplish such a task. Yet perhaps… just maybe… God would stir the hearts of the younger generation of Babylonian Jews to return home just as He stirred the heart of the pagan King Cyrus to send them home. Thankfully, the Lord God did just that. "…everyone whose spirit God had stirred up – arose to go up to build the House of Adonai in Jerusalem" (Ezra 1:5).

As Isaiah, Jeremiah, Ezekiel and then Daniel all foretold, even after a time of hopelessness and seeming abandonment into the hands of their enemies, the God of their fathers would not abandon the Jewish people, but would make good on His promises.  He would restore them to the Land according to His promise to Abraham (Genesis 17:8, 21:12; Jeremiah 29:10,11)!  God's Presence would fill a new Temple! (Ezekiel 40-48)  God's Kingdom would rule over all the Nations (Isaiah 2; Zech 8)!  And as if that wasn't enough (dayenu!), He would send His Messiah, even giving them clues as to Who He would be, the exact timing of His coming and His Return! (Isaiah 11 and 53; Daniel 9:23-27)

This was a season of expectation, and hopes were high! There had to be a stirring up of these words in their hearts. Perhaps this is the time! Or was this simply one line in the song God that was singing over His people? Were the prophets speaking of another time as well, of a new Jerusalem, when our Messiah returns and establishes His Kingdom over all the nations of the earth?

Let's return with them to find out…