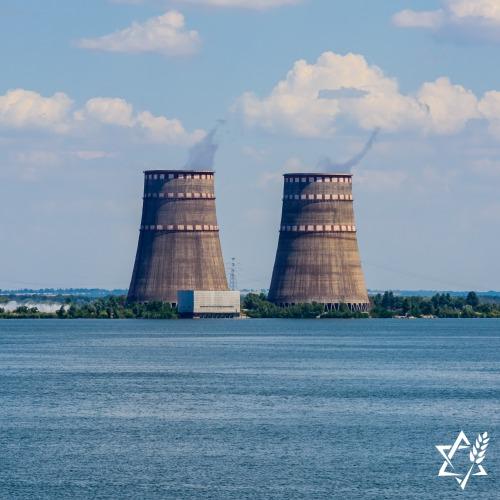 Ukraine: Potential Nuclear Accident Is Cause for Grave Concern

Peace is heavy on my heart. The peace of Jerusalem – after a barrage of recent rocket fire and violence. Peace for those who are still affected by the ongoing war in Ukraine. And peace for the Jewish people around the world…that can only come from the Gospel of Yeshua (Jesus).

I pray that you have peace in your own heart and mind as we continue to navigate global conflict and uncertainty.

While the Scriptures tell us to pray for the “peace of Jerusalem” in any and every season – my heart is moved for us to be more vigilant in prayer than ever before.

Because we know that God has the power to change hearts, lives and circumstances.

I pray you’ve experienced God’s supernatural presence in your own life. And I hope you’ll hold up your experience as a point of confidence and faith as, together, we ask God to bring His peace to Jerusalem, to Israel, to the Jewish people and the world.

Ukraine Nuclear Plant Is Out of Control

U.N. officials warned late last week that Europe’s largest nuclear power plant in Ukraine, located in the southeastern city of Enerhodar, “is completely out of control.”

According to the Israel Hayom, they’ve issued several urgent pleas to Russia and Ukraine to quickly allow experts to visit the sprawling complex to stabilize the situation and avoid a nuclear accident.

Rafael Grossi, Director General of the International Atomic Energy Agency (IAEA), told reporters that the situation is getting more perilous every day at the Zaporizhzhia plant, which Russian troops seized in early March soon after their February 24 invasion of Ukraine.

“Every principle of nuclear safety has been violated” at the plant, he said. “What is at stake is extremely serious and extremely grave and dangerous.”

The Russian capture of Zaporizhzhia renewed fears that the largest of Ukraine's 15 nuclear reactors could be damaged, setting off another emergency like the 1986 Chernobyl accident, the world’s worst nuclear disaster, which happened about 65 miles north of the capital Kiev.

Grossi appealed to the IAEA to go to Zaporizhzhia to ascertain the facts of what is happening there, to carry out repairs and inspections and “to prevent a nuclear accident from happening.” But they’re unable to do so until an agreement can be made between Russia and Ukraine.

Over 350 Rockets Fired Toward Israel

Sirens blared last Saturday evening in Tel Aviv as Operation Breaking Dawn continued against Palestinian Islamic Jihad in the Gaza Strip. More than 350 rockets were launched by the terror group toward Israel on the first full day of fighting between the two groups.

Negotiations over a return to the Iran nuclear deal resumed last week in Vienna. However, the participants expressed little optimism that agreement could be reached in what appears to be a last-ditch effort to finalize a new accord. U.S. intelligence now estimates it could have enough fissile material for a nuclear weapon within weeks, compared to a year ago when the agreement was in force.