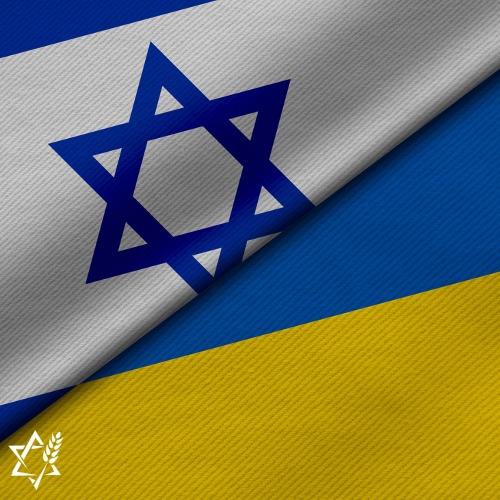 “Pray for the peace of Jerusalem.

May those who love you be secure.”

With our world rife with animosity and anger as the war in Ukraine continues – the outcome unknown at best – peace can seem so far away. And even unreachable.

That’s why God commands us in the Scriptures to pray.

And as you pray, please continue to pray for Jewish Voice and the work we’re doing together for the Jewish people and their neighbors in Ukraine, Israel and around the world.

A Palestinian terrorist opened fire on passersby east of Tel Aviv in the city of Bnei Brak just before 8 PM Tuesday night, killing five people, The Times of Israel Reports.

The gunman, later identified as Diaa Hamarsheh, 26, was shot dead by police officer, Amir Khoury, 32, who later died of his wounds. Among Hamarsheh’s other victims was a local Jewish Rabbi, Avishai Yehezkel, 29.

Responding to the attack, the third deadly terror incident in a week, Israeli Minister Naftali Bennet said late Tuesday night, “Israel is facing a wave of murderous Arab tension. The security forces are at work. We will fight terrorism with persistence, diligence, and an iron fist.”

According to a released statement from the Egyptian presidency, the three leaders discussed energy market stability, food security and other international issues.

And while the statement didn’t mention the talks and negotiations with Iran, Haaretz indicates that the timing of the summit is intended to present a united front against the West's steps to secure a nuclear deal with Iran and to express dissatisfaction over the U.S.'s decision to drop Iran's Revolutionary Guards from its list of terror organizations.

Haaretz also reports that the summit was part of an effort to forge a coalition, with American backing, among countries that in the past were considered adversaries of Israel – including Egypt, the Gulf states and Turkey.

Israel is interested in convincing the UAE and Saudi Arabia to boost their oil production to reduce the world's dependence on oil from Russia, according to Haaretz. The two Arab countries recently made it clear that they are unwilling to increase production, although Israeli officials said that such a step would be important.

According to The Times of Israel, United Nations Special Rapporteur Michael Lynk accused Israel of apartheid in a report submitted last week to the Human Rights Council in Geneva.

“With the eyes of the international community wide open, Israel has imposed upon Palestine an apartheid reality in a post-apartheid world,” wrote Lynk.

According to The Times of Israel, the report, Lynk’s final in his six-year term, does not mention terrorist groups like Hamas or Islamic Jihad. And further, it says Israel “must cooperate in good faith with the Palestinian leadership to completely end the occupation and realize a genuine two-state solution.”

Israel and Jewish organizations, according to The Times of Israel, blasted Lynk as hostile to Israel and the report as baseless.

“This report recycles baseless and outrageous libels previously published by NGOs that share the same goal as the author of this report: to delegitimize and criminalize the State of Israel for what it is: the nation-state of the Jewish People, with equal rights for all its citizens, irrespective of religion, race or sex,” said Meirav Eilon Shahar, Israel’s envoy to the United Nations in Geneva.

According to The Times of Israel, Shahar is referring to the Amnesty International report that was released in February – accusing Israel of apartheid.

Israel called that report “false, biased and antisemitic,” and accused the organization of endangering the safety of Jews around the world.

OVER 6,000 UKRAINIANS HAVE IMMIGRATED TO ISRAEL SINCE THE BEGINNING OF THE RUSSIAN INVASION

The Times of Israel reports that hundreds of new immigrants from Ukraine are landing in Israel each day. And thousands more are expected to arrive in the coming weeks. With the influx, that doubles the totals from 2021, and the Israeli government is scrambling to find housing for them.

According to Israel’s Immigration and Absorption Ministry, since the Russian offensive began on February 24, 8,238 people from Ukraine, Russia and Belarus have arrived in Israel and more than 75% of them are coming from Ukraine.

“We are getting close to 10,000 new immigrants. Right now, it’s mostly young mothers, small children and men over the age of 60, including 120 Holocaust survivors. They are coming with nothing, just the clothes on their back and a small bag,” Immigration and Absorption Minister Pnina Tamano-Shata said in an interview last week.

The Times of Israel also reports that of the more than 8,000 new immigrants who have arrived in the past month, more than a quarter – 2,342 – have opted to spend their first few weeks in the country in hotel rooms rented by the government. The rest have arranged their own housing, many with relatives who already live in Israel.

In the coming weeks, however, as more and more people arrive and require places to sleep, the government will have to find alternative housing for the new immigrants.

Let Us Pray Together