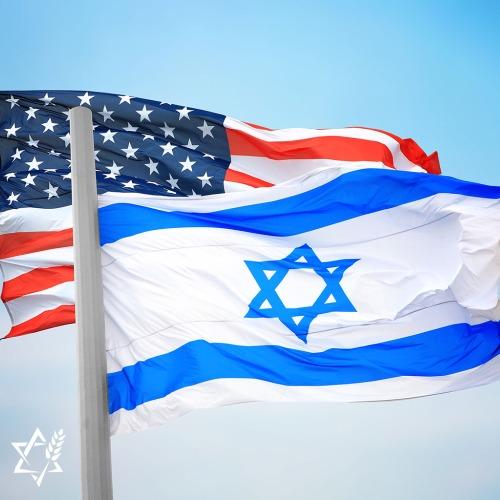 U.S. calls on Israel for more sanctions on Russia

“Pray for the peace of Jerusalem.”

Peace is heavy on my heart. The peace of Jerusalem. Peace for the Jewish people around the world – especially those caught in the middle of the current war in Ukraine.

And I pray that you have peace in your own heart and mind as we continue to navigate global conflict and uncertainty.

While the Scriptures tell us to pray for the “peace of Jerusalem” in any and every season – my heart is moved for us to be more vigilant in prayer than ever before.

Because we know that God has the power to change hearts, lives and circumstances.

I’m sure you’ve experienced God’s supernatural presence in your own life. And I hope you’ll hold up your experience as a point of confidence and faith as, together, we ask God to bring His peace to Jerusalem, to Israel, to the Jewish people and the world.

U.S. CALLS ON ISRAEL TO IMPOSE SANCTIONS ON RUSSIA TO HELP BRING AN END ITS WAR AGAINST UKRAINE

The Jerusalem Post reported late last week that the United States wants Israel and its allies to enact strong sanctions on Russia to help force an end to its war against Ukraine.

When pressed for a reaction should Israel fail to apply sanctions, a senior U.S. Embassy Official replied to reporters in Tel Aviv, “I’m telling you what we would like to see. The strength of our sanctions package depends on broad participation. Our economic measures are strong because we are united with all our allies and partners who joined us.”

According to The Jerusalem Post, Israel has condemned Russia’s action and sent humanitarian aid to Ukraine but has not formally leveled sanctions.

Individual Israeli companies, however, have halted their operations in Russia.

Israel has attempted to walk a thin diplomatic line over the war, taking a strong stand in support of Ukraine and maintaining strong ties with the U.S. At the same time, however, it has been careful in its condemnations not to take actions that would cut off ties with Moscow, such as sanctions.

Prime Minister Naftali Bennett has used Israel’s strong ties with both Moscow and Ukraine to mediate between them.

According to The Jerusalem Post, the Prime Minister met with Russian President Vladimir Putin in Moscow last weekend and has engaged in telephone diplomacy with Putin and Ukrainian President Volodymyr Zelensky.

According to The Times of Israel, Israel’s former Prime Minister, Benjamin Netanyahu, has tested positive for COVID-19.

The announcement was issued by a spokesperson for Netanyahu late last week – along with the assurance that the former Prime Minister is feeling well and following Health Ministry guidelines.

Prior to testing positive, Netanyahu attended a Likud faction meeting at the Knesset, meaning that everyone who came in close contact with him will need to get tested and remain in isolation until they receive a negative test result if they’re not vaccinated or haven’t recovered from the disease.

According to The Times of Israel, Netanyahu’s positive test is also likely to delay his ongoing corruption trial, following several delays over the past few weeks.

Court proceedings were delayed two weeks ago after Judge Moshe Bar-Am, one of three judges overseeing the trial, tested positive for COVID-19.

The Times of Israel reports that Israel began rolling back nearly all of its COVID-19 health regulations as a recent wave of infections receded, leaving in place just a handful to prevent a reversal of the positive development.

The Jerusalem Post reported that last week Israel’s President, Isaac Herzog, became the first Israeli leader to visit Turkey in over a decade marking a thaw in relations between the countries.

The result of President Herzog’s visit to Ankara, according to The Jerusalem Post, is that the sides agreed to establish a mechanism by which to work out disagreements, rather than the repeated withdrawals of ambassadors as Turkish President Erdogan did when he opposed Israeli actions towards the Palestinians.

According to The Jerusalem Post, President Herzog said he hopes the relations between Israel and Turkey will be characterized “by mutual respect allowing us to deal with the regional and global challenges we share.”

“Israel and Turkey can and must cooperate in many areas that dramatically influence the region that we all call home,” President Herzog stated. “We will try to promote a dialogue with actions and mutual respect. We agree that we won’t agree on everything. But we will resolve the disputes with mutual respect and honesty . . . We will look together toward a shared future.”

The Jerusalem Post reports that among the areas in which Turkey and Israel hope to expand ties are in tourism, economics, energy, security and fighting climate change.

The official state visit came at President Erdogan’s invitation and was the first by an Israeli leader since 2008 and a President since 2007.