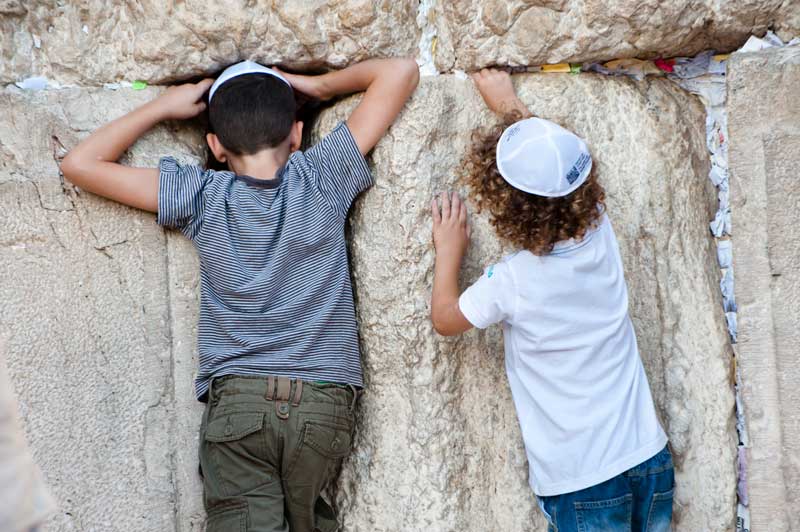 Imagine if the U.S. had experienced multiple traumatic events over the centuries since its colonization, all occurring on September 11. That’s what the 9th of Av – or Tisha B’Av (TISH-ah Beh-Ahv) in Hebrew – is like for Israel and the Jewish people.

It’s easy to see why Tisha B’Av is a Jewish day of mourning. Over the millennia, the number of tragedies that have befallen Israel on this precise date is astonishing. Most notably, both the First and Second Temples were destroyed on this date more than 600 years apart.

According to Jewish tradition, the first adversity to occur on the 9th of Av was in the wilderness just outside the Promised Land. The 10 spies returned to the Hebrew camp on the 8th of Av and reported that the land was plentiful. But eight of them persuaded the camp that it was unconquerable, despite God’s declaration that He would give it to them.

That night, after the calendar had turned to the 9th day of Av, the people cried out that they would rather go back to Egypt than face certain slaughter by the Canaanites in the Promised Land. As a result, that entire generation was not allowed to enter the Land. They wandered in the wilderness until the last of them died before God permitted their children into the Land He had pledged to them. 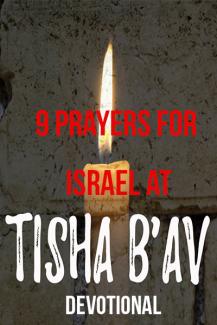 Over the millennia, some of the other catastrophes that have struck the Jewish people on that date are:

Every year, the 9th of Av falls in July or August on the Gregorian calendar. In 2017, Tisha B’Av begins at sundown on Monday July 31st. For three weeks preceding the 9th of Av, Jewish people mourn. Weddings and parties are not permitted, and people do not have their hair cut during this period.

On Tisha B’Av itself, Jewish people abstain from eating meat or drinking wine. They also refrain from wearing new clothing. Synagogue attendees hear the book of Lamentations read and recite prayers of mourning. The cabinet housing the Torah scroll is draped in black.

Romans 12:15 tells us to rejoice with those who rejoice and weep with those who weep. As Tisha B’Av approaches, we join in the sadness of this date, and pray for God to use Israel’s history to continually call them to Himself. We lift up the Jewish people in prayer on this date of historical tragedy.