What’s happening with the West Bank?

“Likewise know that wisdom is sweet to your soul. If you find it, there will be a future, and your hope will not be cut off”

I am focusing us on wisdom because with all that is going on in our world today, wisdom is something we can all use more of, don’t you agree?

Look at the verse above from Proverbs – wisdom is linked to having a future and hope that will last. Certainly something we all desire. And if we pray for wisdom earnestly, God will grant it.

When you read the news stories I’ve included here, I hope you will consider the importance of wisdom for all leaders and especially those in Israel and the Middle East. Pray with me that each one will seek wisdom in their lives and their decision making in the days ahead.

Israeli Prime Minister Benjamin Netanyahu has made it clear that he wants to move forward with West Bank annexation plans as early as July 1. These plans would affirm Israel’s sovereignty over 30 percent of the West Bank, including all settlements and the Jordan Valley.

I say “affirm” because while the U.N. ignores it, historically and legally Israel already maintains sovereignty over all the land between the Jordan River and the Mediterranean Sea. This was first recognized in the 1921 League of Nations’ Mandate for Palestine; adopted under Article 80 of the U.N. Charter; and no agreement since has altered it.

Still, it seems unlikely the U.S. administration will approve this move by the July 1 date, a source told The Times of Israel last week.

It could take weeks or even several months before the joint U.S.-Israel mapping committee concludes its work. The White House has declared this a precondition that must be met before any go-ahead would be given for annexation. Already, significant delays have happened because of the COVID-19 pandemic.

July 1 is the earliest date the coalition agreement signed by Netanyahu and Defense Minister Benny Gantz’s Blue and White party allows the Prime Minister to bring the issue to a vote in either the cabinet or the Knesset, Israel’s parliament.

According to the coalition deal, the West Bank annexation plan can only move forward in full coordination with the White House. 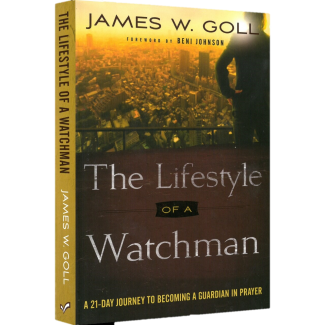 When you give a gift of $30 or more to provide support for Messianic ministries in Israel and critical resources to Jewish people around the world, we’d like to bless you by sending the book, The Lifestyle of a Watchman. This 21-day journey will help you move to the front lines of prayer – you’ll be encouraged to become more aware of God’s presence and pray His will with confidence. Request yours today!

PALESTINIAN AUTHORITY PUTS ITSELF IN A BIND

When Prime Minister Netanyahu stated his intention for Israel to annex the Jewish settlements in the West Bank, Palestinian Authority President Mahmoud Abbas’ was quick to respond. Citing the annexation as another example of continually broken agreements, he grandly declared that the PA was “absolved” of all agreements and understandings with Israel and the U.S.

Unfortunately for Abbas, this leaves the PA in a tricky situation. One of those agreements comes in the form of regular tax revenue transfers from Israel. Last year, these tax transfers made up 60 percent of the PA budget.

This year, with COVID hurting the West Bank economy, the U.S. halting millions of dollars in aid, and a drop in international funding, the PA can’t afford to turn away that money, and the people of the West Bank are going to suffer for it.

Security cooperation is another agreement the PA has “absolved.” This means that PA security forces can no longer access the two-thirds of the West Bank territory under Israeli control.

That puts Israeli security in sole charge of maintaining order and resolving disputes for those regions’ non-Israeli citizens. While I would take Israel’s security over the PA’s security any day of the week, not everyone will see it that way. I’d expect some friction to develop that won’t be good for either side in the long run.

Join me in praying for God to grant wisdom to all who earnestly seek it and thanking Him for His love and hope. Please pray with me for: