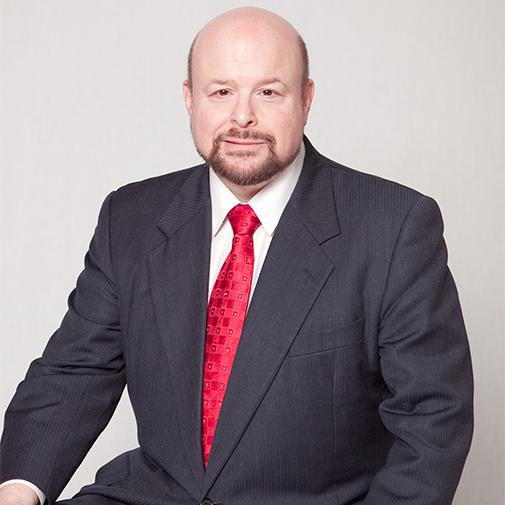 Who is Jonathan Bernis?

Jonathan Bernis is a Jewish Believer in Jesus who has been a leader in Messianic Jewish ministry for more than 30 years. He currently serves as President and CEO of Jewish Voice Ministries International (JVMI).

As a Messianic Jew, Jonathan Bernis is passionate about fulfilling the call of sharing the Gospel with his Jewish brothers and sisters. He remembers several people sharing the Gospel with him before he placed his faith in Jesus. What stands out to him about those instances is that each time he explained to the well-meaning Christians that he is Jewish, they apologized – as if the Gospel is not for Jewish people.

When, as a college student, Jonathan came to believe in Yeshua, he dug into the Scriptures and was surprised to learn that Jesus was Jewish. Not only that, He had come to the house of Israel first. Romans 1:16 explains that the Gospel is far from a salvation message meant only for Gentiles, as Jonathan’s early encounters indicate many people assume. The Good News is not only for Jewish people as well, but it is “for the Jew first.

Bernis saw that Scripture reveals there is salvation in no one else, and there is no other name under Heaven than the name of Jesus by which all men – Jew or Gentile – are saved (Acts 4:12). From that time forward, Jonathan Bernis has had a burning desire for his Jewish brothers and sisters to come to know their promised Messiah, and also to educate the Church about its responsibility to share with Jewish people the only means of salvation.

Jonathan is founding Rabbi of Congregation Shema Yisrael in Rochester, New York, where he served as Senior Messianic Rabbi from 1984 to 1993. In 1990, he led a small outreach team to Russia. The spiritual hunger of the people in Moscow and St. Petersburg was overwhelming. By the end of their six-day trip, the team had given out 300 Bibles and 400 pieces of Messianic literature. In 1993, Jonathan Bernis returned to the former Soviet Union to rent a large auditorium and produce a Jewish heritage festival at which he shared the Gospel message. He saw thousands respond in faith. That same year, he moved to Russia to found and pastor the Messianic Center of St. Petersburg where he lived and ministered from 1993 to 1996.

During those years, Jonathan Bernis frequently appeared as a guest on the television program of another Messianic ministry, Jewish Voice Broadcasts, founded by Louis Kaplan. The two ministries were so like-minded in their mission that in 1998, after Kaplan had suffered a debilitating stroke the

previous year, Jonathan was called upon to take up the mantle of leadership of Jewish Voice Broadcasts. After Louis passed away in 1999, the ministry merged with Bernis’ Hear O’ Israel Ministries to become Jewish Voice Ministries International (JVMI).

Jewish Voice Ministries exists to transform lives and see all Israel saved. Their mission is to proclaim the Gospel, grow the Messianic Jewish community, and engage the Church concerning Israel and the Jewish people. In addition to the Phoenix headquarters, Jewish Voice has offices in five nations, including Israel, where JVMI staff works with more than 60 ministry partners.

Jonathan hosts JVMI’s syndicated television program, “Jewish Voice with Jonathan Bernis,” which airs on Christian networks and by satellite throughout the world. It is also available via live streaming on the internet.

Jewish Voice also conducts humanitarian/Medical Outreaches to some of the most impoverished Jewish communities on Earth, including regular Outreaches in Ethiopia, Zimbabwe, and other points of need around the world. Through these Outreaches, JVMI has provided medical, dental and eye care that has restored eyesight and saved lives.

In the course of caring for hundreds of thousands of Jewish people and their neighbors, JVMI has been given the opportunity to share the Gospel message of the Messiah. As a result, dozens of Messianic congregations have formed. Through its Congregation and Leadership Development team, Jewish Voice comes alongside new Believers and emerging leaders with discipleship, training and support.

JVMI continues to present the large-scale international Festivals of Jewish Music & Dance that Jonathan Bernis founded. Throughout Eastern Europe, India, Africa, and South America, hundreds of thousands have attended. Millions more have participated through television broadcasts. Thousands have responded to the Gospel message, and more than a dozen new Messianic Jewish congregations arose in the former Soviet Union as a result of these Outreaches.

Jonathan is the author of numerous books including Unlocking the Prophetic Mysteries of Israel, and several titles in his best-selling Rabbi series (A Rabbi Looks at the Afterlife, A Rabbi Looks at the Last Days, A Rabbi Looks at Jesus of Nazareth, and more). His Confessing the Hebrew Scriptures series offers biblical inspiration centered on names of God describing Him as our healer, provider, shepherd and more. The series helps Believers stand firm on the solid ground of God’s Word and also includes audio recitations in the beautiful Hebrew language enabling listeners to proclaim the Scriptures in Hebrew as well.

Jonathan Bernis is motivated by his deep love for God and the passionate desire for his Jewish brothers and sisters to come to recognize and embrace their Messiah. The calling on his life is shared by the

Jewish Voice Ministries family whose work emerges from the burning vision to transform lives and see all of Israel saved.