Will the ceasefire hold?

“Peace I leave with you; my peace I give you. I do not give to you as the world gives. Do not let your hearts be troubled and do not be afraid.”
John 14:27 (NIV)

Shalom, my friend. Although the latest news reported from Israel is a ceasefire, this doesn’t stop – or even slow – our need to continue to pray for Israel and her people.

I’m so thankful you share my love and concern for the Jewish people. Not only do we need to continue praying for peace in Israel, but I’m also asking you to pray even more fervently for God’s Chosen People to seek the true and lasting peace that is only found in Jesus the Messiah.

These times of difficulty and fear can move many to look for answers beyond what they currently know and believe! Join with me in praying that many will come to know their Messiah.

And, as always, I hope you will pray as you read through the news stories I’ve included – even with the ceasefire, there are still attacks happening and anti-Semitic activity in Israel and around the world. It’s a dark time – but we know God is ultimately in control!

Again, thank you for your faithfulness and for standing with me, with Jewish Voice and in support of Israel and the Jewish people. 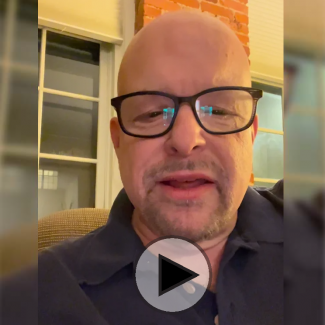 Hear this urgent message from Jonathan Bernis, President and CEO of Jewish Voice, requesting prayer for peace in Israel and the Middle East.

On Monday, two men were stabbed in front of the Israel Police National Headquarters. One is an Israeli soldier, the other a civilian. They were treated at the scene and then taken to a nearby hospital. Both in their 20s, one man was in serious condition and the other moderate condition. The assailant was shot and killed by police, who described it as a terrorist attack.

The stabbing attack on the two men happened near the Sheikh Jarrah neighborhood where the potential eviction of Palestinians led to mass protests that helped spark the battle between Israel and terrorists in Gaza.

RALLIES IN SUPPORT OF ISRAEL HELD AROUND THE WORLD

Over the weekend, following the ceasefire between Israel and Hamas, rallies took place in cities around the world showing solidarity with Israel. The message at the rallies was also one of protest against increasing anti-Semitic activity and attacks on Jewish people that have risen during and after the conflict.

In New York, thousands of Jewish and pro-Israel demonstrators gathered at the site of the World Trade Center. They flew Israeli and American flags and held signs with messages of support. Rallies were also held in Los Angeles, Atlanta and Houston, according to The Jerusalem Post.

“We are here today against terror, united against terrorism. We do not accept any type of terror, not in New York, not in Israel, not anywhere in the world,” said Tal Schuster, one of the New York event’s organizers, The Times of Israel reported.

Hundreds of people gathered in London despite the rain. In Australia, the Jewish community held rallies in Sydney, Melbourne and Brisbane.

In response to the increase in anti-Semitic attacks on Jewish communities in the U.S. and around the world since fighting between Israel and Hamas began on May 10, U.S. President Joe Biden condemned the violence.

“The recent attacks on the Jewish community are despicable, and they must stop,” Biden wrote on his official Twitter account on Monday. “I condemn this hateful behavior at home and abroad – it’s up to all of us to give hate no safe harbor.”

Biden’s statement comes three days after several prominent U.S. Jewish groups appealed to the White House to take action and speak out against the attacks in cities throughout the United States. Anti-Semitic incidents were also reported in the UK, Scotland, Germany and other countries worldwide, according to The Times of Israel.

Last week, one day before Israel and Hamas agreed to a ceasefire after 11 days of fighting, Esmail Qaani, the commander of Iran’s Islamic Revolutionary Guards Corps Quds Force, sent a letter to the commander of Hamas’s military wing. In the letter to Mohammed Deif, Qaani pledged that Iran would not abandon the Palestinians.

Qaani praised Hamas and other terrorist groups in Gaza for engaging in a “great battle that once again proved the weakness of the enemy.”

In the letter, he also said, “I kiss the hands that are carrying the weapons of Jihad (holy war) to defend Jerusalem and its holy sites. We will never be satisfied until this entity (Israel) is removed from the blessed land of Palestine and the liberation of every grain of its soil.”

Qaani vowed to fulfill the promise made by his predecessor, General Qasem Soleimani, and keep providing financial and military aid to the terrorist groups in the Gaza Strip. Qaani’s letter was published by the Palestinian news agency SAFA, according to The Jerusalem Post. Soleimani was killed in Baghdad in a U.S. drone strike on January 3, 2020. He funded and armed Hamas and Palestinian Islamic Jihad.

MAJORITY OF COVID RESTRICTIONS TO BE LIFTED IN ISRAEL

On June 1, Israelis will no longer be required to show proof of vaccination to enter various venues, and capacity limits at stores, restaurants and other sites will be lifted. Restrictions on indoor and outdoor gatherings will also be removed.

A week later, the indoor mask requirement will be lifted, according to The Times of Israel.

Israel’s successful vaccination campaign has made these changes possible.

“Israel is returning to routine,” Health Minister Yuli Edelstein said. “Less than six months ago, we started the vaccination campaign. Thanks to the excellent work of the workers in the health system… we carried out the best vaccination drive in the world. We have long been reaping our reward with low morbidity.”

The rules governing international travel remain the same and could be made stricter to prevent the potential entry of new COVID variants.