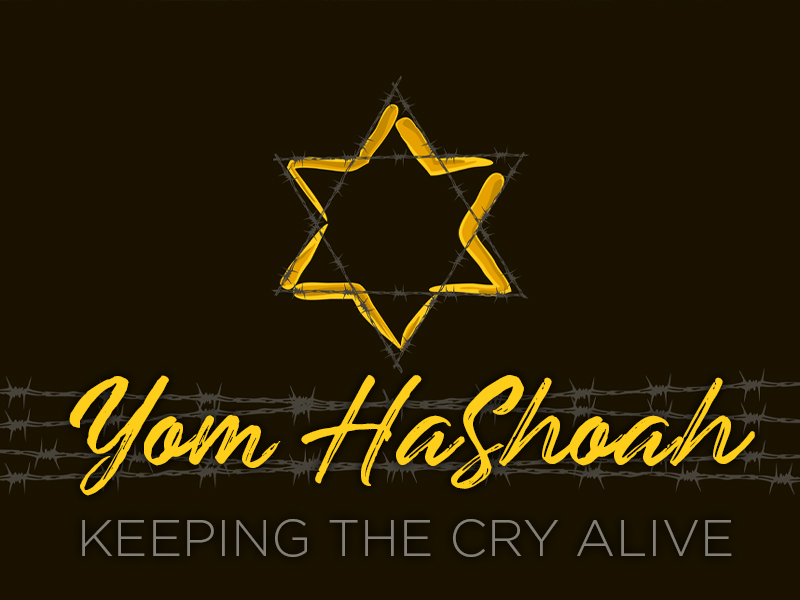 Under the cover of darkness, Aryeh Even and his mother and brother snuck from one location to another to avoid capture. It was 1941 when Aryeh’s father was taken away to an army labor camp and then to Mauthausen concentration camp. The remaining members of the family were evicted from their Hungarian home and turned out on the street with nowhere to go.

That was the way it went during World War II. Jewish people were suddenly expelled from their homes, sometimes violently, taking only what they could carry with them. When Jewish people were rounded up to live in ghettos or forced to travel days to concentration camps via overcrowded cattle cars, others simply took over their homes.

Aryeh was about 9 years old when his father was led away, and his family suddenly found themselves homeless in the terrifying world of Germany’s aggression. The Washington Post notes that records at Yad Vashem, Israel’s Holocaust Museum, reveal Aryeh’s grandfather was shot the next day, his body dumped in the Danube River. The fatherless family endured the war in hiding, sheltered by Swiss diplomats.

Not many years after the war, Aryeh moved to Israel as a teenager, alone. He made Aliyah in 1949 amid the infancy of the newly reborn State of Israel. Aryeh went on to become a foreign diplomat himself, serving on several overseas assignments.

On March 21, 2020, at 88 years old, Aryeh Even became Israel’s first COVID-19 death. He left behind four children, 18 grandchildren and one great-grandson. Quarantined in a hospital’s COVID-19 ward, his family could not visit him in the last days of his life. According to the Times of Israel, they described him as “a dear and beloved man, living a full life, devoted to his family, a strong man until the end.”

Rachel Gemara, a 32-year-old nurse working with coronavirus patients, saw Aryeh take his last breaths. Israeli medical personnel care for COVID-19 patients with as little physical interaction as possible to ensure the nation’s healthcare providers do not become infected as well. Staff behind protective glass observe patients via medical monitors, video and intercom communications. Patients often help each other, those with moderate cases showing small kindnesses to the critically ill. When Aryeh Even died, according to an article by the Jewish News Syndicate, two other patients were with him. Gemara said she watched them place their hands on his eyes and say the Shema prayer.

A memorial video produced by Honest Reporting cites that, as the news about Aryeh’s passing came out, “a horrendous wave” of vile anti-Semitism spread across social media. A screenshot of responses included “YESSSS,” “Hope there’s more where that came from” and a two-thumbs-up emoji.

Aryeh’s survival of the Holocaust is a story of triumph. At the same time, it is a sobering reminder of what the Jewish people went through and how 6 million were murdered. It’s heartbreaking to know how sick Aryeh was in the end as a global pandemic took his life. And it’s distressing to see, in response to his death, the appalling evidence of a sustained hatred for Jewish people in a world that should know better.

That’s why Holocaust Remembrance Days are so important. We must persevere against anti-Semitism, keeping the Holocaust from fading away into a vapor that the younger generation can’t see and doesn’t know. “Never again!” is the cry produced from the Holocaust. We must keep that cry alive.

Israel’s Holocaust Remembrance Day is called Yom HaShoah. Shoah means “catastrophe” in Hebrew, and Israel’s national holiday honoring victims and survivors begins at sunset on April 20 this year. Typically, at 10:00 a.m. the next morning, a siren sounds throughout all Israel, and the country comes to a standstill. For two minutes, they stand in silence, in respect, in remembrance. Traffic comes to a stop. Customers and merchants pause their transactions. Business halts, and people all over Israel stand for those who suffered in the Holocaust.

With so much of Israel shut down under COVID-19 restrictions, it’s hard to say what Yom HaShoah will look like this year. Like many places around the world, Israel is pretty quiet already. No doubt, though, as the blaring sirens make their way across TV and radio stations and filter into residences from public loudspeakers, Israelis will stand in their homes, making the same silent gesture that shouts, “We must not forget!”

Anti-Semitism has not forgotten its hatred. Let us never forget our resolve against it.