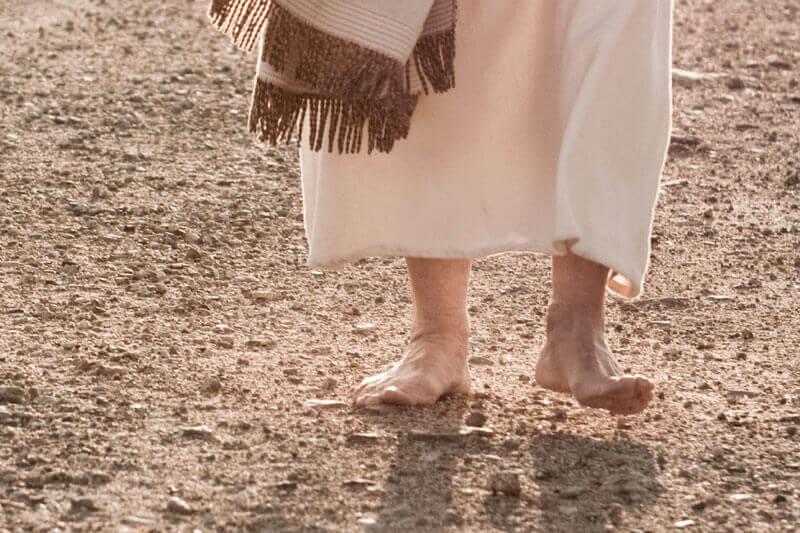 Answer: “Although there are ambiguities in the Hebrew text, the passage clearly speaks of a time of national mourning in Israel over one slain, resulting in the spiritual cleansing of the nation (Zech. 12:10-13:1). One of the oldest Jewish interpretations of this passage, found in the Talmud, refers Zechariah 12:10 to the death of Messiah ben Joseph, the suffering Messiah of Jewish tradition. Why then should it surprise you that the New Testament interprets Zechariah 12:10 with reference to Yeshua?” (See Answering Jewish Objections to Jesus, vol. 3, pp. 148-152.)

“Jesus fulfilled none of the Messianic prophecies!”

Answer: “To the contrary, we know that Jesus is the Messiah because he fulfilled so many Messianic prophecies. The only real way to deny this is to claim that the many prophecies he clearly fulfilled are not Messianic, which is quite an impossible stretch.” (See Answering Jewish Objections to Jesus, vol. 3, pp. 152-158.)

“Jesus fulfilled none of the provable Messianic prophecies!”

Answer: “By provable Messianic prophecies, I assume you mean prophecies referring to the Messiah bringing about an end to war and ushering in a universal golden age, or the Messiah regathering the exiles of Israel and rebuilding the Temple. But these are not the only provable Messianic prophecies, and there are some very important, provable prophecies of worldwide significance which Jesus and only Jesus has fulfilled, giving us every reason to expect that when he returns to earth, he will fulfill the rest.” (See Answering Jewish Objections to Jesus, vol. 3, pp. 158-164.)

Answer: “Those ‘Christian’ scholars who reject the so-called proof texts to which you refer are the very same scholars who reject any clear expectation of a Messiah of any kind Jewish or Christian in the Hebrew Scriptures. Their findings are just as incompatible with traditional Judaism as they are with traditional Christianity. On the other hand and you might find this interesting most of these very same scholars fully recognize the New Testament methods of interpreting the Hebrew Scriptures as thoroughly Jewish in keeping with the style of the Dead Sea Scrolls and later Rabbinic writings, except often more sober! In any case, the real issue is not what whether these scholars believe that Jesus is the prophesied Messiah of the Tanakh. The issue is: Is he, in fact, that prophesied Messiah?” (See Answering Jewish Objections to Jesus, vol. 3, pp. 164-167.)

“Jesus cannot be the Messiah because the Messiah was to be a reigning king whereas Jesus was despised, rejected, and crucified.”

Answer: “The prophetic Scriptures indicate that first the Messiah would suffer and then he would reign. This is exactly what happened: Jesus-Yeshua who is one of us and has identified himself totally with us joined us in our suffering, rejection and pain. We have suffered torture and death; he too was tortured and killed. We have been mocked, maligned, and misunderstood; to this day, he is the butt of ugly jokes and a common curse on people’s lips. (When people get angry, they don’t yell, ‘Moses!’ or ‘Buddha!’ or ‘Mohammed!’ but ‘Jesus Christ!’) But whereas, we have often suffered because we were guilty; he suffered because he was innocent and he did it for us. Therefore, Jesus was and is the perfect Messiah for us, the ideal Savior for a despised and rejected people.” (See Answering Jewish Objections to Jesus, vol. 3, pp. 167-169.)

Answer: “There is a fatal flaw to your objection, since we know for a fact that many religious Jews in Jesus’ day were expecting the coming of the Messiah in their lifetimes. This means that they were not expecting the Messiah to rebuild the Temple; the Temple was already standing! As for the prophecies in the Hebrew Scriptures associating the rebuilding of the Temple with the work of the Messiah, we should point out that they were delivered during the time of the Babylonian exile and pointed to the rebuilding of the second Temple and that Temple has been destroyed for more than 1900 years now. This means that we must reinterpret these passages if we are to apply them to a future rebuilding of the Temple. In that case, it can be argued that these prophecies await the return of the Messiah, when he will establish his kingdom on the earth and build the third Temple.” (See Answering Jewish Objections to Jesus, vol. 3, pp. 170-179.)

“The only true prophecy about Jesus in the Hebrew Scriptures is found in Zechariah 13:1-6 a passage dealing with false prophets. It even makes explicit reference to his crucifixion!”

Answer: “Actually, the passage of which you speak has nothing whatsoever to do with Jesus. To be sure, you are right in saying that it is a prophecy about false prophets, but it makes no reference to crucifixion the Hebrew actually speaks of wounds on the false prophet’s back, not on his hands. The only references to the Messiah in this passage of Scripture are in the powerful, God-centered, repentance-based passages that come before and after Zechariah 13: 1-6. So, you have failed to recognize the true references to the Messiah in Zechariah 12-14 and focused on the one passage that does not apply to him.” (See Answering Jewish Objections to Jesus, vol. 3, pp. 180-181.)

“Paul claimed that the Hebrew Scriptures prophesied the resurrection of the Messiah on the third day. Nowhere in our Bible is such a prophecy found.”

Answer: “Paul’s exact words are: ‘For what I received I passed on to you as of first importance: that Messiah died for our sins according to the Scriptures, that he was buried, that he was raised on the third day according to the Scriptures . . .’ (1 Cor. 15:3-4). As a Jew schooled in the Scriptures from his childhood, he was not thinking of just one passage but of several passages that pointed to the Messiah’s resurrection on the third day. And remember: Paul was not trying to ‘pull a fast one’ on anybody! And no one had pulled a fast one on him either. This is the tradition he received, and if someone taught him something that was not in his Bible, he would have known it immediately. In fact, when we study the Tanakh, we see that the third day is often the day of completion and climax and so it was with the Messiah’s death and resurrection!” (See Answering Jewish Objections to Jesus, vol. 3, pp. 181-184.)

Answer: “Really? Then why didn’t the Muslims find Muhammad everywhere in the Hebrew Bible? Why did they have to completely rewrite their own version of the Scriptures (i.e., the Koran) instead of referring back to the Hebrew Bible the Word of God accepted by both Christians and Jews? And where does the Tanakh point to Muhammad’s place of birth, or the time of his coming, or the manner of his death, or his alleged ascension to heaven? (Remember: the Hebrew Scriptures point to the place of Yeshua’s birth, the time of his coming, the manner of his death, and his resurrection!) I also remind you that modern scholars both Jewish and Christian recognize that the authors of the New Testament were highly sophisticated in their interpretive techniques (see vol. 4, 5.1). Sorry, but you’ll have to do better. Objections like this are hardly worthy of the name.” (See Answering Jewish Objections to Jesus, vol. 3, pp. 184-188.)