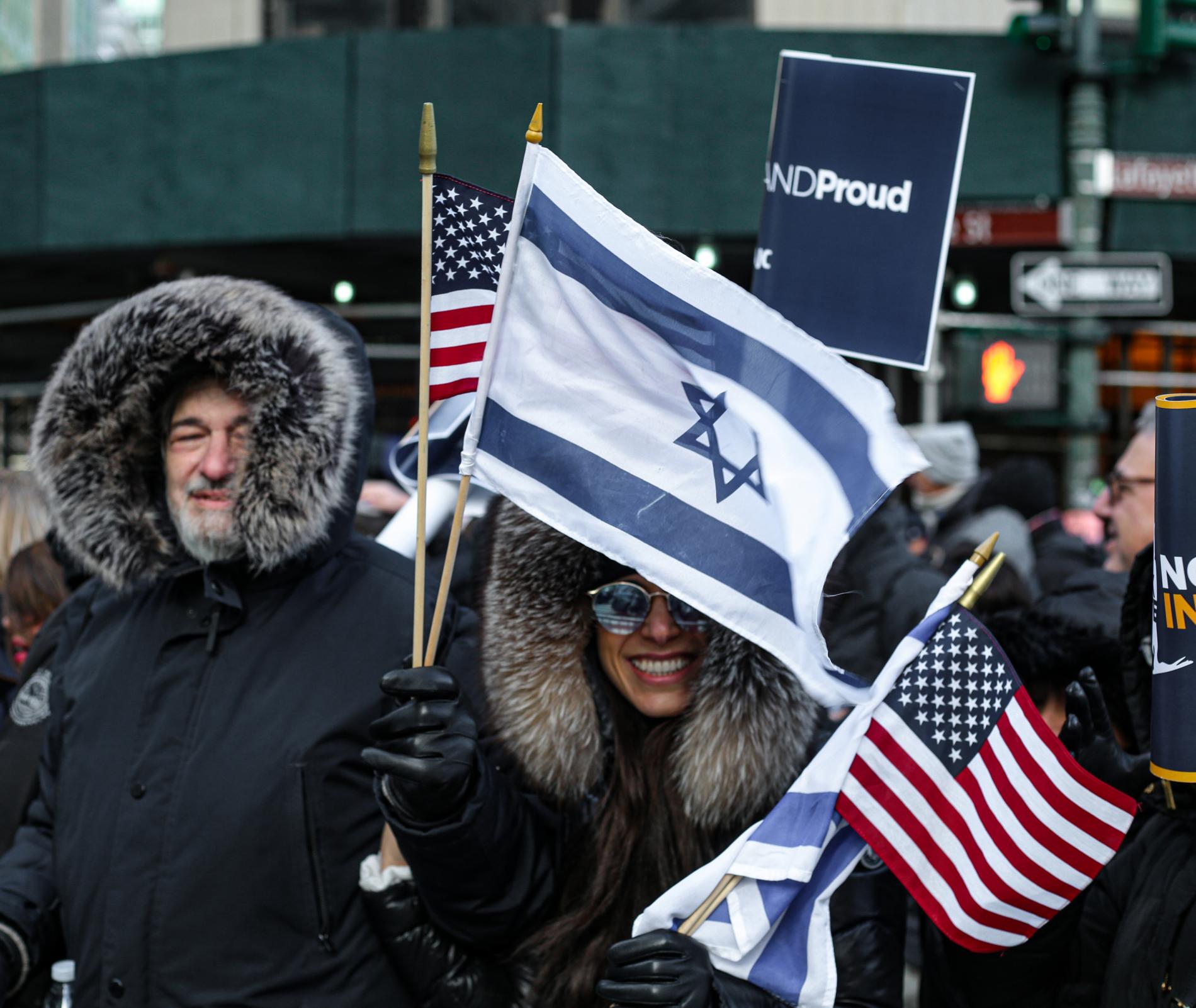 The 2020 U.S. Presidential Election will have consequences not just for Americans, but also for Israel and the world.

For many of us, 2020 was an exhausting year. The world was hit with the devastating COVID-19 pandemic, which caused hundreds of thousands of deaths and pummeled the global economy.

Amidst all of that chaos, we saw the United States buckle under the weight of continued racial strife as protests, some violent, broke out in many cities across the country over the summer. And then, at the end of the year, we weathered a particularly contentious U.S. presidential election.

I, along with many of you, I’m sure, was wearied by a loss of trust in the honesty and accuracy of the election process. No matter which candidate you supported, it’s deeply unsettling to see bitter divisiveness, anger, and bias penetrate what were supposed to be our trustworthy institutions (like the media and polling places). I have never witnessed such a polarization of political views in my lifetime. Misinformation ran rampant and brought tremendous confusion. The recent attack on the US capitol was unprecedented and horrific.

The Biden administration is now a reality and we need to be praying for President Biden. And while I hope and pray he will govern with every citizen in mind, we should also pray he governs with the interests of our foreign allies in mind – particularly Israel.

Here at Jewish Voice, our mission includes standing with Israel and helping Christians understand why Israel is so important in God’s eternal plan. God has blessed our work in amazing and supernatural ways since our ministry began back in 1967, and I have no doubt He will continue to bless it. But it’s important for us to know, too, that the 2020 presidential election will have consequences (perhaps both good and bad) for our work, particularly as it relates to Israel.

I want to share with you now what I believe some of those consequences will be, and how we can continue to support the state of Israel no matter who sits in the White House.

Shortly after President-elect Biden’s victory was announced, Israeli Prime Minister Benjamin Netanyahu offered a somewhat lackluster public congratulations on Twitter. But Netanyahu then went on to offer effusive thanks to President Donald Trump for all he had done to support Israel.

I think those thanks were warranted. Before we look ahead to life in Israel post-election, it’s worth reflecting on President Trump’s tenure.

As Netanyahu said before, President Trump was arguably the best friend that Israel has found in the U.S. presidency since President Harry Truman (who was among the first world leaders to recognize Israel’s statehood in 1948).

Many have celebrated President Trump’s courage, for example, in bringing the U.S. Embassy in Israel from Tel Aviv to Jerusalem. That move recognized the Holy City as Israel’s rightful capitol. It was a bold step, and one that no President before Mr. Trump had the courage to do. And that’s despite the fact that the U.S. Congress had passed a law - back in 1995 - calling for the embassy to be moved from Tel Aviv to Jerusalem! For 25 years previous presidents signed executive orders delaying this move…until Donald Trump! He had the courage to say enough is enough. Jerusalem is the rightful capital of Israel and we will now honor the decision of the Congress.

President Trump also recognized the Golan Heights and the West Bank – territories long in dispute among Israel, Syria and the Palestinians – as official Israeli land. Prime Minister Netanyahu called the recognition a “historic justice.” It gave due credit, he said, to the many Israeli soldiers that fought bravely for the land in the Golan Heights against a Syrian invasion in the Six-Day War in 1967. And it will protect all people, Jewish and Arab, who live in those territories today.

Pray for the peace of Jerusalem, They will prosper that love thee.
– Psalm 122

But perhaps most important was President Donald Trump’s hard stance against the violent despotism of Iran. When it comes to geopolitics, there is no greater threat to Israel (and the entire Middle East for that matter) than Iran. The Iranian regime openly advocates (with little pushback from the global community) for the outright destruction of Israel and the Jewish people.

When Donald Trump brought the U.S. out of the Iran nuclear “deal,” he acknowledged what the rest of the world already knew (even if they won’t say it): Iran was never going to keep its end of the bargain. Even now, with several nations still a part of the supposedly in-tact deal, Iran is openly violating its terms and enriching uranium at levels more than ten times higher than what they agreed upon!

There is a real danger that the Biden-Harris administration will attempt to re-enter the U.S. into this failed deal (it was originally drafted under the Obama-Biden administration). If he does, life in the Middle East will become more dangerous for everyone, not just Israel. Most other Middle Eastern nations rely on Israel’s strength for their own protection from Iran. We’ve seen the outward expression of this protective relationship on full display recently, with the historic peace agreements between Israel and nations like the United Emirates, Bahrain, and most recently Sudan and Morocco.

The reality is that more than Hezbollah in Syria and more than the PLO and Hamas in Palestinian territories, Iran is the single most dangerous threat that looms over Israel - and a threat to Israel is a threat to all the other nations she protects. Unfortunately, if President Biden’s tenure as Vice President is a harbinger of what he will do in the Oval Office, there is a real danger that the United States’ positive influence in the Middle East may falter.

But there’s more than just geopolitics at play here. I can’t afford to mince words: a liberal ideology - which exists in Israel just as it does in the United States – too often bears the fruit of anti-Semitism. Sometimes, anti-Semitism is the driving force behind political opposition to Israel. (Last November, then-Secretary of State Mike Pompeo boldly declared the truth that “anti-Zionism” (that is, opposition to the political state of Israel) “is anti-Semitism.”) 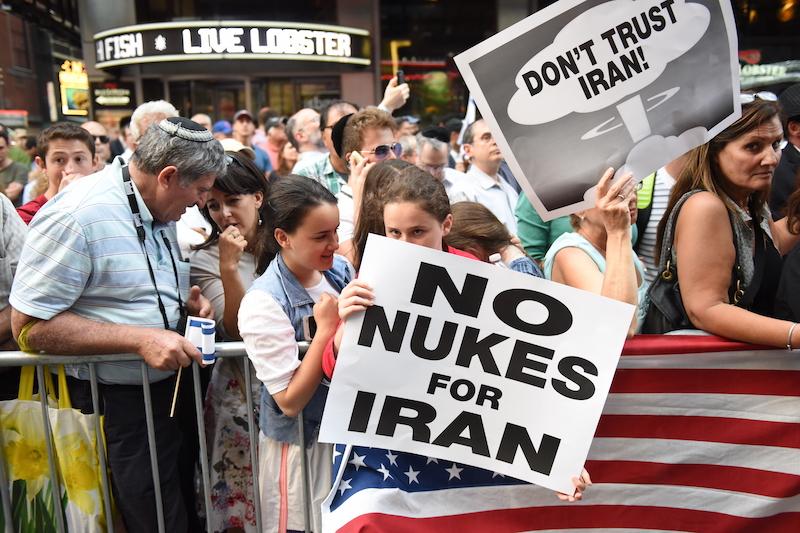 I mentioned earlier that race relations in the U.S. seemed to hit a fever pitch in 2020. Unfortunately, the (sometimes justified) unrest that followed the death of George Floyd at the hands of police last May gave rise to a dangerous political ideology called Critical Race Theory (CRT). In essence, CRT teaches that our physical race is not only the most important thing about us, but it is the only important thing about us.

Jewish people (and many Christians) the world over will instantly recognize the danger in this sort of thinking. If human beings are no longer God’s Image-Bearers but are to be valued or de-valued simply because of their ethnicity, then human rights abuses – like those perpetrated during the Holocaust are a very real danger.

Unfortunately, many people, both in the U.S. and abroad, has bought into Critical Race Theory. Some have even gone as far as to suggest openly that Jewish people are ‘effectively white’ – a thinly-veiled attempt at casting Jewish people, once again, as “the enemy.”

So what should we do?

In the face of a tumultuous and confusing election, it might be easy to feel discouraged. But there is a lot that supporters of Israel and the Jewish people can still do.

First, and most important, we must pray. “Pray for the peace of Jerusalem,” Psalm 122 says. “They will prosper that love thee.” When God called Israel to be His Chosen people, and then chose to bless the world through a Jewish Messiah, He knew they would face persecution. The Enemy hates that Israel was the site of the Messiah’s birth, and that it will be the site of His return. That’s why it’s so important that we pray for the land and people of Israel. It’s not a request, either – re-read Psalm 122. It’s a command!

Secondly, we can make our support for Israel known to our local and national elected officials. Thank your representatives when they stand up for Israel’s right to exist and her right to protect herself from enemies like Iran. Voice your concern when your representatives take action that outright harms Israel, like advocating for U.S. support of the Iran Nuclear “Deal”, or supporting the Boycott, Divestment and Sanctions movement that openly seeks to destroy Israel’s economy. (Did you know several high-profile members of Congress support this movement?)

Third, we can support ministries that make a direct impact in Israel. Here at Jewish Voice, our foremost mission is to bring the Good News of Jesus the Messiah to the Jewish people. We do that through evangelism but also through humanitarian aid, including free medical treatment, which we bring to Jewish people worldwide. We want to be Jesus’ ambassadors to His Chosen People, both in word and deed. When you help us continue that work, you are helping Israel.

I mentioned before that we can’t control everything that happens. That’s an uncomfortable reality, especially after a difficult year. But, my friends, be encouraged: we worship the God who is in control! And we know that there is no “height, depth, or anything in all creation” – no pandemic, no government – that will be able to separate us from His love (Romans 8:39). That’s Good News!

We Stand With Israel. Who Is With Us? 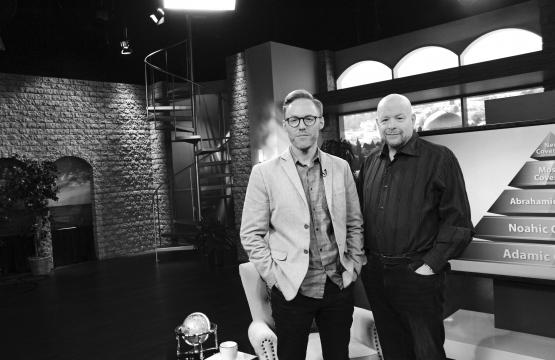 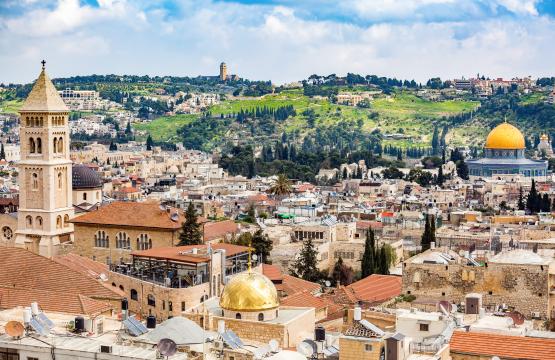 We Stand With Israel. Who Is With Us?