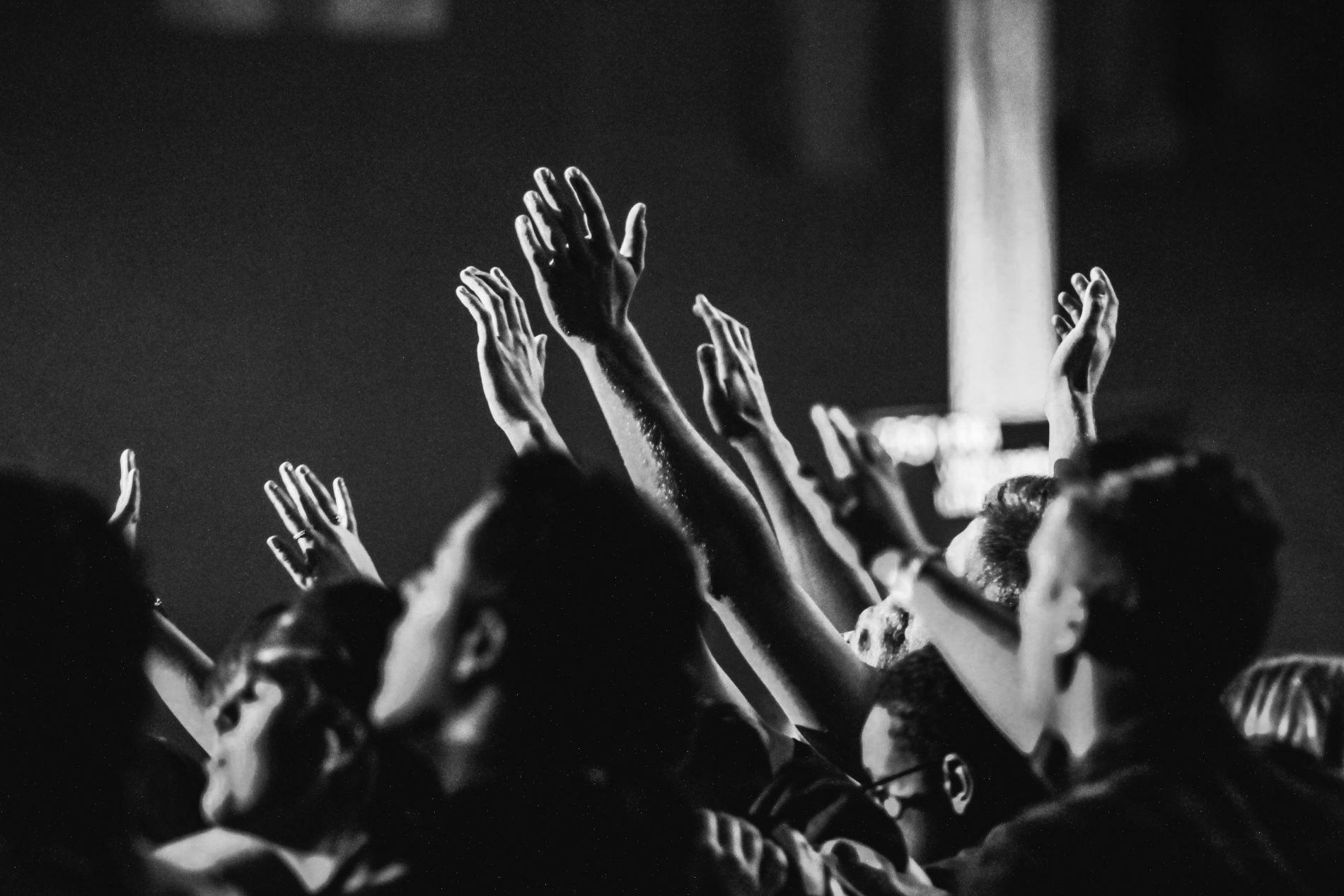 Toward a Covenantal Relationship: The Church and the Jewish people need each other

It’s been two years now since the world seemed to “shut down” all at once. While COVID-19 is still a daily reality, I have sensed over the past few months a new energy as life slowly grinds closer to “normal.” The same has been true of our ministry work here at Jewish Voice, and I’m so grateful to God for that.

Still, we are a global ministry. And when the “globe” closed for travel in 2020, our Executive Team knew we needed to lean in to what the Lord might have to teach us. And He met us there with this encouragement:

That’s not an easy ask for such an energetic (and frequently over-caffeinated) team! But by His grace, we spent 2020 waiting on the Lord. And He met us there. What I want to share with you today is what He taught us in our waiting.

I. Engaging the Church

Our Jewish Voice team has put great thought, care and prayer into our mission statement: We exist to Proclaim the Gospel to the Jew First, to Grow the Messianic Jewish Community, and to Engage the Church Concerning Israel and the Jewish People.

It’s that last prong of our mission – engaging the Church – that we believe the Lord is calling us to deepen.

Our motivation here comes from Scripture. In his letter to the Romans, Paul – a Jewish believer – writes earnestly about his love for his Jewish brothers and sisters; and his hope that they would come to know Yeshua, Jesus, as the Messiah. Those of us who share that love and hope find great cause for rejoicing in Romans 11:26, which says that one day, “all Israel will be saved.”

But it’s critical that we also study what comes immediately before that promise. Paul writes:

“Israel has experienced a hardening in part until the full number of the Gentiles has come in, and in this way all Israel will be saved” (Rom. 11:25-26, emphasis mine).

The Holy Spirit, through Paul, has unveiled part of a great mystery for us here. Part of the saving of all of Israel is spiritually linked to the fullness of the Gentiles. This is the great wisdom of God’s plan: the Old Testament says that He chose Israel as His people in order to reveal His goodness and glory to all peoples – fulfilling Israel’s mandate, given to Abraham and his seed, to be ‘a blessing to all the families of the earth.’ (Genesis 12) Now, Paul says, God will use the redemption of the Gentiles through Yeshua to renew Israel’s jealousy and love for God – the God Who first chose Israel and Who continues to desire her.

I once heard a prominent evangelical pastor, while preaching on Paul’s letter to the Romans, tell his congregation that “no church that fails to engage the Jewish people can long hold onto the Gospel.” Strong words, no? And yet, this pastor recognizes that the Good News of the Messiah, divorced from its Jewish root and its being first “for the lost sheep of the House of Israel” is incomplete and not fully effective. Similarly, we can say that failing to recognize that Jewish Believers – the Messianic Jewish part of the Body – have not only a calling to reach our own Jewish people with the Good News of Yeshua, but also to take up our centuries-old biblical mandate to become a blessing to all the families of the earth with that same Good News, is also incomplete. But we cannot do this alone. We need each other. It is only when the Gentiles come to their “fullness” (the full abundance of God’s intent in redeeming them from every people, tribe and tongue) that somehow, in God’s mysterious provision, all Israel will be saved.

And it is with this urgency and clarity that we continue to prioritize Engaging the Church – the third facet of our missional mandate at Jewish Voice. Partnering with the Church – the Body of Believers – towards the “fullness of the Gentiles” and the “salvation of all Israel” is not a departure from Jewish ministry. It is Jewish ministry!

Now comes the million-dollar question: how do we engage the Church – and how should the Church engage with the Jewish people – well?

As I’ve studied these questions in prayer, the Lord has made clear to me and to our executive leadership team here at Jewish Voice that Engaging the Church cannot be a purely academic or theoretical exercise for our ministry. It must be done in relationship. So, over the past several months, I’ve been conceptualizing a spectrum of levels of relationship between the Evangelical Church and the Jewish people. I want to share those with you now, keeping in mind that different churches and even denominations will fall in different places along the spectrum.

The first two levels of relationship, Antagonistic and No Relationship, have negative consequences. To be clear, I believe these types of relationship are “not okay.” An antagonistic relationship between the Church and the Jewish people could look like open anti-Semitism; or it could involve a more subtle anti-Semitism in the form of Replacement Theology. That’s the belief that the Christian Church has “replaced” the Jewish people as receivers of God’s blessing and covenant (and that’s despite God referring to His covenant with Abraham as “everlasting”).

On the other hand, some Christian believers simply ignore the biblical mandate to love and to minister to the Jewish people. They may not harbor any explicit ill will. But this “No Relationship” relationship can, in some ways, be as dangerous as antagonism: it says Jewish people just don’t matter – to God or to us.

The next five levels of relationship between the Church and the Jewish people can each bear some fruit in their own right. Still, I believe it’s the last stage, the Covenantal Relationship, that bears the most fruit toward fulfilling Romans 11:26. Still, we must start somewhere.

Many prayerful, well-meaning Christians have embraced ministry to the Jewish people out of what I call a Genesis 12:3 conviction. In that verse, God says “I will bless those who bless you (Israel).” It is good and right for this verse to stir the Church to care for the Jewish people! But it would be wrong to stop here. We love God not merely because He has the power to “give and take away;” we love Him because He is holy. Likewise, we should love the Jewish people not just because God will bless us for it; we should do it out of humble recognition that our Messiah came through them; and because we know the redemption of the Gentiles is inextricably linked with theirs!

Other Christian believers may find themselves attracted to Jewish ministry because they recognize the distinctly Jewish roots of the Christian faith. We at Jewish Voice agree – really knowing our Jewish King, Yeshua, requires understanding His Jewishness! The problem here arises when the Church views the “Hebrew Roots” of their faith as merely a means to enriching their own faith. This often looks like a love for Jewish things without a love for the Jewish people. This is woefully incomplete, and, sadly, will not provide a firm bedrock for enduring relationship should a time of persecution or widespread difficulty for the Jewish people arise [again] in the coming years. We simply can’t afford to stop here.

At this level, a Believer may carry a spiritual burden for the salvation of the Jewish people. Alleluia! The danger arises when these Believers approach Jewish people with the message that they must convert to a new religion called Christianity in order to be saved. My friends, I know this is strong language, but that is a diabolical deception built into centuries of Christian thinking and we must challenge it, root it out, and replace it with a Scriptural understanding of the Ecclesia – rooted in Israel – if we are to hope to be effective in sharing the Gospel with our Jewish friends, colleagues, or extended family members. Our Messiah was Jewish. He came to fulfill the Scriptures; not to write new ones. This concept is at the very core of Jewish Voice’s mission: believing in Yeshua the Messiah is not the end of our Jewishness; it is the fulfillment!

Our “eschatology” is simply what we believe about the End Times. Many Christians rightly read the Scriptures to say that Yeshua’s second coming will be to the physical land of Israel. But the pitfall here is a return to a transactional relationship: some Christians support the land of Israel merely as a means to that end. In doing so, they forget or neglect the people of Israel. At best, an eschatological relationship with the Jewish people is a half-truth.

At this level, Christian believers and the Jewish people are coming together to seek unity. There is repentance and forgiveness as each group recognizes past hurts they have caused. This is cause for celebration!

Nevertheless, in my many years of ministry, I’ve often seen something happen at this level that I believe grieves the heart of God.

Some Christians, and even Christian ministries, have so great a desire to mend fences with the Jewish people that they will agree to forfeit any mention of Yeshua in order to stay in their new friends’ good graces “Let’s not offend the Jewish people with the Gospel. After all, God can work it out for them in the end.” My friends, this is a friendship that’s bought at too high a price. I firmly believe that to truly love our Jewish brothers and sisters is to share the love of Yeshua with them; regardless of how challenging it will be to hear.

It is a deep desire of my heart that our ministry at Jewish Voice would lead you, our ministry partners, to a Covenantal relationship with the Jewish people. This is the place where Jewish and Gentile believers recognize that we need one another; and that the fulness of God’s redemption for the world requires both of us. A covenantal relationship between the Church and the Jewish people is, in some ways, like a marriage: we are distinct, but we are meant for unity. Many of us may struggle with a word so strong as “covenantal.” And yet, it implies a bond which endures even unto death. And, as Yeshua said, “greater love hath no man than this: that he lay down his life for his friends (John 15:13).” My friends, is our relationship with Jewish believers in the Ecclesia and the Jewish community at large strong enough that we would be willing to lay down our lives, if need be one day, out of a demonstration of extravagant covenant love for the people God said He has inscribed upon the palms of His hands? Don’t answer too quickly. But please do prayerfully consider.

I consider it both a challenge and a privilege to share all of this with you. I hope that you will prayerfully consider joining us as we press on toward building a Covenantal Relationship between the Church and the Jewish people – toward the fulfillment of Romans 11:26. I know God will bless your efforts, just as He is blessing ours at Jewish Voice. We feel an urgency – now more than ever – to lift up our voice – our Jewish Voice – with strength, truth, and love in order to challenge the assumptions, theological errors, apathy, and convenient politically-correct dismissals which leave us in danger of resisting God’s intent for the full abundance of the nations and the salvation of the Jewish people rather than participating with Him in seeing it come to pass.

And be aware – He just might use you, too. And a tool in the hands of the Maker is a powerful tool, indeed!

Putting Feet to Your Heart: Practical Ways Believers Can Support the Jewish People 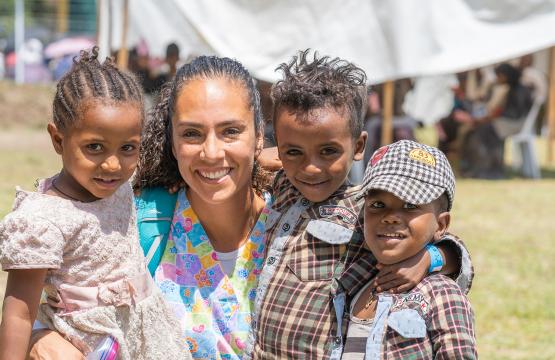 Putting Feet to Your Heart: Practical Ways Believers Can Support the Jewish People