Jewish Voice Ministries International (JVMI) has been in relationships with certain Ukrainian Messianic congregations since the 1990s. A little JVMI history might be helpful.

JVMI wasn’t always Jewish Voice Ministries International. First, it was Jewish Voice Broadcasts (JVB) that began in 1967 under the leadership of Louis Kaplan. In the early 1990s, Jonathan Bernis – president and CEO of JVMI today – led Congregation Shema Yisrael in Rochester, New York. Then, he heard God calling him to conduct a large-scale event to share the Gospel with Jewish people in Russia.

After tens of thousands placed their faith in Jesus at that first event, Jonathan moved to St. Petersburg, Russia, to disciple new Believers and found Hear O’ Israel Ministries (HOIM). From there, he organized and hosted Festivals of Jewish Music & Dance all over Eastern Europe.

Jewish Voice Broadcasts heard what Jonathan was doing and invited him for frequent guest appearances on their television and radio programs. When Louis Kaplan passed away in 1998, JVB called Jonathan to lead their ministry alongside his.

By 2000, it became clear that the two ministries – so like-minded in their purpose to see Jewish people accept Jesus as Messiah – should merge. In 2001, Jewish Voice Broadcasts and Hear O’ Israel Ministries joined to become today’s Jewish Voice Ministries International, with Jonathan Bernis as President and CEO.

Before that, however, back in 1994 and 1995, Jonathan and HOIM held festivals in Kiev and Odessa, Ukraine, respectively. The response to the Gospel was overwhelming. As a result, Messianic Jewish congregations were established in each location. Jonathan also helped establish the Messianic Jewish Bible Institute to train new Messianic leaders. The school opened in Odessa in 1996.

The congregations formed immediately after the first HOIM festivals in Ukraine are the same ones currently working so diligently in their war-torn communities, dispensing aid, comfort, hope and the Gospel of Jesus to their members and neighbors. These are trusted, faithful leaders, some of whom have been committed to their congregation since its beginning. Through them, we have also become connected with other fellowships and organizations in Ukraine.

They are doing tremendous work bringing God’s light into the darkness that has overcome their nation. As you help us send additional support to these congregations, you enable them to reach the frightened and hurting people of their communities. Thank you for your continued support. 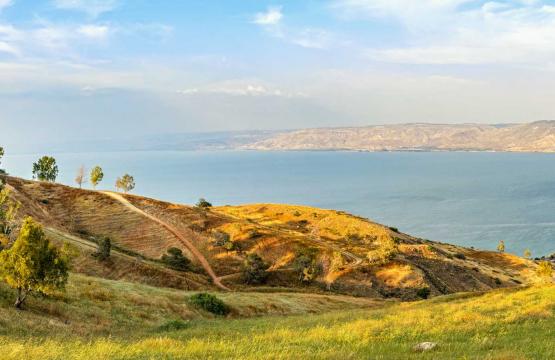