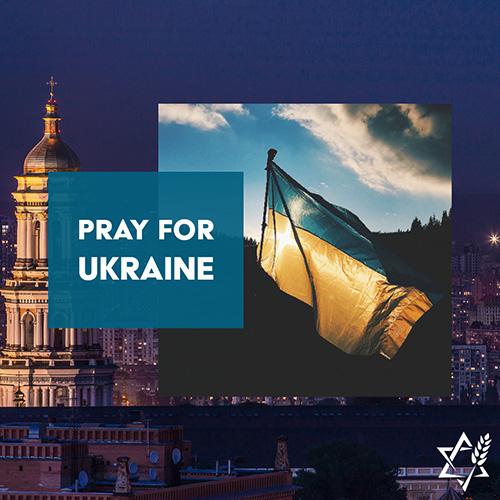 A Call to Prayer for Ukraine

A Call to Pray from Ezra Benjamin

The unprecedented invasion of Ukraine by Russia yesterday morning came as a complete shock to me. I know it shouldn’t have. Putin has been amassing troops at the border for months now and threatening the world he would do exactly what he did. I just didn’t believe He would do it.

This act of unprovoked aggression is likely the most significant event we have seen in our lifetime. It was like looking at a repeat of the Nazi invasion of Poland in 1939. World leaders looked on and did nothing. They believed that appeasement would keep Hitler from fulfilling his lust for the conquest of Europe. But they were wrong.

This could very likely be the catalyst China has been waiting for to invade Taiwan and could eventually be the spark that ignites war in the Middle East and an attempted invasion of Israel. If we have learned anything from history, it is those who do not learn from it are destined to repeat it.

The Bible tells us in 2 Corinthians 10:4, “For the weapons of our warfare are not carnal but mighty in God for pulling down strongholds.” Let there be no mistake, what we are seeing happen before our eyes is spiritual warfare – and it is serious. And while this may well be moving us toward a scenario the Bible described would be the condition of the world in the Last Days, this does not mean we should remain passive. We need to be praying and interceding for God’s will to be done in the midst of this crisis.

Ukraine is home to tens thousands of Jews and dedicated Bible believing Christians. Kiev has the largest Messianic Jewish Congregation in the world with close to 2,000 members. There are large evangelical churches in almost all the major cities of Ukraine.

We are asking you to pray specifically for:

May the Lord turn to good what the enemy has meant for evil during this challenging time.

God bless you all. Your prayers mean more than you can possibly imagine.