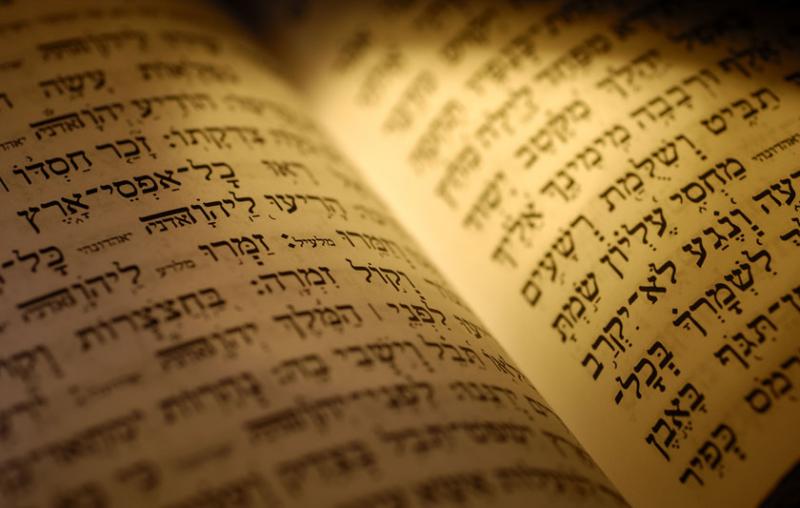 “If Jesus is really the Messiah, and if he is so important, why doesn’t the Torah speak of him at all?”

Answer: “You would be surprised to see how many passages and concepts actually point to Jesus the Messiah in the Torah. But before you question my beliefs, are you aware that the Torah doesn’t say much about the ‘traditional’ Jewish Messiah? Does this mean that the Messiah is unimportant to traditional Judaism? And the Torah says nothing about the Oral Law. What does this imply? You might want to think twice about your argument here.” (See Answering Jewish Objections to Jesus, vol. 3, pp. 3-13.)

“Nowhere in the Hebrew Bible are we told that we must ‘believe in the Messiah.’”

Answer: “This is hardly an accurate statement, and it is not even in harmony with Jewish tradition. Believing in God, his prophets, and his Messiah is basic to the biblical faith, while one of the thirteen principles of the Jewish faith as articulated by Maimonides (Rambam), is that we must believe in the coming of the Messiah, awaiting him every day with unwavering faith.” (See Answering Jewish Objections to Jesus, vol. 3, pp. 13-17.)

“Isaiah 7:14 does not prophesy a virgin birth! And it has nothing whatsoever to do with Jesus, since it dealt with a crisis 700 years before he was born.”

Answer: “Although biblical scholars of varied religious backgrounds continue to debate the precise significance of Isaiah 7:14 (Jewish scholars disagree among themselves, as do Christian scholars), the overall meaning is clear: The prophet speaks of a supernatural event of great importance to the House of David, apparently the birth of a royal child. When read in the larger context of Isaiah 7-11, it is not difficult to see how Isa 7:14 was taken to be Messianic. Matthew therefore had good reason to cite this passage with reference to the birth of Jesus the Messiah. But you have raised some fair questions, so let’s look at them in a little more detail.” (See Answering Jewish Objections to Jesus, vol. 3, pp. 17-32.)

Answer: “The most natural, logical, and grammatically sound translation of Isaiah 9:6[5] is: ‘For a child has been born to us, a son has been given to us, and the government shall be on his shoulder, and his name is called, Wonderful Counselor, Mighty God, Father Forever, Prince of Peace’ (my translation). This is in harmony with other verses in our Hebrew Scriptures that point towards the divine nature of the Messiah, and the names of the child should be taken as descriptive of the Messiah himself.” (See Answering Jewish Objections to Jesus, vol. 3, pp. 32-49.)

“If you want to know what Isaiah 53 is talking about, just read Isaiah 52 and 54. The context is the return of the Jewish people from Babylonian exile, 550 years before Jesus.”

Answer: “There is some truth to what you are saying. The prophet saw the future glory of Israel and the work of the Messiah against the backdrop of the end of the exile. But the context is larger – beginning in Isaiah 40. It spells a new beginning for Israel, a new creation and a new exodus, a time when all the world will ultimately see the glory of the Lord. The events predicted in Isaiah 53 are far greater than the return of about forty-five thousand Jews from Babylon in the sixth century B.C.E. Rather, in these passages in Isaiah, the exile serves as a symbol of the spiritual bondage of the Jewish people, while the return from exile serves as a figure of their redemption. These prophecies of redemption culminate in the glorious Messianic prophecy found in Isaiah 52:13-53:12.” (See Answering Jewish Objections to Jesus, vol. 3, pp. 40-49.)

“Isaiah 53 speaks of the people of Israel, not Jesus (or, any Messiah).”

Answer: “It is impossible, both contextually and logically, for Isaiah 53 to be speaking of the people of Israel. Rather, the text clearly speaks of one individual, and as many rabbis recognized through the ages, that individual was the Messiah.” (See Answering Jewish Objections to Jesus, vol. 3, pp. 49-57.)

Answer: “Absolutely not. In fact, an Orthodox anti-missionary made this very claim quite emphatically in a live radio debate with me in 1991. Needless to say, he had to come back on the air and admit his error.” (See Answering Jewish Objections to Jesus, vol. 3, pp. 57-58.)

“It is not true that the medieval rabbis were the first applied Isaiah 53 to Israel instead of the Messiah. The Israel interpretation is actually very ancient.”

Answer: “You’re partially correct. The earliest reference to this interpretation is found in a second-century Christian source recounting a discussion between a Gentile follower of Jesus and some Jewish teachers who did not believe in him. But, aside from one passing reference in Midrash Rabbah (where part of one verse is interpreted with reference to the righteous), a specific identification of Isaiah 53 with Israel is not found in any Rabbinic literature until almost one thousand years after Jesus. (In other words, it is not found in the Talmuds, the Targums, or in the Midrashim.) Therefore, the view that Isaiah 53 spoke of Israel can hardly be considered a standard (or, ancient) Rabbinic interpretation, and for the traditional Jew, that’s what really matters.” (See Answering Jewish Objections to Jesus, vol. 3, pp. 58-62.)

Answer: “This is not possible. The servant of the Lord in Isaiah 53 was smitten for the sins of his people while he himself was guiltless. In complete contrast to this, the Torah promised that the people of Israel would be smitten for their own sins, not for the sins of the nations. Even more importantly, the sufferings of the servant of the Lord in Isaiah 53 bring healing to those for whom he suffered, whereas when Israel was smitten by its enemies because of its sins, God subsequently judged those nations for overdoing the punishment. Israel’s suffering brought judgment rather than healing to Assyria, Babylon, Greece, or Rome - to name just a few of the nations used by God to judge his people Israel. (See above, 4.5-4.6, for more on these points.) At any rate, the text plainly says that the servant was suffering for the sins of ‘my people’ which in context must refer to Israel, with either God speaking (‘My people’) or the prophet speaking (‘my people’).” (See Answering Jewish Objections to Jesus, vol. 3, pp. 62-66.)

“Several key words in Isaiah 53 speak of a servant in the plural.”

Answer: “I’m surprised that you’re still using this objection! It is simply not true, as can be seen by checking even leading Jewish translations of the Bible. Those who claim that there are references to a plural servant in Isaiah 53 failed to realize the specific Hebrew grammatical forms being used and consequently mistranslated or misinterpreted the Hebrew text. These objections were answered decisively decades ago.” (See Answering Jewish Objections to Jesus, vol. 3, pp. 66-67.)