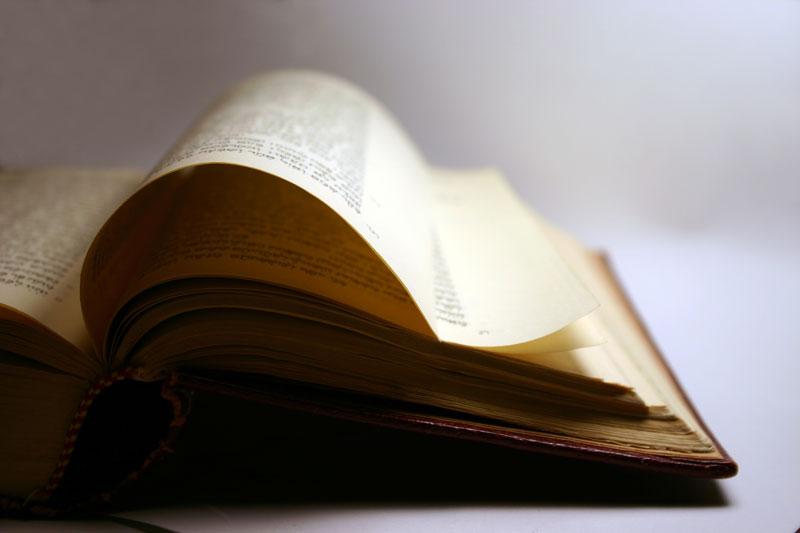 “The Jesus of the New Testament is hardly Jewish. In fact, he even refers to the Torah as “your Law” precisely because it was not his own.”

Answer: “Jesus stated emphatically that he did not come to abolish the Law and the Prophets but rather to fulfill them, and the primary focus of his earthly ministry was on reaching the lost sheep of the house of Israel. In all his teaching, he made reference to the Hebrew Scriptures, even stating to the Jewish leaders that if they truly believed Moses, they would believe him. After his death and resurrection, his followers continued in this pattern, living as Torah-observant Jews and pointing back to the Tanakh to support the Messianic claims of Jesus. How then can you possibly argue that this very same Law was not his own?” (See Answering Jewish Objections to Jesus, vol. 4, pp. 150-152.)

“Jesus was a false prophet. He claimed that his apostles would live to see his return, a prediction he missed by two thousand years. He also predicted that not one stone in Jerusalem would be left standing when the Romans destroyed it. Well, have you ever heard of the Wailing Wall?”

Answer: “The reason the New Testament writers preserved the prophecies of Jesus was because they were so accurate. This is a matter of common sense. There would be no reason to preserve and perpetuate his words if they were obviously false. To state that he predicted that his apostles would live to see his return is to misunderstand the clear context of his words and again, it begs the question of why those very apostles would pass those words on to posterity if they were completely false. As for his prophecies concerning the fall of Jerusalem, they are so accurate that some critics have argued that they must have been written after 70 C.E., when the Temple was burned down and the city destroyed by the Romans. In other words, because these scholars don’t believe in prophecy, they have to say that the words of Jesus were not really his at all but were written years later, after the fact. That’s how accurate his prophecies actually were! As for alleged exaggerations or misstatements, it is commonly known that the prophets of Israel often used hyperbole in their predictions, declaring that the country would be totally destroyed without any inhabitants left whereas in reality the many parts of the country were badly damaged with many people going into exile and no one called them false prophets. In comparison with the biblical prophets who went before him, Jesus’ prophecies show only the slightest hint of hyperbole, and if the use of hyperbole makes him a false prophet, then great prophets like Jeremiah and Ezekiel must also be called false prophets.” (See Answering Jewish Objections to Jesus, vol. 4, pp. 152-162.)

“Jesus was a cruel and undisciplined man. He violated the Torah by cursing—and hence, destroying a perfectly good fig tree for not bearing figs even though the New Testament writers tell us that it was not the time for figs. So much for your wonderful Messiah! He even called a Gentile woman a dog when she approached him for help.”

Answer: “Of course, this objection completely contradicts other common Jewish objections that recognize Jesus as a great teacher and exemplary rabbi but that claim that the departure from Torah devotion began with Paul (see 5.26 and 5.29). Nonetheless, to answer your objection, five points should be made: (1) During his ministry and at his trial, no such accusations were brought against Yeshua. If he was guilty of violating the Torah in these ways, surely some witness would have been found to attack him for this. (2) There is no record of any such accusations being made against him in the Rabbinic polemics against him in the first centuries of this era. (3) His cursing the fig tree was a prophetic sign and was not in violation of Torah law. (4) As for calling a Gentile woman a dog, he actually went many miles out of his way just to heal her daughter—such was his compassion! and he did this immediately after giving an important teaching that hinted at God pronouncing the Gentiles “clean” through the Messiah. (5) There are well-known Rabbinic statements over many centuries that would make the rabbis look like proud, self-righteous haters of the Gentiles if those statements were read without further Rabbinic commentary and explanation. In comparison with the Rabbinic statements, the words and actions of Jesus are very easily explained as truly representing the loving heart of his heavenly Father. And never forget that this Jesus whom you criticize as cruel and undisciplined laid down his life for you, as well as for every Jew and Gentile in the world.” (See Answering Jewish Objections to Jesus, vol. 4, pp. 162-177.)

Answer: “The same Gospels that preserve teachings of Jesus that you have just quoted state categorically that he came to save us from our sins (Matt. 1:21), that he gave his life as a ransom for many (Mark 10:45), that his blood was the blood of the new covenant, poured out for us (Luke 22:20), and that the message of repentance and forgiveness of sins had to be preached in his name (Luke 24:46-47). This hardly fits the description of someone who taught that complete salvation came through obeying the Law! Rather, Jesus used the Torah as a standard of righteousness and a means of convicting us of our sins and exposing our lack of obedience before ushering in the new covenant which granted us complete and total forgiveness through his death and through which we are called to a higher level of obedience than was possible through keeping the Law.” (See Answering Jewish Objections to Jesus, vol. 4, pp. 177-184.)

“The teachings of the New Testament may have started out Jewish, but before long, they became totally pagan. This was done intentionally, since the Jews rejected Jesus as Messiah and only the pagans would listen to the message.”

Answer: “This objection is fatally flawed from beginning to end. First, modern scholars, both Jewish and Christian, are increasingly recognizing that the teachings of the New Testament can only be rightly understood when they are read against their Jewish background. Second, all the major themes of the New Testament can be traced back to Yeshua himself and, beyond that, to the Tanakh. Third, plenty of Jews did listen to the message. Fourth, by the time the message of Jesus the Messiah had fully made its way into the Gentile world, the New Testament writings were already completed.” (See Answering Jewish Objections to Jesus, vol. 4, pp. 184-188.)

“Jesus was really all right. He was a good Jew and a fine rabbi. It was Paul who messed everything up and founded Christianity.”

Answer: “I’m glad you recognize that Jesus was a good Jew. But Paul (Saul) was a good Jew as well, faithful to Israel’s Torah and faithful to Israel’s Messiah. His teachings are in complete harmony with the teachings of Jesus, despite the assertions of some authors who claim that Paul deviated from the pattern established by Jesus and his disciples, founding an alien new religion called Christianity. The consistent testimony of the New Testament—which includes the things Paul said about himself as well as the things that others said about him affirms this point. What was unique about Paul was his calling to the spread the good news about Jesus to the Gentiles, but even in this, he passed on to them the truths he had received as opposed to creating his own innovations—and always kept Israel’s salvation foremost in his mind.” (See Answering Jewish Objections to Jesus, vol. 4, pp. 188-202.)

“If you study world religions, you will see that the teachings of Jesus borrow extensively from Hinduism and Buddhism.”

Answer: “There is absolutely no substance to this argument, and it can easily be refuted. First, there are parallels that exist in all world religions, and you could just as well argue that the traditional rabbis borrowed extensively from Hinduism and Buddhism as you could argue that Jesus did. Second, there is a not a stitch of scholarly evidence that Jesus had any connection or contact with these religions. Third and most importantly, his teachings clearly contradict these religions in many foundational, irreconcilable ways.” (See Answering Jewish Objections to Jesus, vol. 4, pp. 202-204.)

Answer: “As Messiah, Yeshua was the ultimate Torah teacher, showing us how the entire Hebrew Bible reached fulfillment in him and also giving us deep spiritual insights into how the Torah could remain relevant for the Jewish people in generations to come, even when we would be scattered throughout the world, without a Temple, a sacrificial system, or a functioning (earthly) priesthood and he did all this without the need for an endlessly growing corpus of laws and traditions. Once the Temple was destroyed in 70 C.E. only two major systems of faith remained for the Jewish people, that of the Pharisees, developing into Talmudic Judaism, and that of the Messiah, developing into the Messianic Jewish/Christian faith. Although there is much beauty and wisdom in Talmudic Judaism, Messiah has given us a better way.” (See Answering Jewish Objections to Jesus, vol. 4, pp. 204-236.)

Answer: “I understand why you hold to this position, but it is actually a serious misconception based on several factors: (1) Paul (whose Hebrew name was Saul) took the message of the Messiah to the Gentiles without requiring them to follow the Torah; (2) Paul clearly explained that we are ultimately made right with God through faith (which is followed by a pattern of good works) rather than by our good works themselves, since none of us can fully live up to the Law’s requirements; (3) some of Paul’s teachings are quite deep and complex and have therefore been misunderstood; and (4) Paul emphasized how God had broken down the barrier that separated Jews from the Gentiles, uniting them in one spiritual family in the Messiah; (5) Paul clearly viewed the Torah from a different perspective in light of the in breaking of the Messianic era. But this does not mean that Paul taught that the Torah was now null and void. To the contrary, Paul lived and died as a Torah-observant Jew and never taught that Jewish believers in the Messiah should abandon the Torah, although it appears that if taking the good news of the Messiah to the Gentiles meant that he sometimes had to break a certain law or tradition—such as a dietary restriction then he would be willing to do that for the sake of their salvation, a principle that could even be deduced from Rabbinic thinking as well.” (See Answering Jewish Objections to Jesus, vol. 4, pp. 236-265)

“The Torah is forever, every jot and tittle, and only traditional Jews keep it. In fact, even the so-called new covenant of Jeremiah 31 says that God will put the Torah in our hearts. Therefore, since Jesus abolished the Torah, he cannot be the Messiah.”

Answer: “We addressed this in 5.2829, refuting the objections that Jesus and Paul abolished the Torah. As for traditional Jews being the only ones who keep the Law, they are to be commended for their tremendous zeal and devotion to the Law, but they must be challenged as to the endless human traditions they have added in the name of the Law (see vol. 5, 6.1, 35), and they must be questioned as to their missing the one of whom the Law and the Prophets spoke. Regarding the new covenant, see below, 5.34.” (See Answering Jewish Objections to Jesus, vol. 4, pp. 265-266.)